Orange cones placed along the east side of Ajijic’s Calle Morelos appeared last weekend to prevent cars from parking along the street running through the town’s main shopping district to the foot of the pier.

It is apparently the first step in reviving the Andador, an initiative to expand pedestrian access to the zone that was started several years ago and abandoned after a controversial year-long trial run. 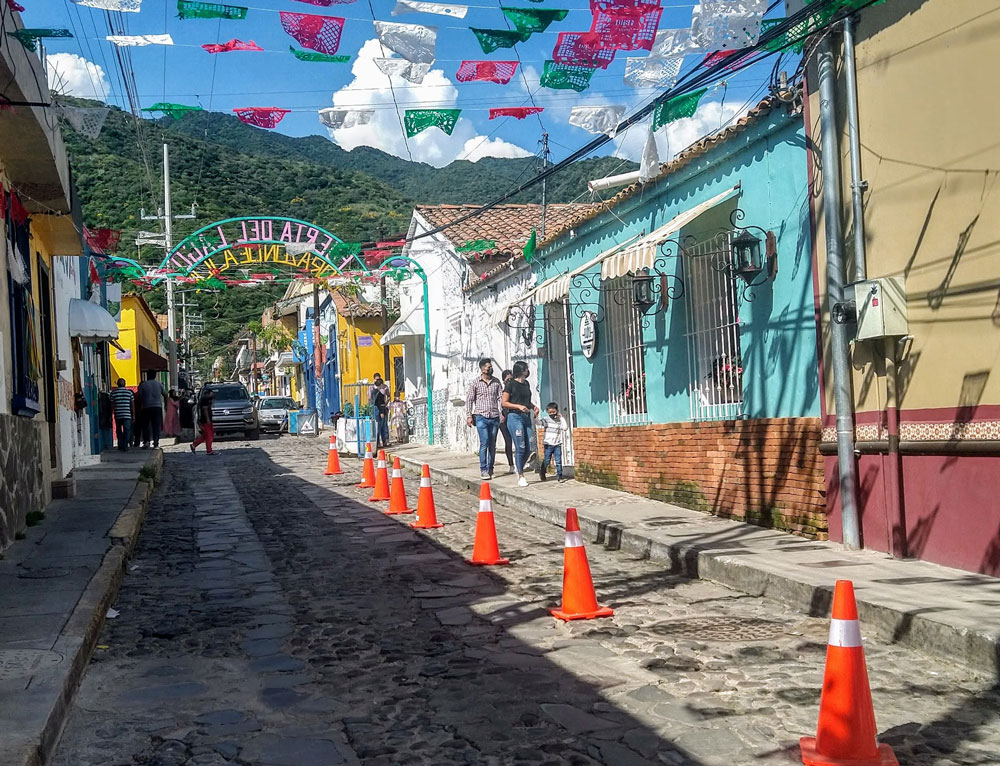 But local officials have yet to explain the purpose and plans entailed in the parking ban.