The process of restoring Ajijic’s Capilla del Rosario finally began the last week of March, following the installation of wood scaffolding to shore up the crumbling roof and ceiling, shown here by project architect Josué Ramos.

Efren González has raised $US700 to support the restoration work with an online auction of a handsome painting of the chapel that he created live before the public while seated at the plaza on April 17. 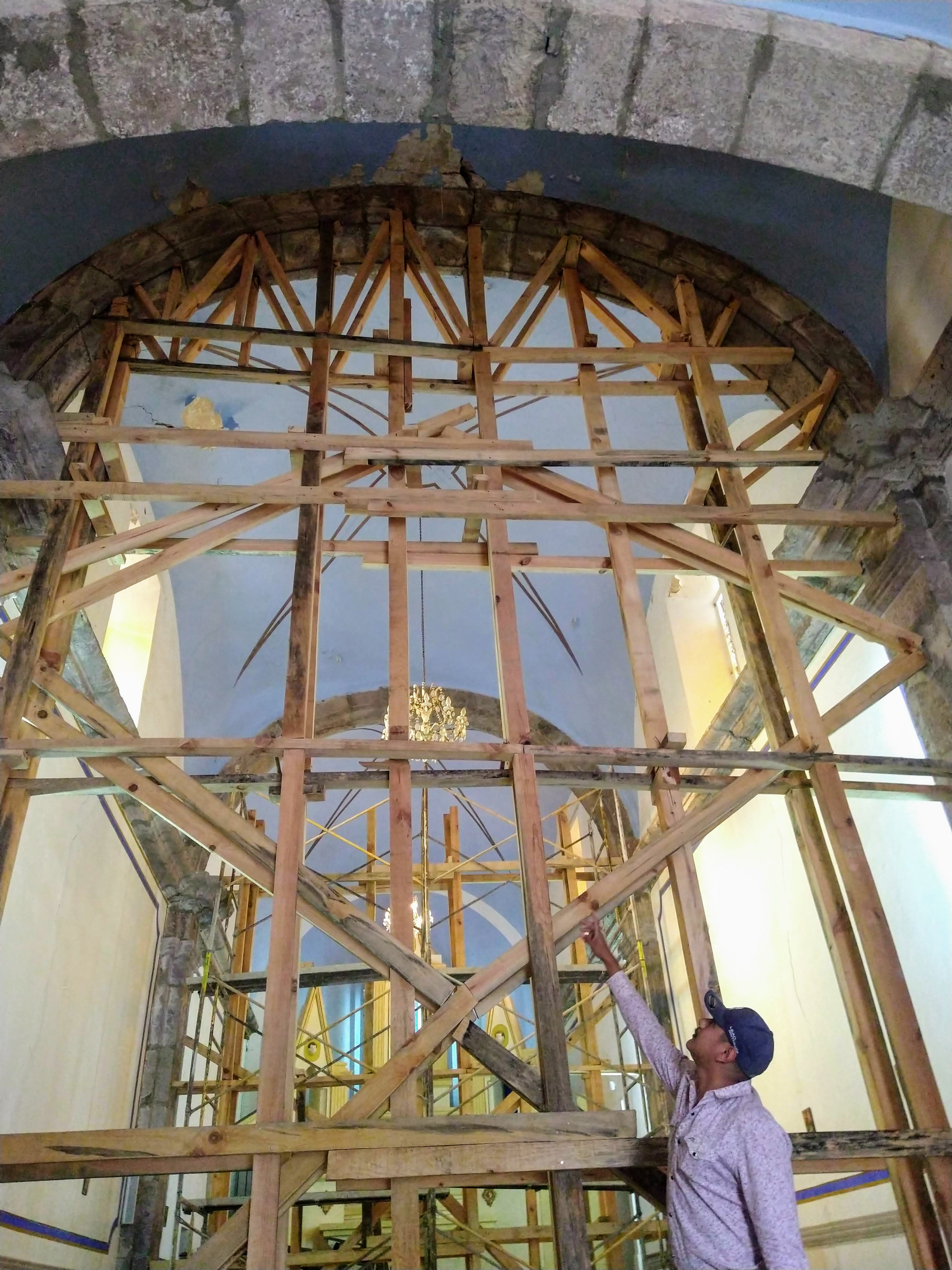 Fundraising efforts organized by the Sumando Voluntades steering committee continue Sunday, May 8, from 10 a.m. with a bazaar of second-hand goods set up on the esplanade in front of the chapel.