Agents of the Jalisco Prosecutor’s Office (FGE) detained three alleged members of an organized crime gang during an undercover operation conducted in central Chapala on Tuesday, May 3.

The officers were screening the Colinas de Chapala neighborhood in relation to the case of a missing teenage girl that is under investigation by the state’s Special Prosecutor for Disappeared Persons (FEPD). While there, they detected the presence of several men spotted carrying firearms.

On noticing the police vehicles, the individuals holed up in a presumed criminal safehouse in an attempt to evade the authorities before opening fire against them. The FGE agents managed to quell the aggression and apprehend the suspects. In the process they seized various firearms, bulletproof vests bearing initials of a crime cartel, a bag containing narcotics and a motor vehicle. 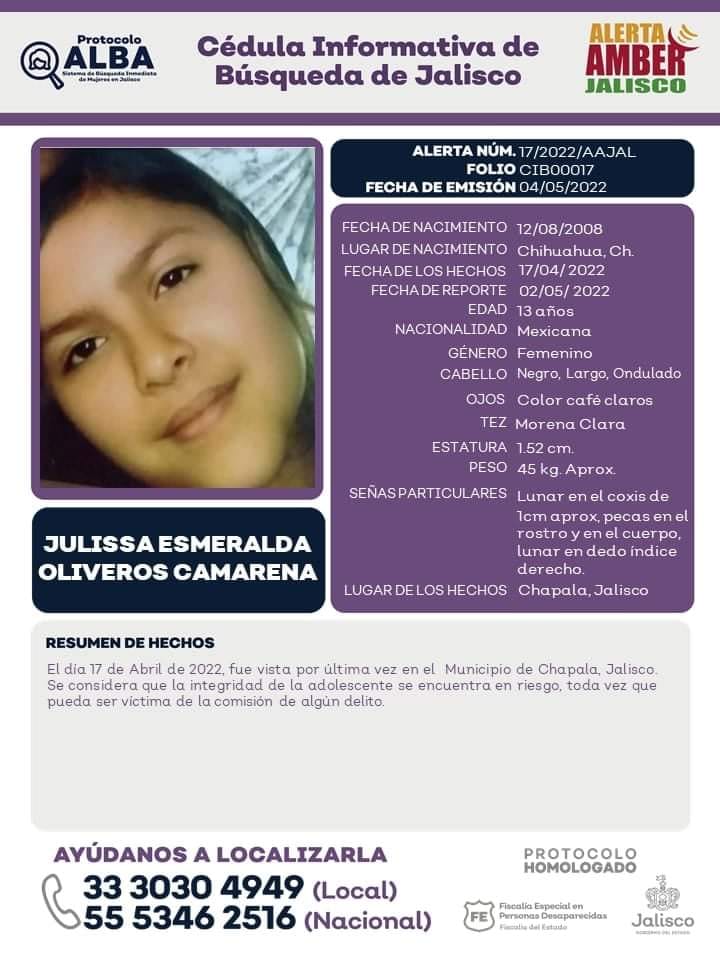 The brief gun battle and subsequent arrest of the suspects ensued during a police search for 13-year-old Julissa Esmeralda Oliveros Camarena, who vanished on April 17 after an outing to Chapala’s Cristianía Park. Although an Amber Alert poster showing her photograph and personal identification data has circulated widely on social media, the teenager has not yet been located.