Night owl residents of Lake Chapala’s north shore were left wondering whether aliens from outer space were on the verge of a close encounter with earthlings as they gazed into the heavens on the night of Wednesday, September 7.

Stunned at seeing bright lights that appeared to rotate in the sky, a number of people from Chapala, Ajijic and Jocotepec captured video and photo images on their smart phones that quickly went viral on social media. Among them was renowned cartoonist Trino Camacho, who spotted the strange UFO occurrence while out for a late night stroll along the Ajijic Malecón. “I’m a skeptic, but in view of this image I don’t know what to think,” he  wrote to accompany a video clip he posted on Twitter. 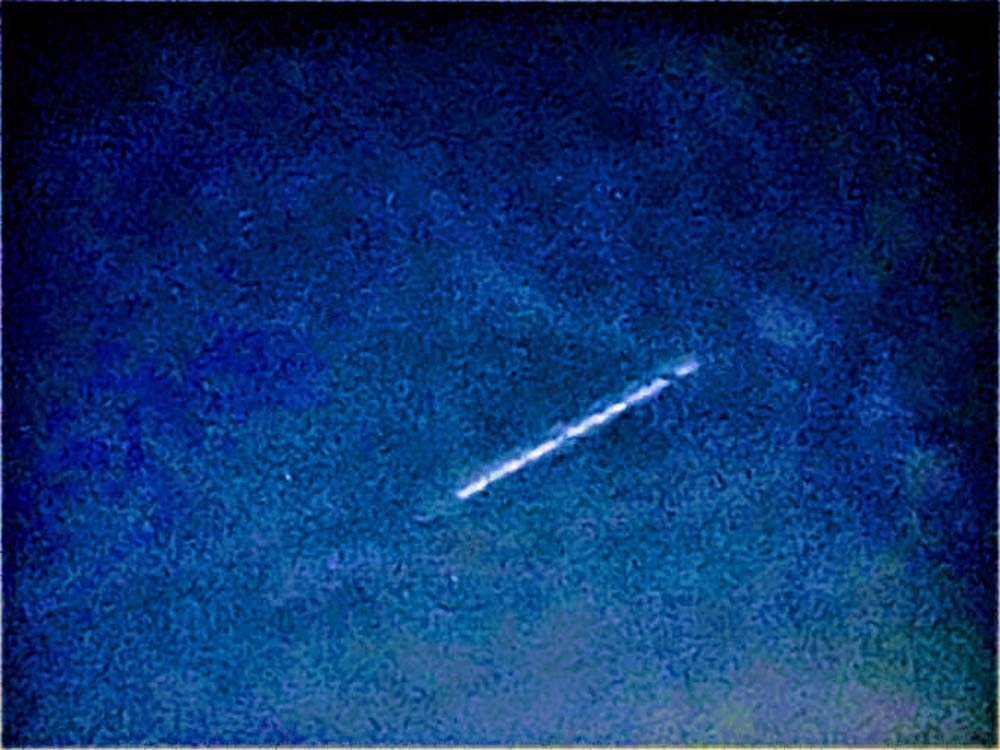 Similar mysterious sightings were reported between 10:30 and 11 p.m. in the municipalities of Ameca, Magdalena and Tequila, as well as parts of the Guadalajara metro area. The likely explanation for the UFO quandary is that the lights emanated from a string of 51 Starlink satellites that happened to be passing over Jalisco on the night in question. A scientist working at the Univiersity of Guadalajara Instituto de Astronomía y Meteorología suggests viewers may have been confused by prevailing weather conditions that made the satellite series look like a single spinning spacecraft.

Starlink is a project launched by Elon Musk’s Space X enterprise program designed to to provide Internet access to 40 countries around the earth.  The constellation of mini-satellites circle the planet a low altitude around 550 kilometers above the surface.