With less than five hours advance notice given by the Chapala government, the city’s main intersection on Avenida Madero at Hidalgo was closed to through traffic Wednesday, November 9 at 9 p.m., in order for workmen to begin resurfacing the street with hydraulic concrete. 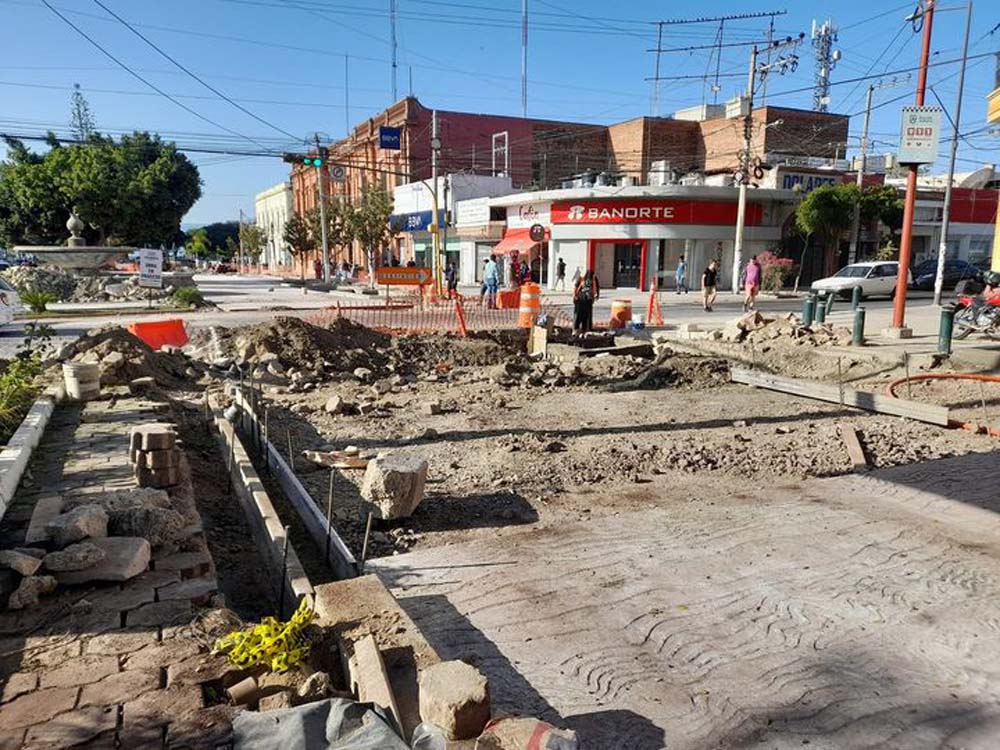 The temporary closure is scheduled to continue until 8 a.m. Sunday, November 13, once the installation and hardening process of the new material is complete.

In the meantime, traffic heading to and from downtown Chapala will be detoured via two alternate routes.

Vehicles entering Chapala from the east on Hidalgo are being directed to turn left at the Hotel Montecarlo and zigzag through the Lourdes and Tepehua neighborhoods to enter Madero at Calle Manzanillo. The exit from downtown runs from Madero opposite the bus terminal following Calle Miguel Martínez, Niza and Lourdes.

A longer but less circuitous alternative is to take the Libramiento bypass and avoid Hidalgo altogether.

Public transportation passengers traveling on full size buses are being routed to and from the Central Camionera terminal via the Libramiento. Those taking the smaller inter-urban buses from Chapala to Riberas del Pilar, San Antonio Tlaycapan and Ajijic may board at the bus stop ßopposite the west end of the Malecón or ride in the reverse direction to travel west.

The repaving of the Madero-Hidalgo intersection signals that work on the first stage of the main street renewal project is coming nearer to a December conclusion, as projected a couple of weeks ago by Mayor Alejandro Aguirre.