Frustrated with the failure of the National Water Commission (Conagua) to take action against unlawful incursions along Lake Chapala’s shoreline federal zone, local activists demanded entry to the session of the Operation and Oversight Commission (COVI) of the Lerma-Chapala Basin Council held Thursday, November 10 at Ajijic’s Hotel Real. 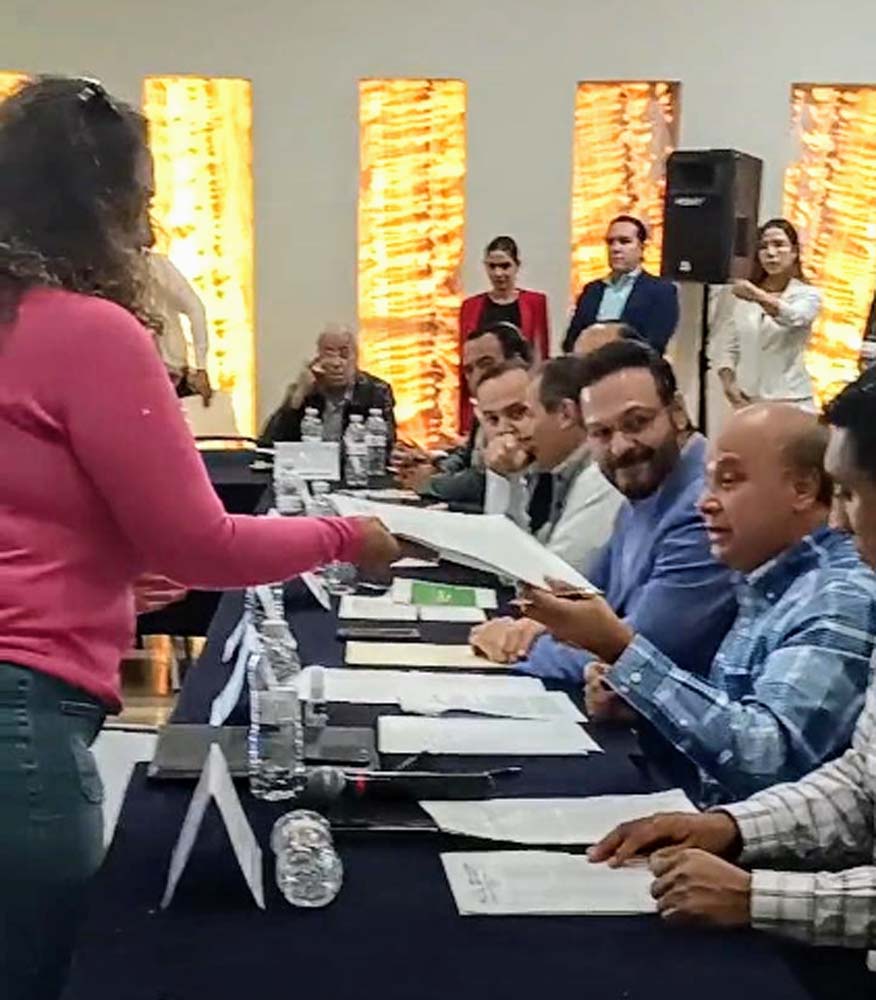 Their mission: to air their grievances and present documentary evidence of multiple violations.

Although guards posted at the door tried to prevent her admission to the meeting, Sociedad de Amigos del Lago president Alicia Córdoba López stood her ground until she was able to get inside.

When Ernesto Romero Cárdenas, the Council’s technical secretary—and chief of Conagua’s Jalisco office—was on the verge of reading out the COVI agreements, Córdoba interrupted him, denouncing the attempt to bar her from the meeting, and speaking out on behalf of local citizens  involved in the “anti-fences” movement that seeks to halt federal zone invasions and restore free access to public lands bordering the lake.

Córdoba acknowledged that Chapala Mayor Alejandro Aguirre used his seat on the Council to champion her admission to the event and allow her the opportunity to state her case.

Córdoba proceeded to deliver copies of documents and photographs previously put in the hands of Conagua-Jalisco demonstrating landfill, fencing and construction projects aimed at expanding private lakefront properties and, in some cases, making way for new housing developments. In addressing the COVI representatives, she stressed that “for year after year” citizens have hounded Conagua officials to fulfill their legal duties to keep tabs on the federal zone and apply sanctions for violations, but “there has been no response.”

After receiving the documents, Romero Cárdenas offered an apology to Córdoba, agreeing that the doors to all council meetings should always be open to the public.

“We do not know what happened, but we will review and investigate (the incident), so that this never happens again,” he said.

Romero Cárdenas refrained from commenting on the complaints of Conagua’s deficient management of Chapala’s federal zone and lax enforcement of the regulations.