Ajijic native son Antonio López Vega was one of the artists representing 20 Pueblos Mágicos invited by Tequilera Corralejo to submit designs for a line of commemorative bottles to be produced for its añejo tequila, aged for 99,000 hours. 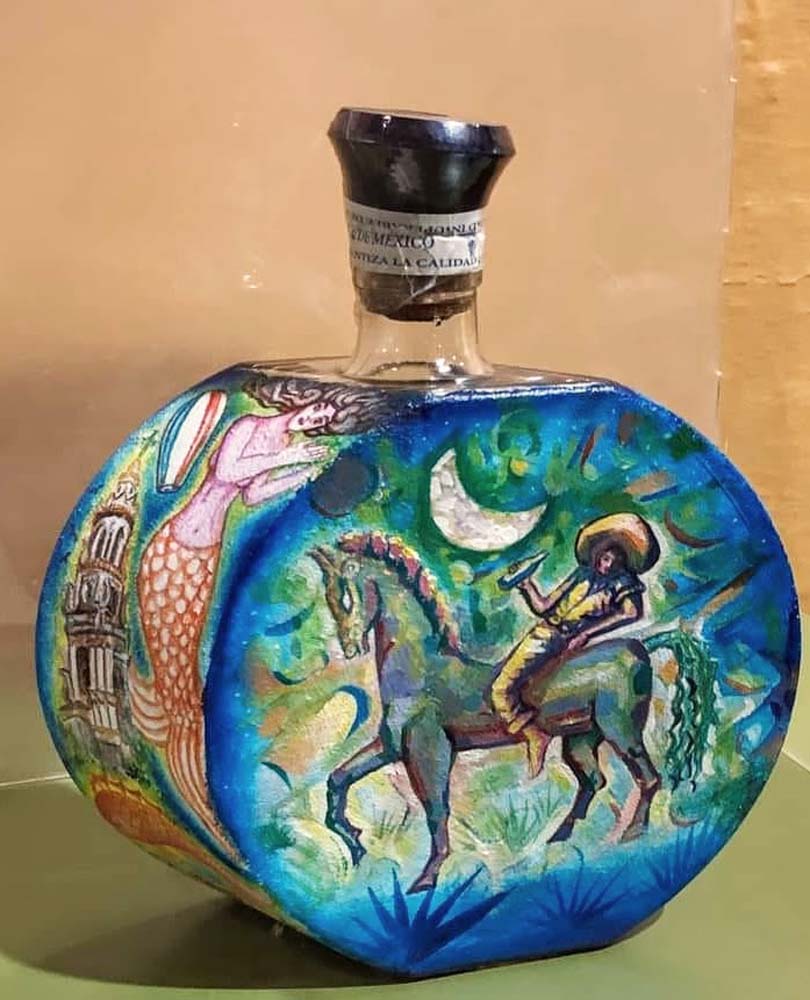 Entries in the Guitarras de Media Noche competition were exhibited during the festival honoring the legacy of Mexico’s famed singer-songwriter of the ranchera musical genre. Born in Dolores Hidalgo in 1926, the “King of Ranchera” composed songs now considered to be the foundation of modern Mexican music.

The front side of López Vega’s bottle design depicts a heartbroken horseman riding in moonlight, the theme of  the song “El Jinete.” The side panels are adorned with images reflecting Ajijic’s Pueblo Mágico characteristics. His work was awarded second place in the contest, with first going to Edith Bañuelos Álvarez from Guadalupe, Zacatecas.