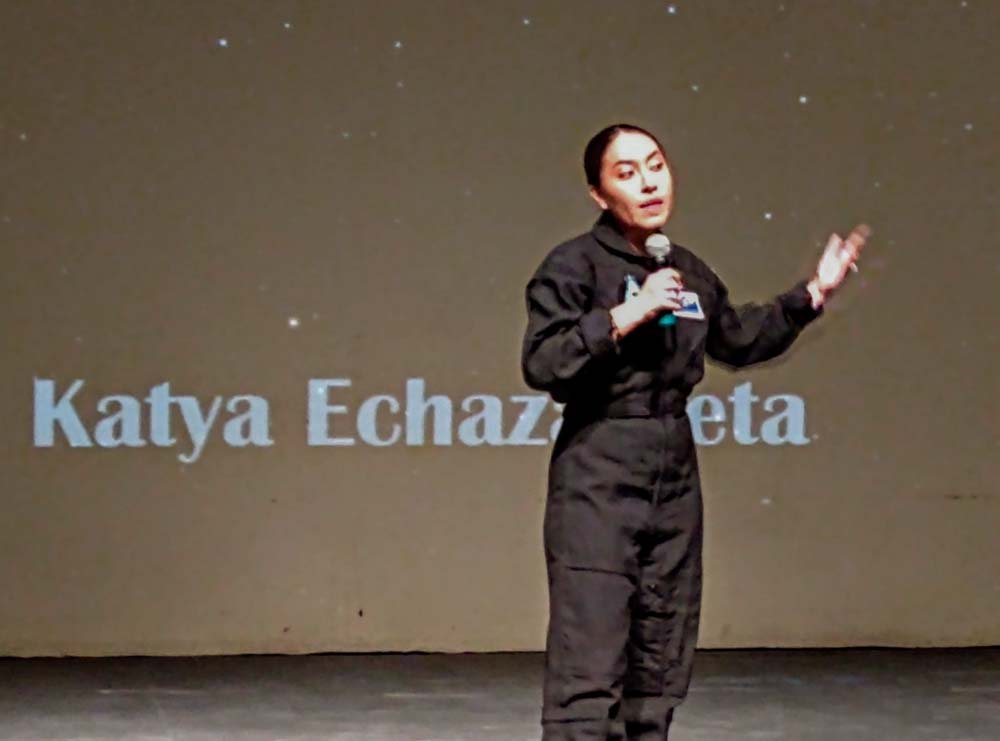 Petite in stature, now a giant in the nation’s scientific hall of fame, Echazarreta addressed a standing-room-only audience primarily composed of nearly 400 lakeside area students. The essence of  message to local youth: literally or figuratively, shoot for the stars.

Following an introduction as the guest of Chapala Mayor Alejandro Aguirre and his first lady Erika Torres Herrera, the program opened with a short video about Echazarreta’s experience as a Space for Humanity Ambassador aboard the Blue Origin NS-21 mission. The 27-year-old astronaut then spoke for close to one hour, oozing both self-confidence and modesty while recounting her life story and aspirations for the future.