The rehabilitation of Ajijic’s Calle Revolución on the entire stretch between the central highway and Lázaro Cárdenas has been in progress since the first of this year, with Max Macias Arceo, the town delegado, in charge of supervising the project. 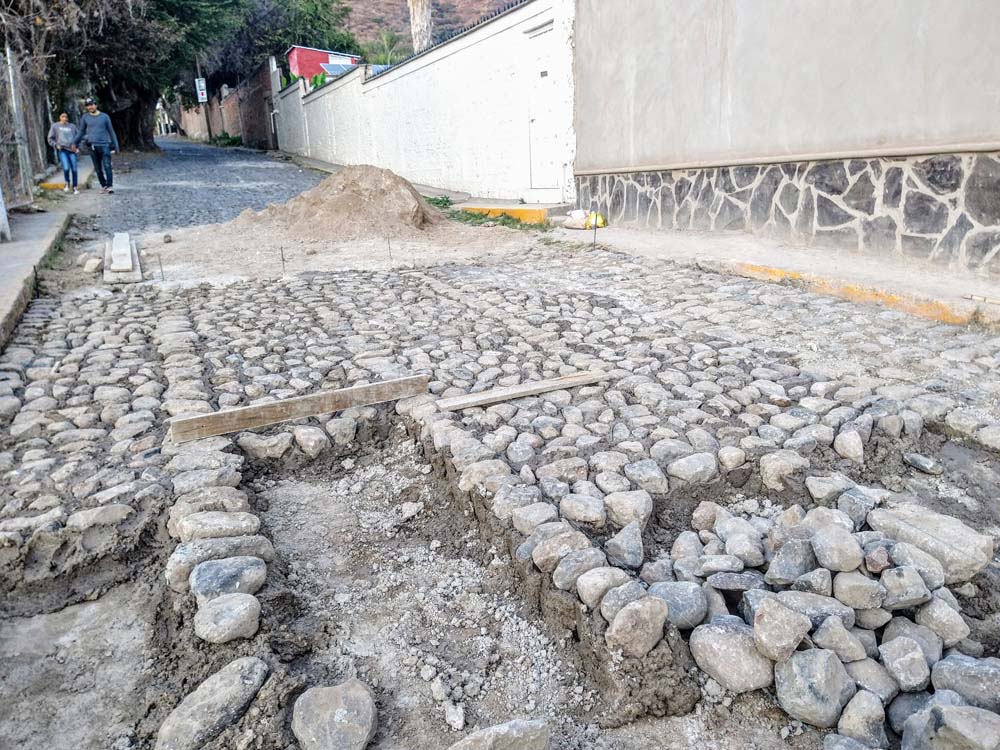 Chapala’s Department of Public Works is providing the manpower, while some residents who are frequent travelers on the street are pitching in to cover material costs.

Macias reports that the project entails repaving the center of the lane with cobblestones fixed in cement, with traditional cobblestones held together with earth lining narrow extremes on either side. This method is presumably aimed at satisfying townspeople who advocate for the old-style cobblestones that permit absorption of rain water, as well as those who favor cementing the rocks together for greater durability.

Revolución is actually an arroyo that was turned into a street to accommodate vehicular traffic that has increased significantly as the town’s development has grown in the direction of the neighboring mountain range and eastwards for the construction of new housing.  As a natural water channel for rainy season runoff, the roadway has frequently been subject to major washouts in the aftermath of intense summer storms. Macias is hopeful that it will henceforth hold up better against extreme damages.

The delegado stresses that he is not handling money ponied up by neighbors. Contributions to pay for cement are collected and recorded at the Aceros y Materiales Hnos. López building supply and hardware outlet located on the service road north of the highway between Calles Aldama and Encarnación Rosas. At the rate that work is advancing he expects the project will be completed in about four more weeks.

He also mentions that homeowners in the San Juan de las Colinas and Rivera Alta residential complexes have taken on the repair of Prolongación Lázaro Cárdenas that feeds off Revolución to the east.