As of Tuesday evening, Jalisco has reported seven positive cases of Covid-19.  The total for Mexico stands at 93.

Jalisco Governor Enrique Alfaro has ordered the closure of all bars, nightclubs, event halls and casinos in the state. He is also demanding restaurants, movie theaters and gyms implement stricter hygiene procedures. 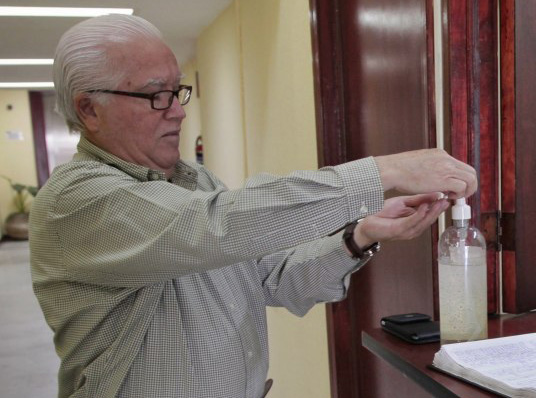 Restaurants in Jalisco must reduce their capacity by 25 percent, and movie theaters by 50 percent, Alfaro announced.

Mexico has no immediate plans to close its borders or restrict entry to foreigners, President Andres Manuel Lopez Obrador has confirmed.  Tourists who are in the country and develop symptoms will be treated the same as Mexican citizens, he promised.

After fierce criticism, the president said he would stop “hugging and kissing” his supporters and reduce attendance at his rallies, but would not suspend them for the time being.

Millions of seniors will get a four-month advance on their “universal pensions,” Lopez Obrador said Wednesday. Business leaders have asked the federal government for the suspension of all income tax (ISR) commitments until further notice.

The Mexican peso has become another victim of the virus. Wednesday morning, it was trading against the U.S. dollar at around 24.29.