Lupita Jones, the first Mexican to win the Miss Universe crown in 1991, has thrown her hat in the ring to run for governor of Baja California, under the banner of the tri-party coalition that brings together the Partido Revolutionario Institutional (PRI), Partido Accion Nacional (PAN) and Partido de la Revolution Democratica (PRD). 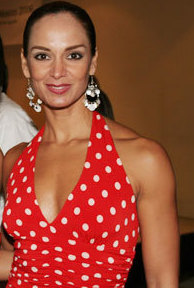 In a press conference this week announcing her decision, Jones said her beauty contest background has “never been an obstacle” for her in accepting and facing challenges.

Since winning the Miss Universe title, Jones has remained in the organizational side of the beauty pageant world, while endorsing and getting involved in humanitarian causes, as well as dabbling in acting. In 2000, Jones accepted an appointment as UNFPA Goodwill Ambassador and Face to Face campaign spokesperson for Mexico.

In 2015, in response to negative comments about Mexicans by Donald Trump, part-owner of the Miss Universe organization, as head of Nuestra Belleza México, Jones backed the withdrawal of the 2015 contestant from Mexico and urged a boycott of products associated with that year’s pageant.

During her press conference, Jones said she has never belonged to a political party, and that she sees herself as a “citizen candidate” whose goal is to create “unity” and “lead a project far superior to the interests of a few.”

Although she trails in the polls in third place, Jones said she was confident of winning, adding that her main aim is to “rebuild Baja California” and end “the polarization that exists in the country.”