a central part of which are proposals to reinvent (and rename) the National Electoral Institute (INE), the internationally respected and independent organization that organizes federal elections. 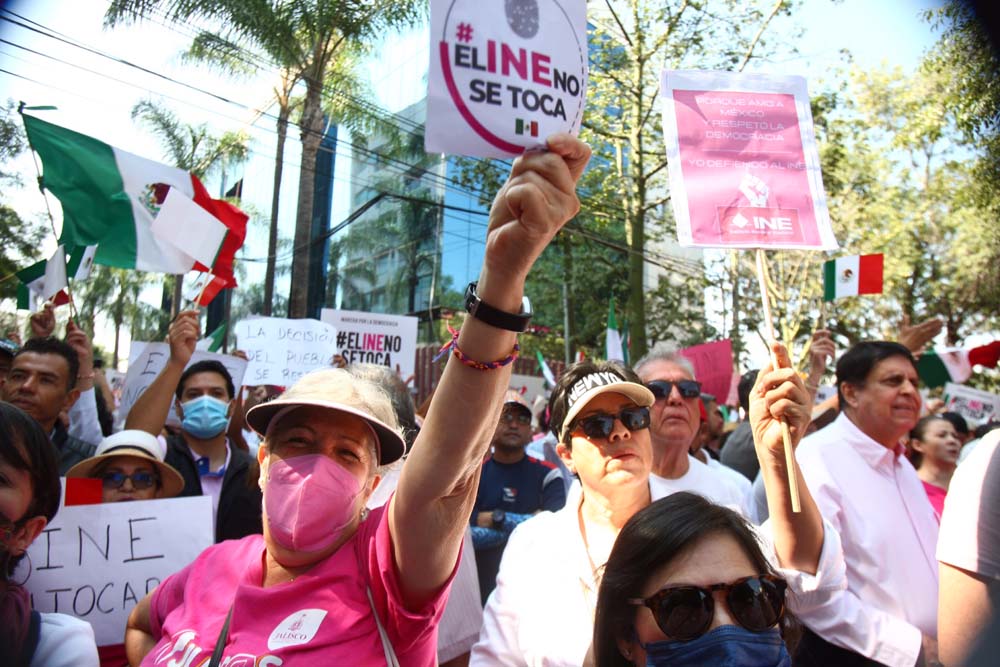 The largest gathering was in Mexico City, where estimates of the turnout varied widely, with organizers calculating the figure at around 200,000.

Non-governmental organizations and opposition politicians had urged citizens to participate in the march, which was described as less a protest against the president himself, but more an urgent call for legislators to vote against the proposed reforms. Although AMLO’s party, Morena, has the majority in the Chamber of Deputies (lower house) and Senate, votes from the opposition would be required to pass a constitutional amendment.