Viva Aerobus has become the official Mexican airline of the NFL franchise, the Las Vegas Raiders.

“We have strong ties to Mexico and are grateful to our loyal fan base there. We are committed to continuing to grow Raider Nation in Mexico,” said Sandra Douglass Morgan, President, Las Vegas Raiders. As a result of this alliance, Viva Aerobus has decorated one of its Airbus aircraft with the iconic Raiders imagery. 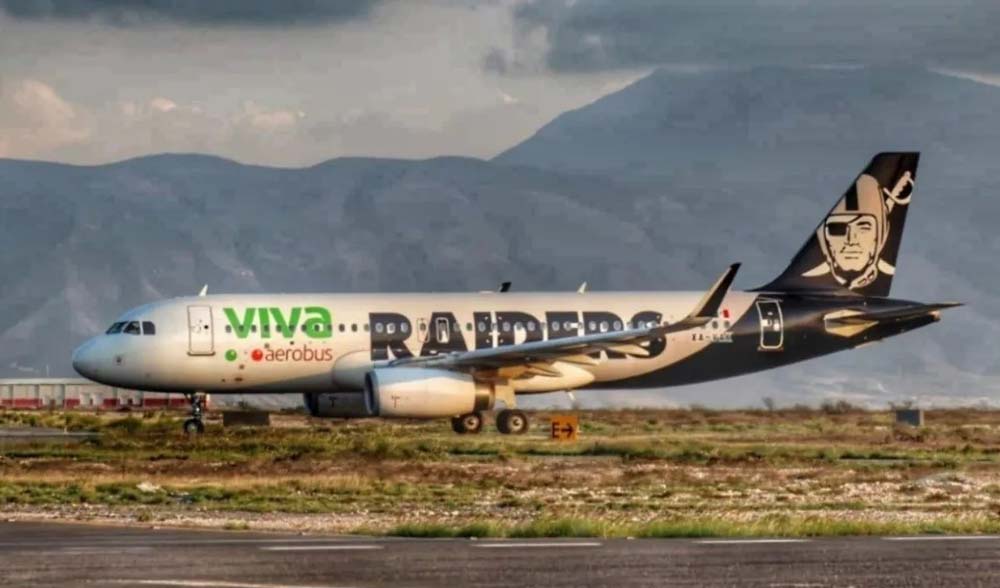 The airline says it will promote opportunities for passengers to win trips, exclusive access and tickets to Raiders games at the Allegiant Stadium in Las Vegas. Viva Aerobus currently operates two routes to/from Las Vegas: a daily flight from Mexico City and four times a week from Monterrey.

Mexico is now the second-most important international travel market to Las Vegas, only behind Canada.