When born in Billings, Montana on October 24, 1929, John Herbert Jones, Jr. supposedly took a single breath of air and began singing – at least according to his mother.  “And he was the only one in the family who could sing on pitch,” she added, comparing his voice to those of his four sisters. 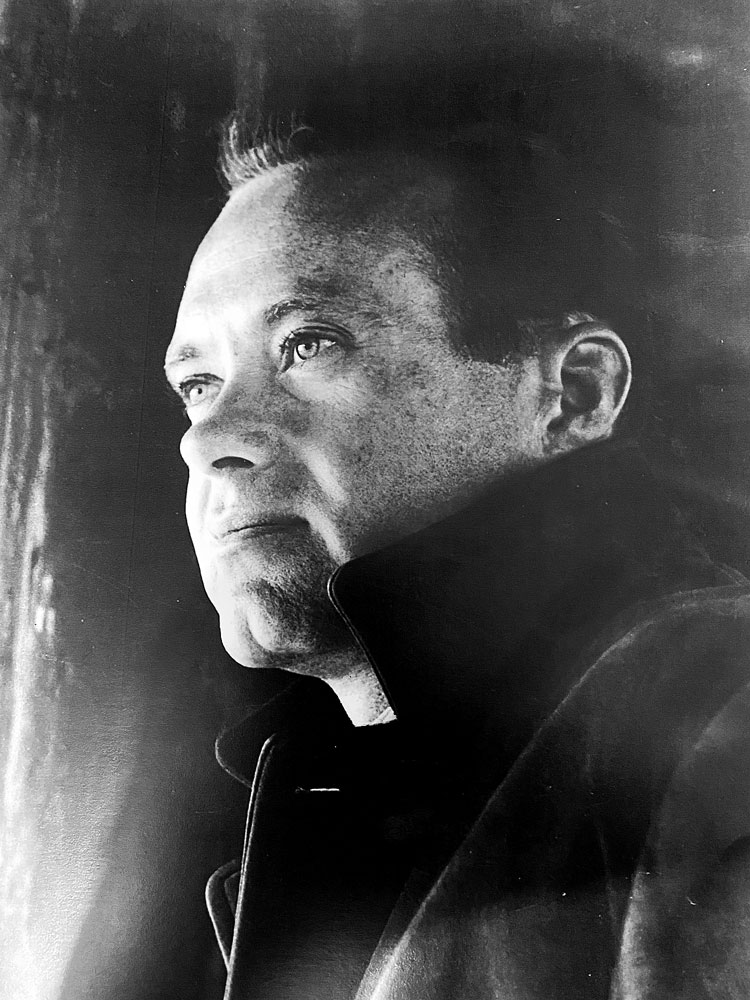 Jones, Jr., a professional singer for many years and a member of  Los Cantantes del Lago choir, died Saturday, January 7, at the age of 90.

John’s singing matured at the United Methodist Church in Polson, Montana, during high school years, continuing to develop at the College of Puget Sound in Washington State, where he earned a Bachelor’s degree in Music and his first Masters of Music degree. His second masters – majoring in voice – he earned at Louisiana State University in Baton Rouge, Louisiana.

John won auditions during summer breaks for a variety of summer stock companies’ musical productions, mostly performing second leads at the Texas State Fair Musicals in Dallas, a highly acclaimed company that attracted Hollywood and Broadway stars to their stage.

When his college years ended, another large institution beckoned: the U.S. Army, where (as he jokingly put it) he fought “the battle of Camp Roberts” (California) as a chaplain’s assistant, playing piano or organ for all the denominations. His training served him well afterwards, including a solo on the Metropolitan Opera Auditions of the Air.

More traveling musical company roles led to passage money allowing him to travel to New York City. Not really expecting much, but young and optimistic, he went to an Equi-ty audition for the smash hit of the decade, “My Fair Lady.” His first New York audition, and he not only got into the show, but received a contract with a rider making him the understudy of the young romantic lead, Freddy Eynsford-Hill, having him perform opposite Julie Andrews and Rex Harrison – which he did more than 200 times during the years he remained with the show.

Among his many later Broadway musicals were “Applause,” starring Lauren Bacall, Ann Baxter and Arlene Dahl; “Carnival” with Liza Minelli; and “Carousel” with Ann Blyth.

Classical music was his primary focus of genre while in school and when he learned that an audition for a tour by the Metropolitan Opera National Company – operated by Rise Stevens – was about to be held, he rushed to attend. He was hired as a baritone with small but significant roles. He was only momentarily hesitant; the tour was to last a year, taking in Canada, the United States and Mexico, touchy for a new New York relationship with partner Allen.

The tour won and the relationship survived, but age had moved him into the bracket that made John realize he was too old for juvenile roles, but too young for character roles. He compromised by “playing office” as he put it, for a few years, only occasionally taking singing “gigs.”

Then he visited Mexico and a new world, life and beginning opened up. They even had English language theater there and weren’t strict about age-casting. He saw 14 houses in one weekend, and returned to New York to spend the entire first night convincing Allen to move to San Miguel de Allende. They stayed for 17 years, later moving to Lakeside, where he immersed himself in every Los Cantantes production.

John is survived by his sister Janet, and his life partner of 62 years, Allen McGill, another theatrical performer. A service will be held at St. Andrew’s Church in Riberas on Saturday, January 25.  Finger food dishes to share would be appreciated. 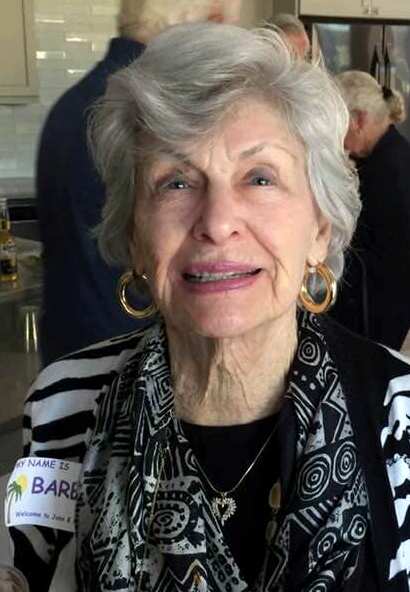 Clark was born on July 19, 1927 in New York City, the daughter of Robert and Ida Uttal.  She married Myron (Mike) Weston in 1946 and together they opened Uttal’s Luggage and Leather Goods in Yonkers, New York. They settled in Mount Vernon, New York where she had grown up and graduated from Davis High School.

In the early 1970s, once their three children were out of college and independent, the couple sold the store, bought an RV and set off to see the country. They ended up spending the winter in Mexico. On that journey they fell in love with the Lake Chapala area. They returned to the United States to sell their home in order to put down roots and enjoy early retirement at lakeside.

The couple developed strong friendships in the community, especially through their participation in Lakeside Little Theatre, where they met and became close to fellow members Ted and Mildred Clark. In 1985, Ted and Barbara formed a business partnership to open and operate Barbara’s Bazaar in Ajijic, one of the area’s first consignment shops.

After Mike passed away in 1992, Barbara sold the store to Tom Thompson, who kept the name as the business continued to grow and prosper. She moved to Florida in 1994, where she reconnected with Ted, who by then was a widower. They married soon after, living happily for 25 years. The couple resided in Florida until just under two years ago, when they relocated to Hilton Head, South Carolina, to be near Barbara’s sister, Maxine.

A funeral service was held January 12 at Congregation Kol Ami, in White Plains, New York, followed by burial at Mt. Pleasant Cemetery. Donations in her memory are welcomed to Hadassah, the Nature Conservatory, and the American Heart Association. 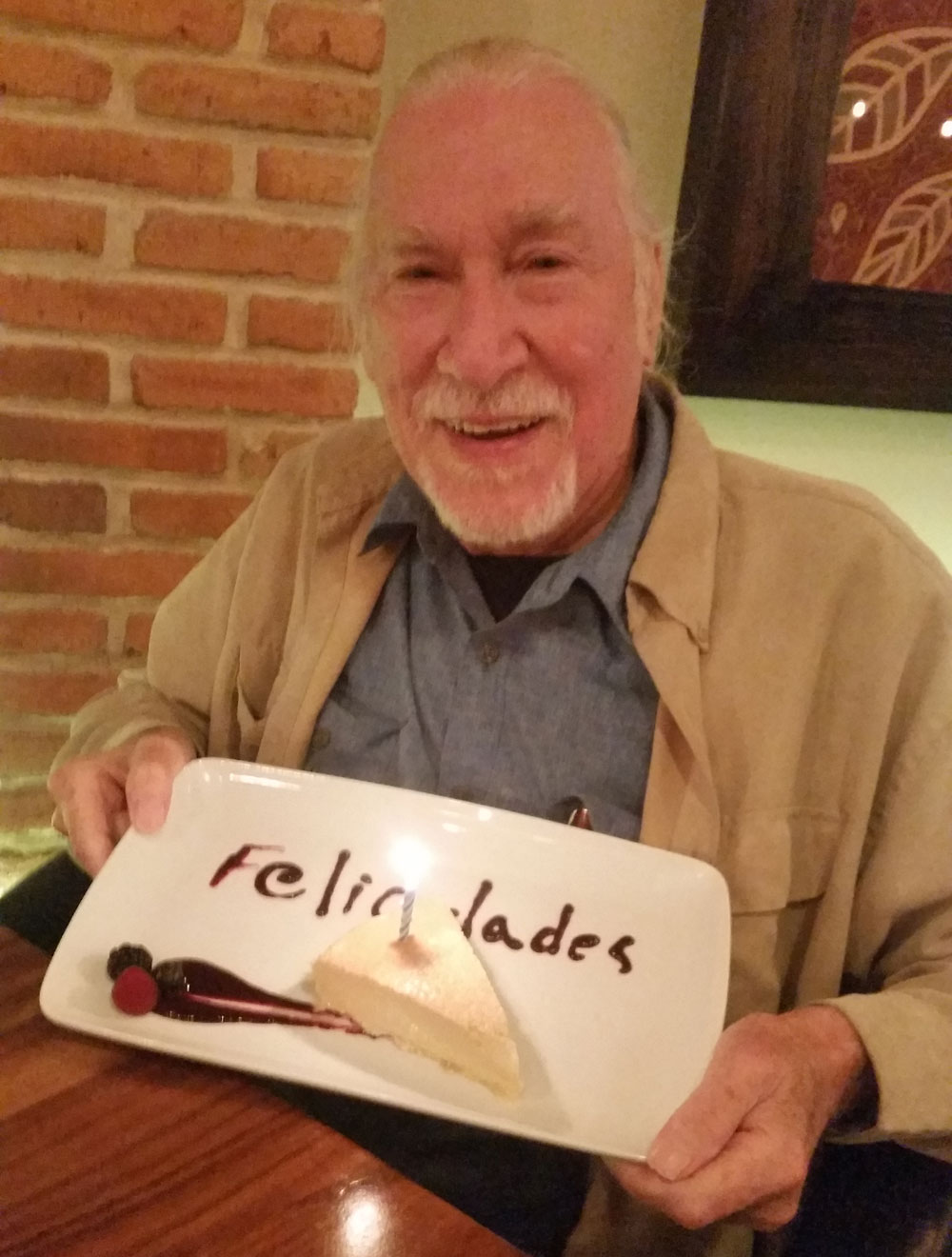 McDonald graduated from Sherman High School and the University of Texas.  He worked as an accountant in Toledo, Ohio; San Francisco, California; Monroe, Louisiana, and Atlanta, Georgia, before retiring from Owens-Illinois Packaging and moving to Ajijic about 20 years ago.

For many years McDonald was an important member of the board of directors of the Feria Maestros del Arte. He was also an active volunteer behind the scenes at Lakeside Little Theatre.

McDonald is survived by his brother Philip Dale McDonald and wife Patty of Fairview, Texas; sisters-in-law Patsy McDonald and Ida McDonald of Houston, Texas; plus numerous nephews, nieces and cousins, who loved him dearly.  He was preceded in death by his eldest brother Joe Harry McDonald, and brother Don Kay McDonald.

A celebration of McDonald’s life of was held at La Paceña restaurant on January 15.  Family and friends say he was a man with a gentle soul who will be greatly missed by many people.