Franklyn Dunne died of cancer April 7 in Guadalajara. He was 75 years old. 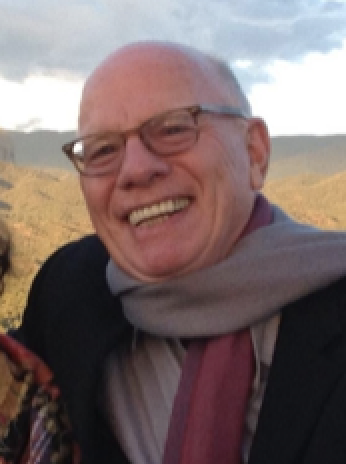 Dunne, described as “a fine man,” generous, outgoing, progressive, athletic and cultured, was raised in Rockville Centre, New York, and attended Chaminade High School, Manhattan College and the University of Massachusetts. He was a championship swimmer and served in the Peace Corps in Somalia.

He worked for years for his uncle Frank Miritello’s firm, F.J. Neill Co. When visiting Guadalajara on business in 1990, he met his future wife Alma del Villar while sitting next to her at a concert in Teatro Degollado. The two visited each other through the following 16 years until they married in 2006 – Dunne’s first marriage – when he was about 60 years old. Upon his retirement that year, the couple then moved to Guadalajara.

Mourning him are his wife, her children and grandchildren (who called him “Abuelo”), his brothers Kevin, Edward and John Dunne, his sister Deborah Goss, loving nieces, nephews and cousins from both the Dunne and Miritello families, and friends among the foreign community in Guadalajara, among them distinguished author Michael Hogan, who wrote a poem (see right) in his memory.

Dunne’s burial Mass was held April 12, his birthday, at the church of Maria Reina del Palomar near Guadalajara.

WHAT STAYS BEHIND for Franklyn Dunne

The bees awaken in their fragrant cells this spring morning

as sun warms the stables

and horses whinny and clash in their wooden stalls

For days you lay in your hospital bed

speaking to Zoom friends—not of the new rush of pain

that has ambushed you once again—

but the joy of a remembered operas, a haircut by Alma,

(a humorous allusion of Samson and Delilah!),

memories swimming in the purple Pacific at dusk.

But even now as shadows creep in your darkened room

clouds part and light cascades through the curtains.

Death will have no victory here.

or the sunset at the top of the pyramid at Calakmul,

or the odors of fresh strawberries on Alma’s breakfast table

which flood your memory and fill your room

as the Holy Spirit does in the Cistercian cloister

on a Sunday afternoon as the monks return from the refectory

and utter their humble prayers of Thanksgiving

for the plain brown bread and water of their noon meal.

Always your life will shine

though shadows fall on our lives

and death claws his crablike way

in the final pyre.

The light of your life will rise like the burning embers

of incense in the gold censor of the acolyte

and lingers long after the Mass has ended.

but wishing to forego tears in your memory

we will taste your words again

like those exotic paletas you loved the sound of:

Rest in peace, my friend.