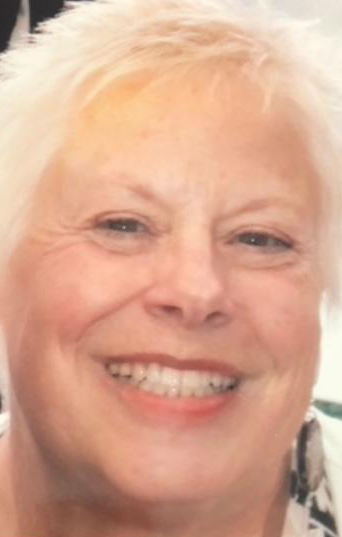 Born April 19, 1947 in Hood River, Oregon, Susy graduated from Hood River High School, and from the University of Washington in Seattle with a degree in education and Spanish, and a minor in journalism.

After her first teaching job in Susanville, California, Susy was hired to teach Spanish in Lake Stevens, Washington. She then taught in Vancouver, Washington for the rest of her teaching career. She led the Journalism Club at Wy East High School in Vancouver, where she also taught Spanish. She eventually moved to Mt. View High School, where she taught until she retired, except for a year spent in Bogota, Colombia.

In Bogota, Susy was the Fulbright exchange teacher at Colegio Distrita Nuevo Kennedy High School, teaching French, English and Spanish. It was here that she met her former husband.

Susy spent many summers in Morelia, Michoacán, and one summer in Peru taking additional courses. Retiring in Mexico was always her dream, something she achieved after her divorcee.

Susy always loved the crafts of Mexico, and became a serious collector of artesania.  In 2007, she started a local group called Amiga’s Jewels, teaching jewelry, taking trips to visit workshops in other parts of Mexico, and making jewelry for elderly ladies residing in assisted living homes. Susy also joined Needle Pushers, and poured her heart and soul into the group, creating beautiful dresses and vests for the less fortunate.

Susy had a special place in her heart for the breed of Bedlington Terrier dogs, which she kept as pets.

Susy is survived by sister Carol Harell; three nephews and their families; Susy’s ex-husband’s sister, Nancy, who she adopted; and Nancy’s daughter Natalia, who was like a granddaughter to Susy.

In lieu of flowers, friends are asked to consider a donation to the Needle Pushers at the Lake Chapala Society. There is no memorial planned at this time. 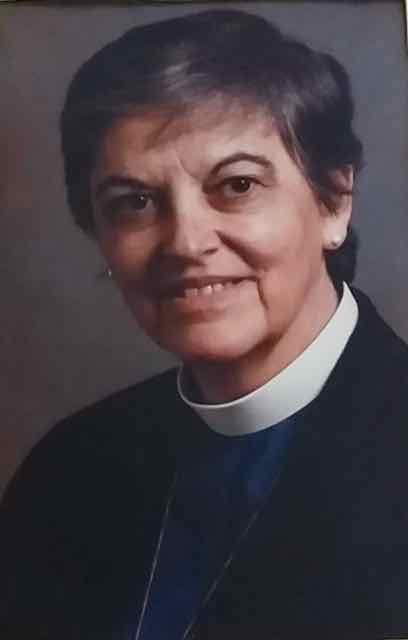 The Rev. Iris Slocombe, the first rector of St. Andrew’s Anglican Church in Riberas del Pilar, died peacefully in her sleep on March 22 at her home in Chula Vista Norte, with her husband, Bert, beside her.

Iris was born October 20, 1928 in Goodmayes, Essex, England to John Gomes da Rocha and Milla Goldstein Gemas de Rocha. Her father was a physician in London, where she grew up.

Just after World War II, Iris married her husband of 73 years, Albert Slocombe, a soldier just back from the war. She then enrolled in the Royal School of Nursing in the south of England. Bert was also a nurse but nursing in England in the early 1960s did not pay well, so they were recruited by St. Anthony’s Hospital in Oklahoma City, where they moved with their two young children, one of whom had cerebral palsy.

There, Iris received her master’s in nursing from the University of Oklahoma and eventually became the head of a large neurosurgery group. In the 1970s, along with her husband and three children, Iris went to Mexico as a medical missionary, where she delivered babies and provided medical care to indigenous people.

It wasn’t until 1980 that Iris was able to pursue her lifelong dream of becoming an Episcopal/Anglican priest. She received her MDIV from the School of Theology at the University of the South in Sewanee, Tennessee, and was ordained to the diaconate in 1983 and the priesthood in 1984. She began her ministry in Virginia Beach, Virginia as the first female priest in that diocese.

In 1996, at the age of 68, Iris was called to be the first rector of St. Andrew’s Anglican Church, in Riberas del Pilar, and was the first female priest to serve in the Diocese of Western Mexico. She was beloved by her congregation and served faithfully until she suffered a stroke in 2005.

Iris has written a book on the Biblical figure Mary Magdalene, which is being edited posthumously.

She leaves behind her husband Bert; their son Paul Edward Kalley Slocombe and his wife Elaine of Bowdon, Georgia; grandchildren Tracy and Shane; and great grandchildren Magen, Morgan, Kadie and Justin. She was preceded in death by her two sons, Gary and Tony. Iris also asked that her dear friend and caregiver Claudia Navarro, whom she considered her adopted daughter, be thanked for all of her loving care.

Services will be held at a later time this year at St. Andrew’s Anglican Church. 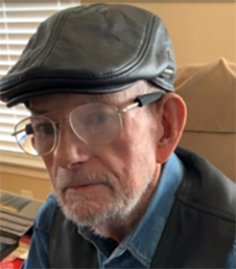 Ralph Wynon Courtney, Sr. passed away peacefully at his home in Denison, Texas, on May 24, surrounded by his loving family.

Ralph was born November 19, 1937, in Henderson, Texas to Carey and Ollie Mae Courtney. He married Patricia Tuttle on July 20, 1954, after he stole her from his best friend.

Ralph graduated from Lamar College and went to work for JC Penny. His skills were heavily sought after within the corporation, where he helped revitalize its marketing and merchandising, and turn the brand around.

Ralph was an entrepreneur most of his life, opening Pants America, Extension One and Courtney’s. He was a banker, homebuilder, developer, restaurant owner and philanthropist.

He and his wife, Pat, faithfully served the Lord together throughout their 65 years of marriage. They were heavily involved in civic and church activities in Pottsboro, Texas, and in Mexico upon retirement.

Ralph was president of the Chamber of Commerce in Pottsboro, a co-founder of American National Bank of Pottsboro, and helped establish the Resale Barn in Pottsboro.

The Courtneys moved to Ajijic in 1998 and were active in St. Andrew’s Anglican Church, until, with 12 other members, they founded the Lakeside Presbyterian Church. The small congregation originally met at their home, until they took over the storefront where Have Hammers is now located in Riberas del Pilar. The couple moved back to Texas in 2018.

Ralph’s life was filled with laughter, love, humor, kindness and an abundance of happiness. He was a man of strong work ethic, generosity and deep faith. He worked hard and played equally as hard, enjoying square dancing and traveling with his wife and grandchildren in a motor home. His grandkids most remember his storytelling abilities, his tractor, his puppet Otis, and his yellow fire truck.