Robert Keith Branson, who passed away on July 27, was born and raised in Shawnee, Oklahoma, during the Great Depression. 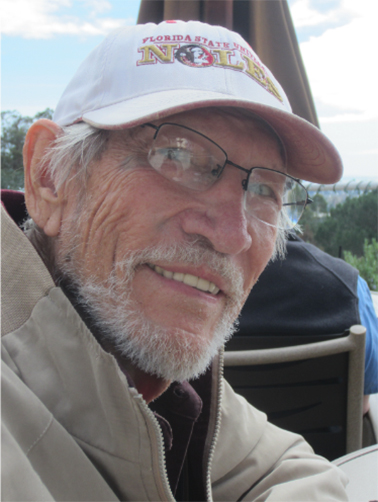 He attended public schools that prepared him well for life, but Shawnee also taught him that he must find his way in the world elsewhere and the only way out was through education.

He served in the U.S. Navy for two years during the Korean conflict as an Aviation Machinist stationed in Monterey, California. He received his BS and MS in psychology from Oklahoma State University. In 1959 he completed his PhD in experimental psychology from Ohio State University. Upon graduating, he taught at Louisiana State University for two years, then relocated to Albuquerque, New Mexico, where he started a corporation that developed computer-based learning systems. Later, he moved to California, where he directed a Job Corps training program in Oakland.

In 1970, Robert was recruited by Florida State University, Tallahassee, to join their teaching faculty and direct the FSU Center for Performance Technology. He thought it would be an interim stint but stayed 36 years before retiring in 2006.

Most dear to his heart was a program called School Year 2000, which he initiated in 1988. Though disrupted before completion, the goal of the visionary educational reform, a system to be computer managed and assisted, was to shift the process from being teaching-centered to being learning-centered. He also led training development projects in Germany, Brazil, Ethiopia, Peru and Turkey.

Robert married Margaret Van Every in 1993 and the couple resided in Tallahassee, Florida, for 17 years. During this time, they traveled extensively throughout the world. They were actively engaged in scuba diving and competitive swimming, and Robert enjoyed tennis and cycling.

In 2010, they moved permanently to Ajijic, lured by the culture, climate and active life of retirees. Robert pursued the joy and camaraderie of tennis as long as he could, and was a loyal participant in a weekly chat group at the Lake Chapala Society. He regularly attended Open Circle and loved the Met simulcasts and Jalisco Philharmonic Orchestra concerts in Guadalajara. He wrote short stories and memoirs and was active in the Ajijic Writers’ Group for over ten years.