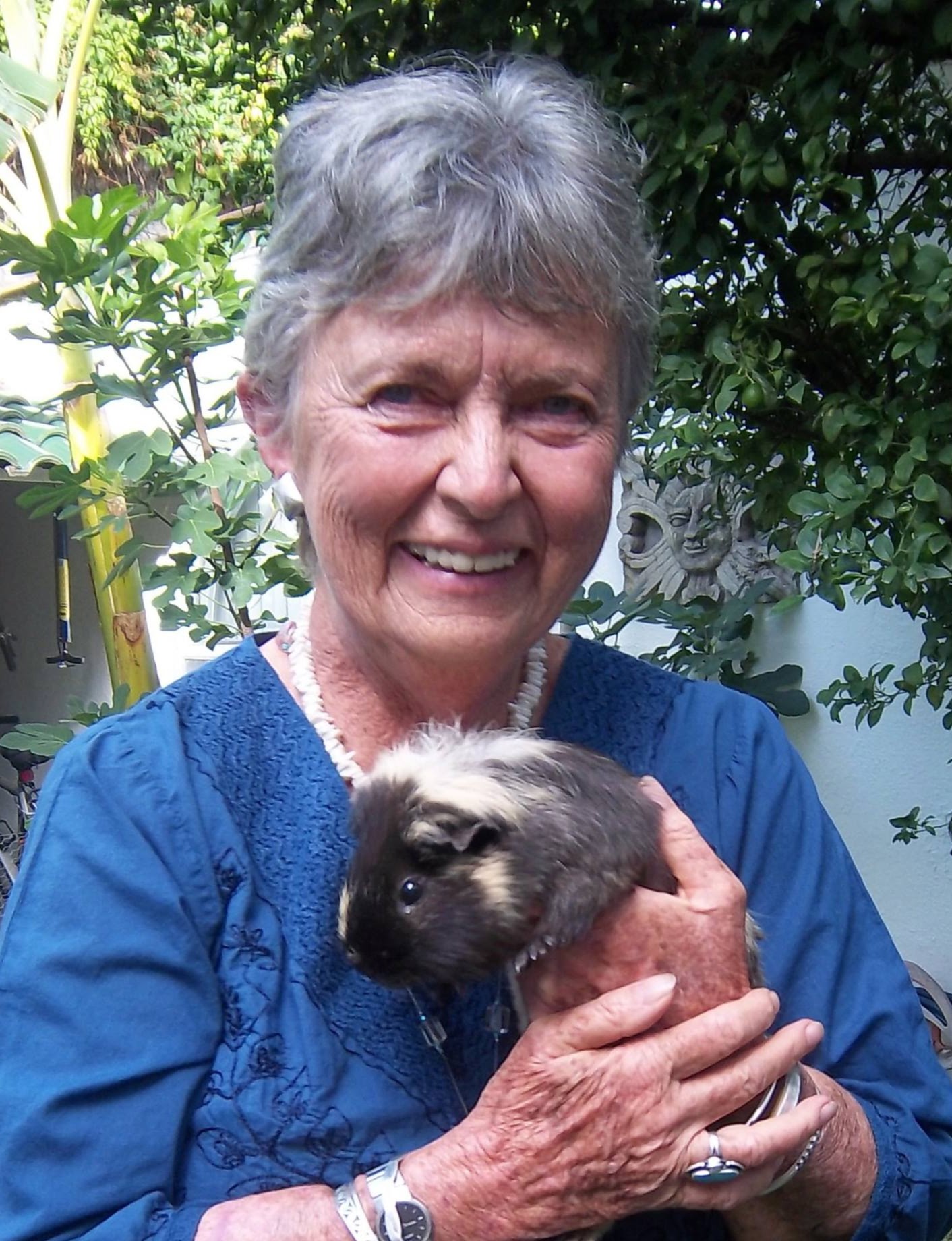 Phyllis was born October 28, 1938 in Ohio, where she grew up from early childhood in a single parent family. After completing her Bachelor`s degree in American and English literature at Bowling Green State University in 1960, she went on to earn a Master’s in Library Science from the University of Michigan in 1963.

After graduation, she moved to Germany, studying German at the Goethe Institute in Rothenburg ob der Tauber, and working as a visiting librarian at the Internationale Kinderbibliothek in Munich and the Amerika Gedenkbibliothek in Berlin. In 1965 she met Austrian artist Georg Rauch in Vienna. They were married in Ohio the following year.

The couple lived in Guadalajara from 1967 to 1970. During the 1968 Olympics held in Mexico, Phyllis served as a trilingual guide (English, Spanish, German) for the cultural activities programmed in Guadalajara in conjunction with the games, escorting international performers such as members of the Berlin Opera and Duke Ellington’s band.

The Rauchs took up residence in Laguna Beach, California from 1970 to 1976. While there Phyllis was employed as head librarian for the Orange County Public Library in San Clemente. The couple then returned to Mexico, building a permanent home and art studio on the hillside in Jocotepec’s Nestipac neighborhood.

While her husband dedicated his energies to studio work and building up his reputation as an internationally acclaimed artist, Phyllis drew on her knowledge and love of literature to hone her skills as a poet and non-fiction writer. She produced numerous articles for English-language magazines, newspapers and websites, often focused on her enchantment with life in Mexico.

She penned the English version of Georg´s wartime memoirs, printed a few months prior to his death in 2006. The self-published book originally titled “The Jew with the Iron Cross: A Record of Survival in WWII Russia,” was reissued in 2015 by mainstream publisher Farrar Straus Giroux, in hardback and audio versions, with the new title “Unlikely Warrior: A Jewish Soldier in Hitler’s Army.”

In 1990 the Rauchs launched Los Dos B&B Villas, opening up four bungalows on the grounds of their homestead to paying guests. The peaceful country inn, affiliated with the Jalisco association of Haciendas y Casas Rurales, drew rave reviews from clients who relished sweeping views of the lake, the lush gardens, poking about in the art studio, and above all Phyllis’ warm hospitality as manager.

Blessed with a big heart and generous spirit, Phyllis became a stalwart ally of charitable causes. She joined a group of Jocotepec women in founding an annual Christmas Posada for the elderly. She provided financial aid to physically disadvantaged students and assisted in promotions for Jocotepec’s school for the deaf. An ardent animal lover, she also supported spay and neuter clinics for the pets of local inhabitants.

With a bright mind, kind and joyful nature, and eclectic interests, Phyllis developed a wide circle of friends and admirers of diverse nationalities through the years. Preceded in death by her beloved spouse and brother Phillip Porter, she is survived by stepdaughter Nini Rauch and her offspring Pablo Rauch and Pina De Mendonça. No funeral services are planned at this time. 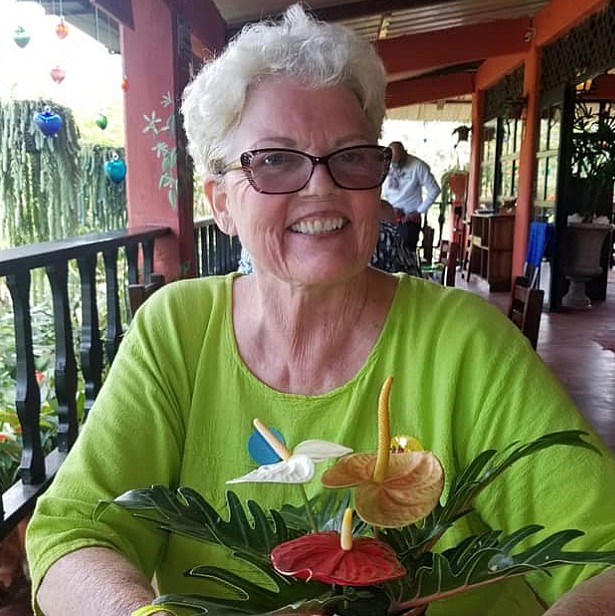 Reba Berryman passed away peacefully in a Guadalajara hospital October 3 from a pulmonary embolism – blood clots in her heart and lungs.

Born in Leesville, Louisiana on October 21, 1947, to Nell and Huey Small, Reba earned her Bachelor’s degree from the University of Houston and her Master’s from Texas A&M. She received her PHD from North Texas at the age of 58.

Reba had a gypsy spirit, living in many places and making lifelong friends along the way. She spent time in New Orleans, Los Angeles, Arizona, Seattle, Ft. Worth, Denton, Lockhart and many years in Houston, Texas.  Her last stop was Ajijic.

Reba was involved with many groups of friends in Ajijic, from her card playing ladies to Lakeside Newbies.

She was always positive no matter what life threw her way, and wherever she was the fun followed. Her smile was radiant and contagious, and she had a way of making everyone feel welcomed and valued.

Reba is survived by husband Joe; son Joseph; daughter in-law Michelle; grandchildren Carrie, Jackson and Alex; and nephew Marvin. Reba loved her grandchildren beyond words and cherished every second with them.

All are welcome to attend the celebration of life for Reba with her son and daughter-in-law on Sunday, October 17, 12:30 p.m. at Montana Casitas, Mirador, corner of Colon and the Carretera, Ajijic.

The hostesses will be Anne Dyer and Alison Palmer. Any stories, notes, cards are welcome. It’s a potluck, so bring something to share.