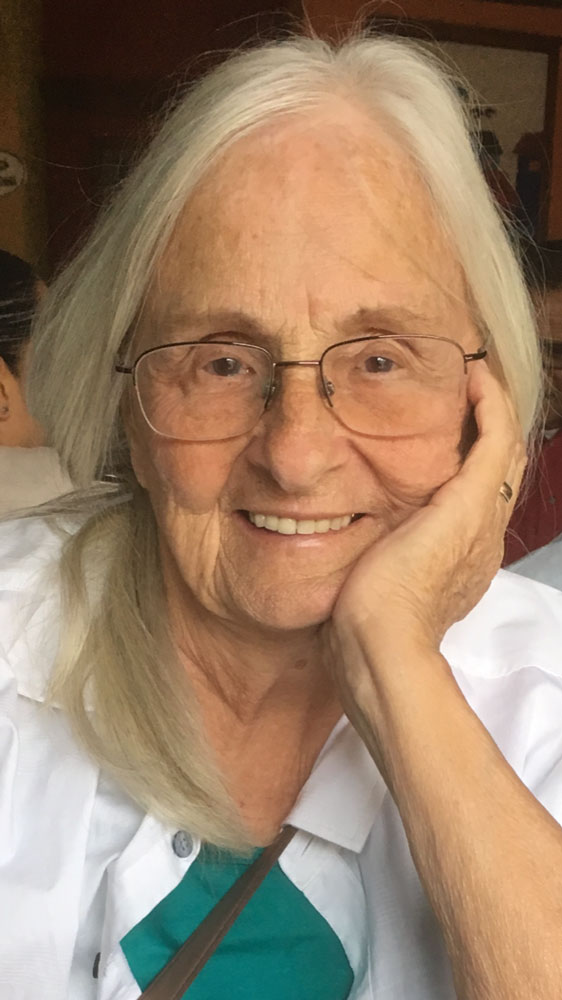 Born in Marshalltown, Iowa, in 1930, she studied art at the University of Iowa, and worked for many years as a fashion illustrator in Des Moines.  At that time, she was a divorced mother who raised four children and had never been out of Iowa.

With her children grown, she met her current husband, Larry Kolczak, who had just returned from two years backpacking around Europe and Africa.  She suddenly realized she could pursue her lifelong dream of traveling to underdeveloped countries and painting the native women in their traditional clothing.  Her husband joked that when he met her, she had never been on an airplane.  But within a few years, she was buying one-way tickets, and spending months at a time in Guatemala, Peru, India and the Himalayan Kingdom of Nepal.

Betty fell in love with that exotic country and spent nearly two years painting the local women.  In 1993, she received official recognition from Nepal’s Chancellor of Art, who arranged a one-woman show of her paintings in Kathmandu.  It was hosted by the country’s Royal Princess, and was opened by the American ambassador.

In 2002, Betty fulfilled another dream by retiring in Ajijic. She had fallen in love with the sleepy fishing village in 1977 while on a painting workshop with renowned local artist Dimitar Krustev.  Betty has been an active participant in the local artistic community, and has received numerous awards from the Ajijic Society of the Arts. Her artistic ability was exceeded only by her generosity, helping friends and neighbors whenever she saw the need.  Some of Betty’s paintings can be seen at Gallery 18 on Colon, in downtown Ajijic. 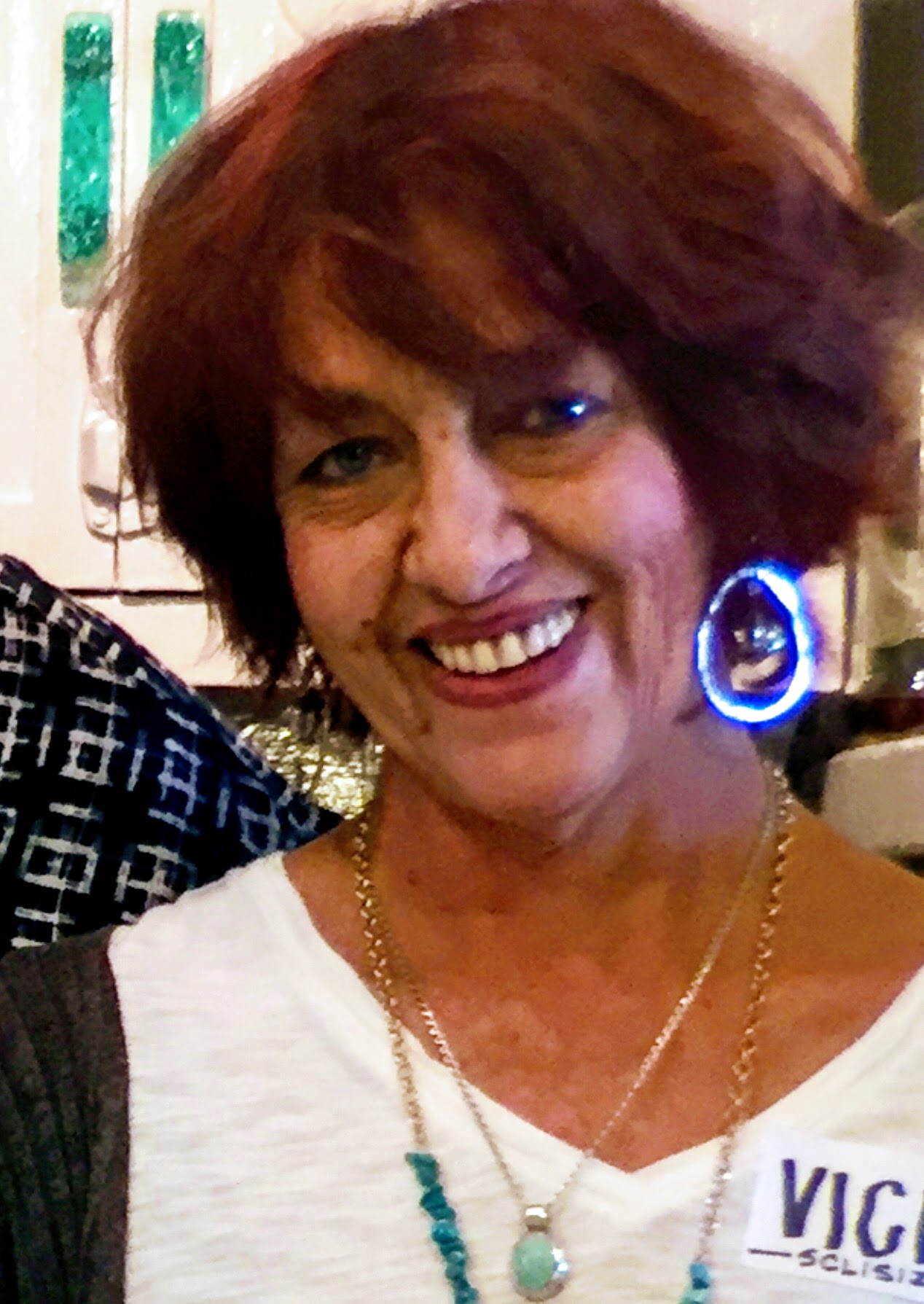 Vicki Sclisizzi passed away  peacefully in her Ajijic home on November 1 after a brief illness.

Vicki was born in 1956 in Milton, Ontario, Canada. As a young woman, she would come to Mexico to visit her father, restaurateur Bruno Sclisizzi, in San Miguel de Allende. It was during these trips to Mexico that Vicki developed her love for this country and passion for painting.

In 1985, Bruno left San Miguel and moved to Ajijic. Soon afterwards, Vicki began helping out in his new restaurant, Bruno’s Steak House, and running her own B&B in Chapala.

Eventually, she launched Vicki’s Hideaway, a food, drinks and live music venue, on Ajijic’s western outskirts. It was an immediate success with the local clientele.

After the death of her father, Vicki closed the Hideaway to take over the day-to-day operations of Bruno’s with the help of her son Kelton. Vicki’s paintings adorned the restaurant walls to the delight of diners. Over time, Vicki began turning over more and more of the restaurant management to Kelton, allowing her to pursue her dream of being a full-time artist.

Vicki will forever be remembered for her big smile and dry humor. She was as inventive and creative in the kitchen as her art was on canvas. And by most definitions, she was a bigger than life character.  Once you met Vicki, you never forgot her.

She is survived by her sister, Karen, of Ontario, Canada, son Kelton of Ajijic, and niece Jennifer, also of Ontario. She will be missed and long remembered by all of those who knew her. 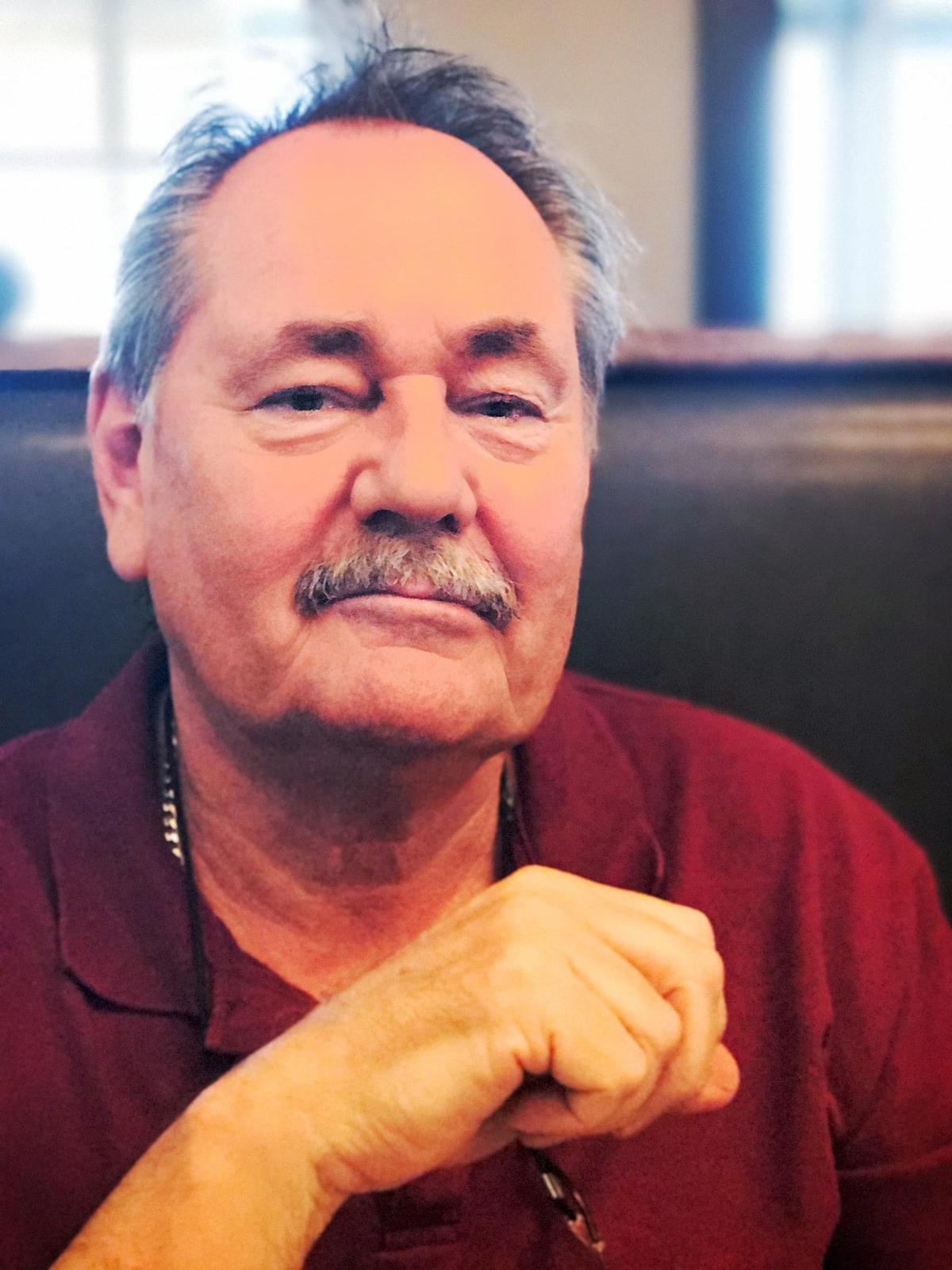 With profound sadness, the family announces the passing of Michael Riley, at the age of 69. Cherished father of Erica Riley and predeceased by his son Matthew Riley. He is also survived by his longtime partner Cecilia Walters and her son, Nyah Walters, and his brothers Chris Riley and Steve Riley.

Mike passed away suddenly at his lakeside home in Riberas/Chapala, early morning on November 8 from a heart attack.

He will be greatly missed by his family and friends, his clients, as well as his two cats, Patches and Spunky.

Mike moved to Ajijic in 2003 with his mother Shirley, and soon after became known to the community as “Mike the Computer Guy.” A longtime technical expert, Mike helped many expats and locals with their technological needs, as well as editing books by local authors and designing book covers. He was passionate about music, movies and books of all kinds, and would make people laugh with his witty banter. Mike was the funniest guy in the room and could always bring a smile to your face.

A celebration of life will be held soon.