Frank Edward Howell passed away quietly from cancer, in the manner of his own choosing, at his home in Mirasol on December 29, at 81 years of age. 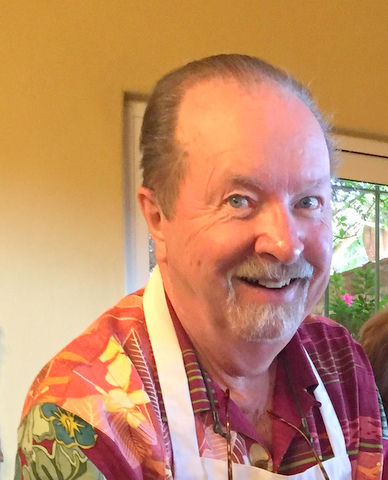 Born in Fargo, North Dakota, in 1940, Frank’s career spanned over 65 years, from his first commission to create a bust of a fellow schoolmate, to the creation and operation of his retail stores in Los Gatos, California, and later in Bellingham, Washington.

In 2008, following his retirement from running his studio and store in Bellingham, Frank moved to Chapala, where he offered pottery classes at  his studio, and continued working with stoneware for the next ten years. Some of his work is still available at Galeria Sol Mexicano at Plaza Bugambilias in Ajijic.

Frank wrote the tome “The Craft of Pottery,” outlining unique teaching techniques to help beginning potters, published in 1975 by Harper & Row in both English and Spanish. He  trained and apprenticed more than 25 potters, many of whom went on to build their own businesses, making and selling beautiful and functional stoneware.

Frank was an active member of Lake Chapala Unitarian Universalist Fellowship and was known as the official turkey-carver of the annual Thanksgiving dinner until the Covid pandemic paused the event.

He played and coached soccer for many years, both in Los Gatos and to the young people of Mezcala, often working with children who had never before been on a team. As Frank got older, he enjoyed golf and riding his bike for his daily exercise.

Frank was widely loved for his unique sense of humor and dry wit. He frequently enjoyed poking holes in established truths.

Frank was also widely admired for his sense of style and his gorgeous silk and tropical shirts.  Having grown up in the men’s clothing business, he never lost his flair for putting clothes together well.

Frank is survived by his son Dan Howell and his three children, and daughter Amanda Waller and her two children, all of whom live in California.  His soulmate Cate will continue to live in the Lake Chapala area.

As he wished, Frank was cremated following his death.  A celebration of life will take place at a later date, by invitation. 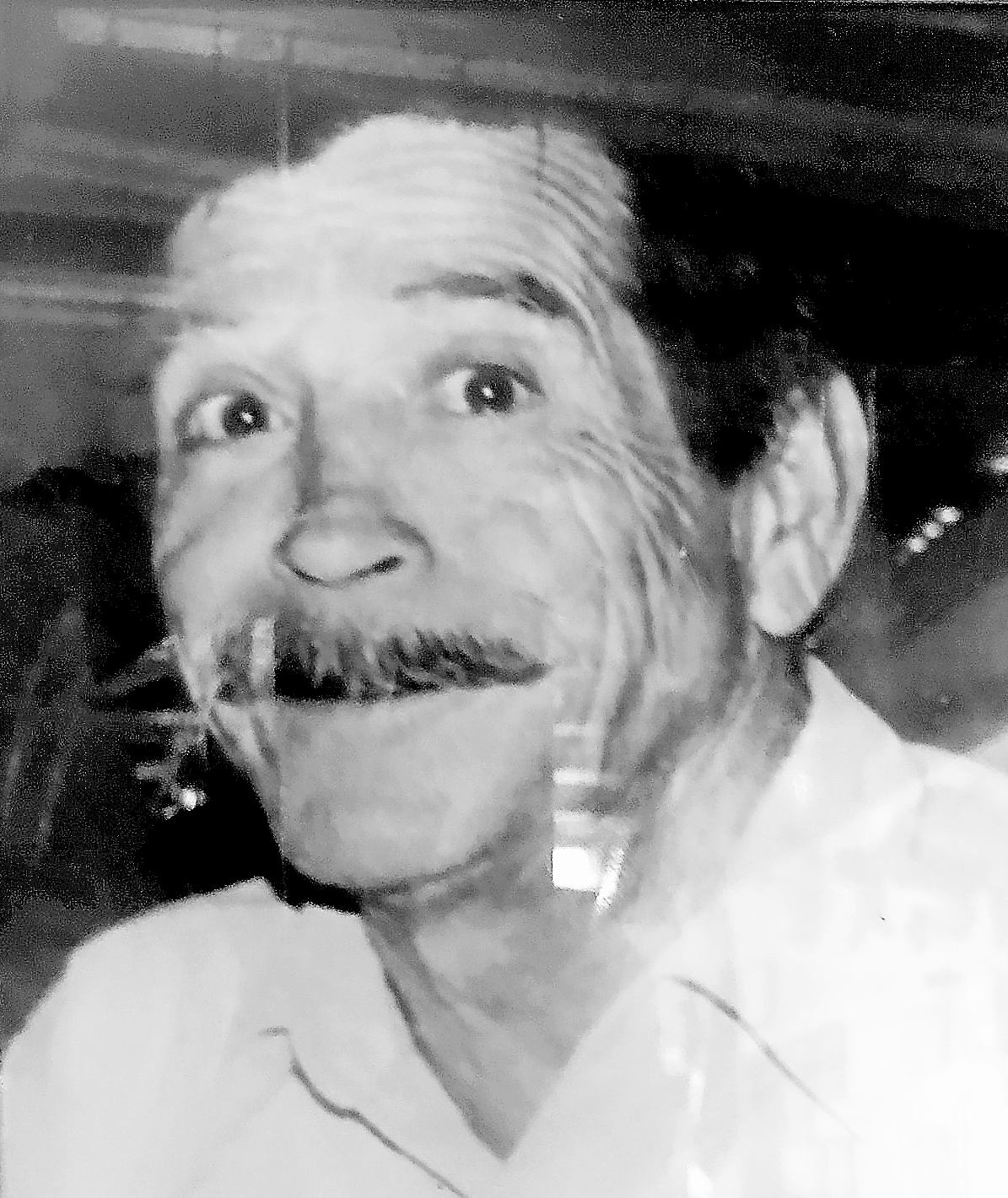 Salvador Esparza Quirarte, the founder and host of Restaurant Tio Domingo in Ajijic, died January 5 at the age of 74.

Born in Jesus Maria, Zacatecas, Salvador was a carpenter, who while working in Mexico City was hired by the construction company that built the Hotel Real in Chapala in 1970. There, he met Ajijic native Maria Luisa Ibon. They married, settled down in Ajijic, and raised three sons: Salvador, Juan Isaac and Moisés.

Esparza continued his labors as a carpenter at Lakeside, but also headed north of the border and worked as a house painter for 13 years. In 1999, the family opened Restaurant Tio Domingo, where Salvador was the gracious host.

Salvador leaves his wife, three sons and seven grandchildren. A mass celebrating the end of his novenario will be celebrated Saturday, January 16, 11 a.m., at the Santuario de Guadalupe Church, near six corners in Ajijic. All those who remember Salvador are welcome to attend.

Loving father, grandfather and brother Maxim “Frank” Days passed away in Guadalajara on December 27, 2021, at age 78.

Born January 25, 1943 to William and Rosita Days, Frank graduated from Medford High School in Medford, Massachusetts, and earned his BS degree in Plastics Technology from Lowell Technological Institute in 1967. 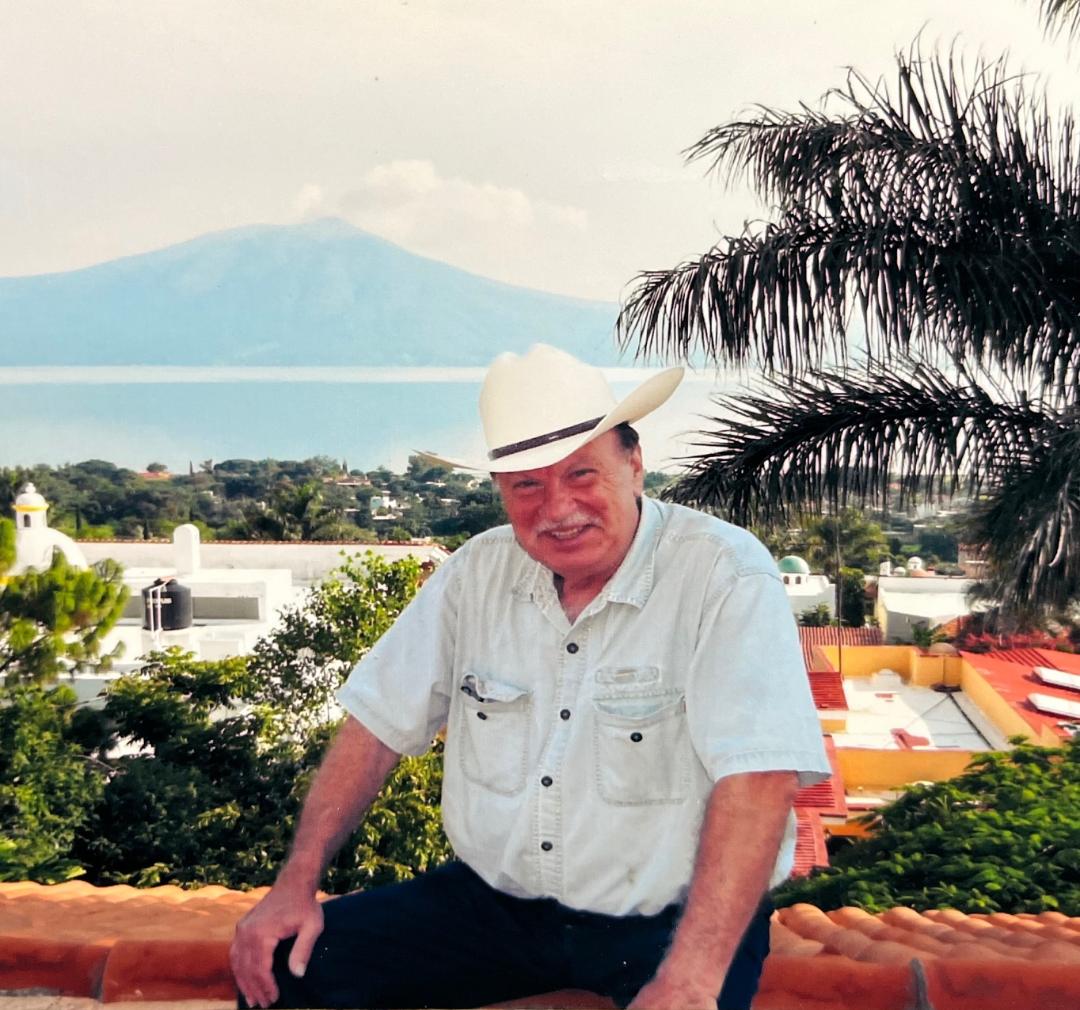 His career in plastics engineering spanned 36 years, during which time he developed and created many processes, patents and publications in the industry.  In 1986, Frank transitioned from R&D to sales, and retired in 2003. His most notable achievement was the research, development and subsequent U.S. Patent of the Process for Hydrolysis Removal of Condensation Polymers from Various Objects, a system that was utilized on the Apollo 17 lunar rover.

Frank, a.k.a. “Luke Chapala,” retired to Ajijic in 2007 and quickly became a fixture in the Lakeside village. Adored by locals and expats alike, anyone who had the pleasure of knowing Frank will remember his kindness, generosity and quirky sense of humor.

Frank’s favorite local spots included Panino’s and Café Negro, where he enjoyed mingling with friends. A unique and spiritual individual, the essence of Frank is best described as: “If a man does not keep pace with his companions, perhaps it is because he hears a different drummer. Let him step to the music which he hears, however measured or far away.”

Frank is survived by his daughter Emma Days, partner Steven DeMego, and grandson Dario DeMego, of South Yarmouth, Massachusetts; sisters Pat Days Batleman (Ron) of Leland, North Carolina, Paula Days Misci of Cape Coral, Florida, and Pamela Days Parsons of Pepperell, Massachusetts; several cousins, nieces and nephews, and many beloved friends both near and in his adopted home of Ajijic.

A celebration of life was held in Ajijic and another will be announced at a later date in Massachusetts. Inurnment will be at Oak Grove Cemetery in Medford, Massachusetts.