Sue Lindsey passed away December 5, 2021, in the comfort of her home, three days before her 80th birthday.

Born in Holliston, Massachusetts, a small town west of Boston, Sue attended Hollister High School, where she studied three years of Spanish. She continued her education at Fisher College in downtown Boston, majoring in Foreign Relations.

Sue married Tom Lindsey in 1963 and supported the two of them for the next two years while Tom completed his engineering degree.

Sue spent the next 18 years raising her children, Robin and Kenneth. After they reached adulthood, she worked part time at Wellesley College, undertaking various assignments. This turned out to be a 22-year career administrating the internship program for the Political Science Department Creative Work Study assignments for students in the Washington, D.C. political arena.

During this time Sue also assisted Tom in real estate. They bought fixer-uppers that Tom would renovate and Sue would decorate.

In 2004, Tom and Sue retired to the Lakeside area.  Again, Sue assisted Tom in a major renovation of their home that included five rental casitas. Later they partnered with a local nurse and created what is now known as “Mi Casita” nursing home in San Antonio Tlayacapan.

Sue also found a home at St. Andrew’s Anglican Church and joined the social and hospitality committee where she served for the 18 years she lived at Lakeside.

Sue had a smile for everyone. She was calm and accepting, a woman who always made you feel at ease.

In addition to her husband of 58 years, Sue leaves behind son Kenneth W. Lindsey of Massachusetts, and his two children, Hayden and Cooper, and daughter Robin Faye Fusco of Texas, and her two children Jessica and Alexander.

A memorial service will be held at St. Andrew’s Anglican Church at on Tuesday, February 15 at 11 a.m. 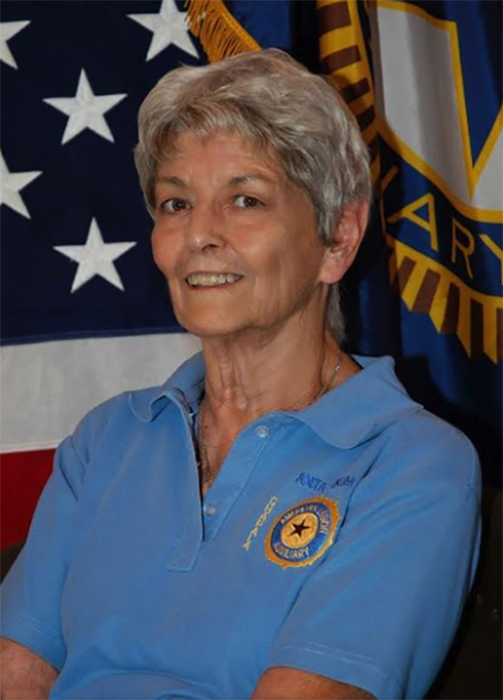 Long-time Chapala resident Anita Wikum passed away of complications from Covid on January 15. She was 81 years old.

Born August 8, 1940, in Camden, Arkansas, Anita moved to Chapala 22 years ago from Washington State with her husband, Glen, who preceded her in death.

Anita was active in American Legion Post 7, serving as Auxiliary president and treasurer several times, and also was the Post’s bookkeeper. Her wisdom and guidance in each of these positions shaped policies and practices that continue to enhance the Legion’s efforts to serve and assist their members and the community at large.

Anita could be found at the Legion Post most days visiting with her wide circle of friends over breakfast and a cup of coffee, before heading to the office to manage the facility’s finances. She was admired and respected for her fierce dedication as a volunteer and valued as a true and loyal friend to all she embraced.

Anita was very interested in local children’s education and, due in part to her efforts, the Auxiliary is now sponsoring a local elementary school student.

She is survived by sons Mike and Tim Miller and daughter Christianne Ainsworth, all of Nevada.

A celebration of her life will be held Wednesday, February 23, 1 p.m. at the Legion. Her daughter will attend. Because Anita asked that none mourn her passing, the event will be a party.