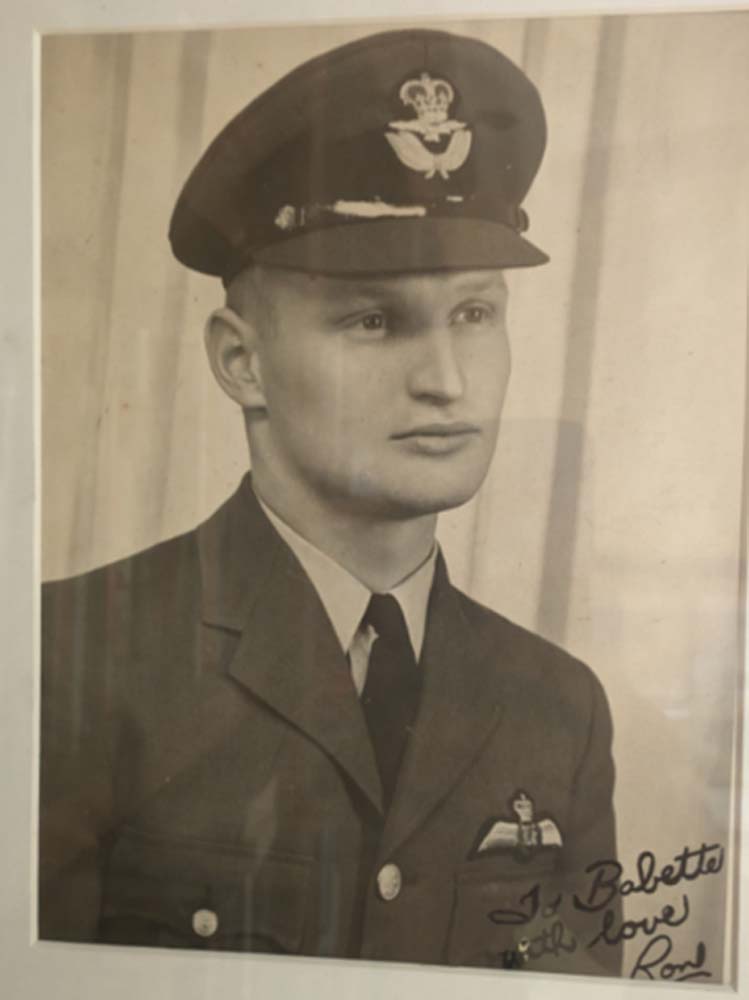 Born in Weyburn, Saskatchewan in 1934, Ron enlisted in the Royal Canadian Air Force (RCAF) at the age of 22, serving  for ten years as a Flight Lieutenant, flying the Canadair F-86 Sabre from RCAF Station Grostenquin, 2 Fighter Wing in northeastern France.  It was here that he met his beloved wife, Babette.

On leaving the RCAF, Ron studied at the University of Western Ontario, graduating with a Bachelor of Arts degree.

Thereafter, Ron joined Air Canada as a captain for 28 years. After his retirement, he continued his love of flying with Cargolux Airlines International for another four years.

Ron finally retired from flying in 1999, and relocated with Babette to Ajijic. His retirement years were occupied with teaching English through the Wilkes Centre (LCS) and Niños Chapala Ajijic programs. An accomplished dancer, he also taught ballroom dancing to many fellow retirees in the Lake Chapala area.

In 2003, Ron was instrumental in the formation of 904 Wing, Royal Canadian Air Force Association. He took the office of president twice, and led actively until 2017.

He was also a Fraternal Member of the Mexican Air Force Association (now APAEMA). Throughout his retirement he was a regular attendee at the Sabre Pilots Association of the Air Division Squadrons (SPAADS). The final reunion, which Ron attended, was held in September 2022.

A celebration of life will be held in the near future with the date and time to be announced.