A seven-billion-peso ($US140 million) expansion project began this week at the Puerto Vallarta Airport that will include construction of a second terminal, increasing passenger capacity by 125 percent. 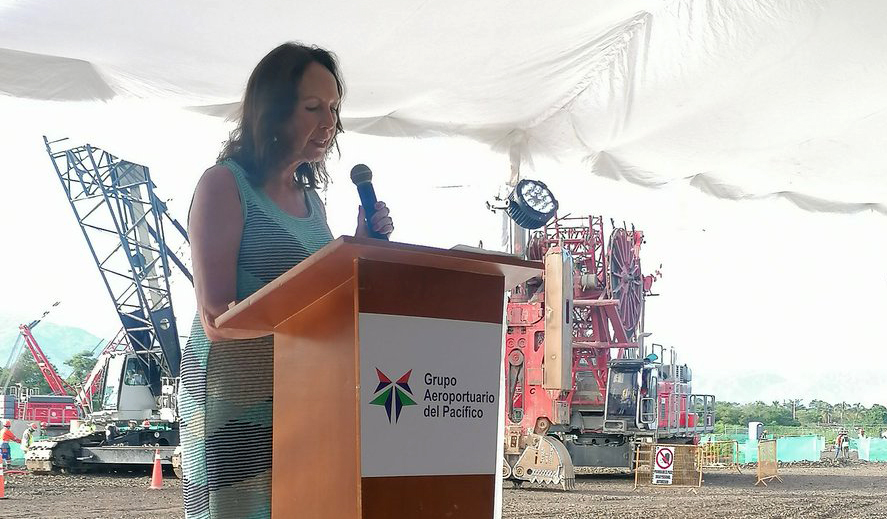 In addition, airport operator Grupo Aeroportuario del Pacifico (GAP) says the new terminal will be the first in Latin America to be classified as net zero (zero carbon, waste and energy).

The terminal will more than double the airport’s current building space. Additional baggage, customs and immigration lines; security checkpoints; feeder roads and parking areas are also among the plans. The work is expected to be completed by the end of 2024.

GAP General Director Raúl Revuelta Musalem said the expansion will increase the airport’s capacity to 20 million passengers, compared to the five million arrivals that are expected in 2022.

Revuelta said the aim is “to make Vallarta’s airport one of the best in Mexico and Latin America,” calling the project “an investment that places Jalisco and Nayarit in the eyes of the world.”

Throughout the Covid pandemic, Puerto Vallarta has been one of the world’s most resilient tourist destinations, largely thanks to the Mexican government’s relaxed protocols for international visitors.

Visitor numbers this year have surpassed pre-pandemic figures. Luis Villaseñor, director of the Puerto Vallarta Tourism Promotion Trust, said hotel occupancy from January to July is up seven percentage points on 2019, with even more growth expected in 2023.

Puerto Vallarta Airport is served by 13 domestic routes and 40 international routes. Discounting the “Riviera Nayarit,” the resort has 15,800 rooms on offer in more than 100 hotels, as well as 7,500 accommodation alternatives available on digital platforms.