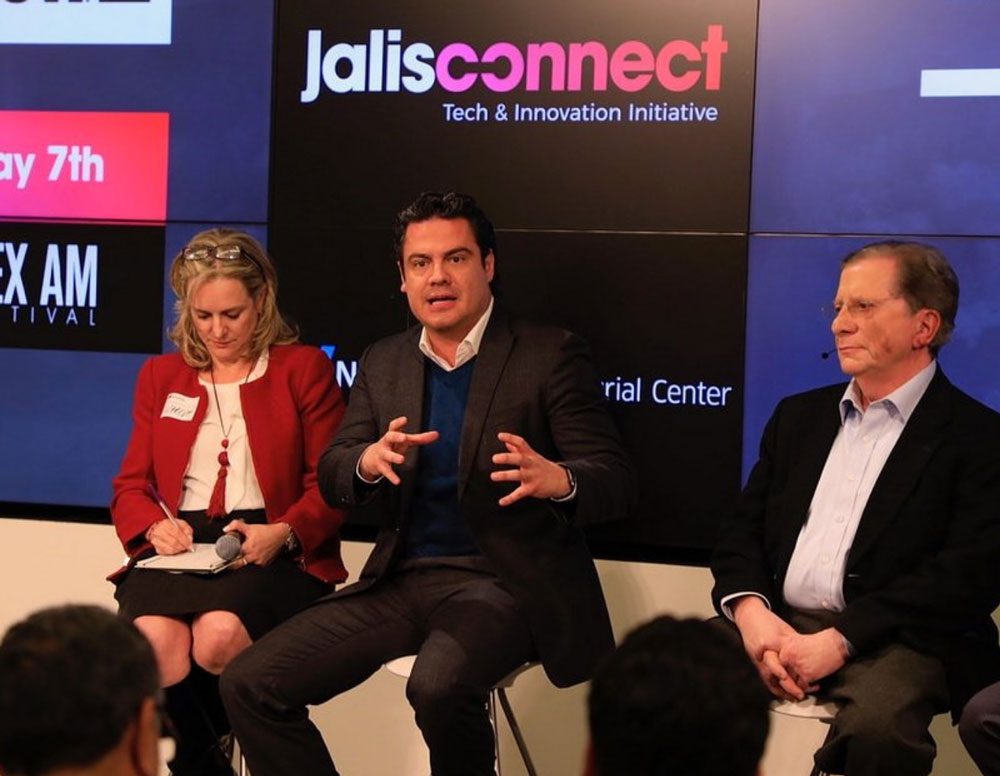 The initiative’s goal is to make the state attractive enough to keep inducing start-ups and other tech companies to open up shop within its borders.

Jalisco is one of Mexico’s main tech/electronics powerhouses, with the Guadalajara Metro Area known as the country’s answer to Silicon Valley, the San Francisco Bay Area’s fabled tech mecca.  The state’s electronic’s industry claimed 55.8 percent of exports last year, representing about $US16.7 billion.  At the time of its publication, a 2016 Washington Post article put the number of tech products and services exported abroad at $US21 billion.  Government subsidies and lower wages have already succeeded in convincing industry behemoths like Oracle, IBM, HP and Dell to install offices in Jalisco’s capital.

So it’s no surprise that industry leaders here, together with the state government, have decided to double down on Jalisco’s tech appeal.

Jalisconnect was presented to the Silicon Valley tech community, Thursday, February 15 in San Francisco, with Cuco Vega, Jalisco’s representative in the Bay Area, and Governor Aristoteles Sandoval leading the charge.

A key feature of Jalisconnect is visa fast-tracking. Gemi Jose Gonzalez Lopez, Mexico’s Consul General in San Francisco, has created a program called “Tech Visas,” whereby said visas can be obtained in just 24 hours, at a cost of US$36.

The visa program is accompanied by two more initiatives: “Digital Bridge” and “Soft Landing.”  Both were created to better facilitate the integration of recent transplants into the fabric of Jalisco life, especially in the area of housing, services and schools for children.

During the event’s Q&A Thursday, some in the audience expressed concern about Jalisconnect’s potential vulnerability to imminent changes in Jalisco’s government. Sandoval will be stepping down this December and there is no clear, undisputed front-runner in the race to fill his seat.  Not surprisingly; Sandoval waxed confident – but somewhat vague – in his response to doubts.

“[Jalisconnect] is fully consolidated. It’s not a question of a specific government, but of a model that works,” said Sandoval.

During his three-day trip to California, Sandoval visited the installations of Facebook, Airbnb, Intel, HP,  Jabil and Flex, as well as the campuses of Stanford University and  Singularity University.