Seven state police officers assigned to the amphibious police squad based in Chapala were arrested Monday, February 18 following a spot inspection at their headquarters at the Cristiania Park. 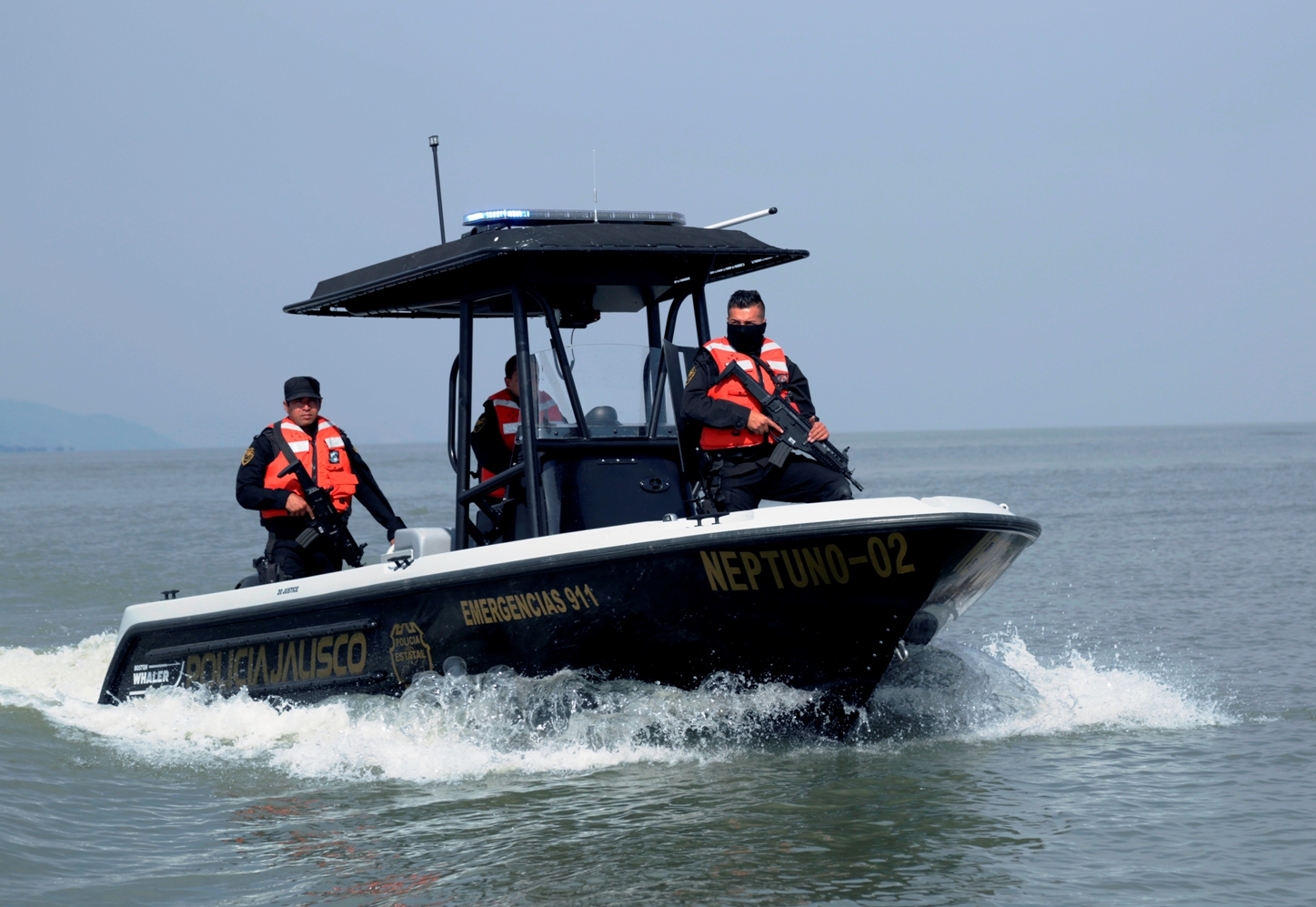 Jalisco Attorney General Gerardo Octavio Solís announced that the suspects were found in possession of marijuana, packets of an illicit white powdered substance, a gram scale and an unregistered firearm. He was unable to confirm whether they have been linked to the recent rash of high-impact crimes in the lakeside area.   All have been relieved of duty pending further investigation into their activities.

According to Chapala Mayor Moisés Anaya, the entire amphibious force was immediately replaced by a new group of state agents. Other state patrols have been assigned to Chapala in the last week to back up local police in beefing up public security.

The aquatic squad set up shop with a supply of sophisticated weaponry, special gear for underwater and surface operations and a fierce-looking canine mascot named Scrappy. The squad is headquartered at the park in a tiny four-room building surrounded by chain link fencing topped with razor wire.