Street food and plastic are unfortunately synonymous in Mexico. Even if you don’t order your torta ahogada to go, most dishes still come with plastic coverings over reusable plates. Bring your own Tupperware or container and risk major eye-rolling. 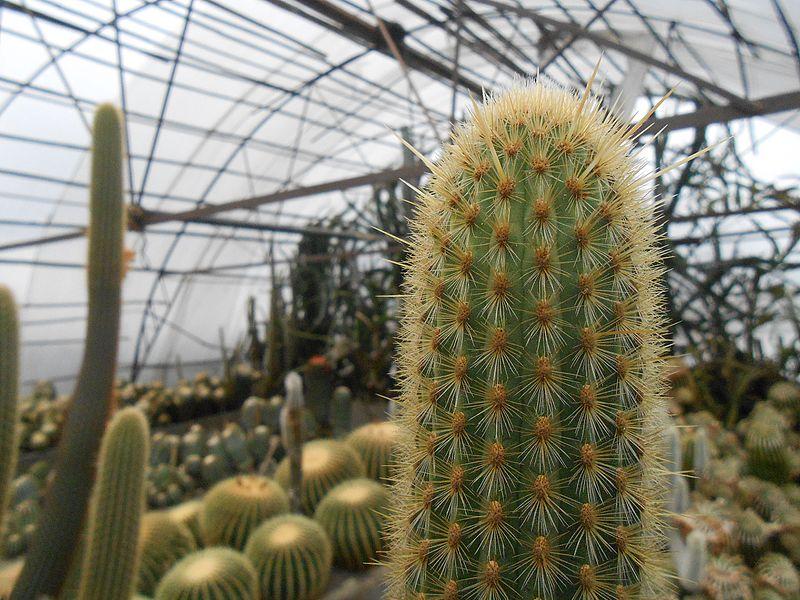 With around 19 billion pounds of plastic ending up in the ocean each year, plastic waste is an issue of global proportions. About 100,000 marine mammals die annually from plastic-related complications, mostly from asphyxiation. More whales also seem to be washing ashore every day with as much as 80 pounds of rubbish strewn inside them. Around 50,000 pieces of microplastic are even finding their way into humans’ annual diets.

In Jalisco, recent research efforts may have found an answer to today’s plastic predicaments. A team led by Sandra Pascoe Ortiz at the University of the Valley of Atemajac has developed a biodegradable plastic made from cactus juice.

“My idea is to produce plastic from natural ingredients and substitute it for some of the plastics we use today,” said Ortiz. “If this plastic reaches the sea, the most likely thing that would happen is that the fish or other sea life would eat it.”

Under Pascoe’s model, her non-toxic alternative degrades in the ground within one month and in water within one week. Meaning, if it ends up in waterways, it will eventually dissipate. It also takes only ten days to produce.

Humans and animals can supposedly consume the carbon-neutral product. It emits the same amount of carbon dioxide when decomposing as it requires while growing.

Research also demonstrates that cacti are among the most sustainable plant-based plastic sources. Compared to corn, these desert-dwelling plants yield smaller carbon footprints.

Even better, they can thrive in the wild without requiring fertilizers or other resources. In particular, the prickly cactus has ideal qualities.

“The cactus of this species contains a large amount of sugars and gums that favor the formation of the biopolymer,” said Pascoe.

This plant-based plastic could potentially become a large-scale solution in Mexico. Reports say that Mexico generates around 43 millions tons of solid waste a year. Most of this comes from domestic products such as containers, packages and wrapping materials.

In fact, the nation produces approximately 117 tons of garbage on a daily basis. This equates to two pounds of rubbish per person per day according to the Ministry of Environment and Natural Resources. From this amount, 12 percent (around 43 million tons) are plastic residues.

It’s understandable why plastic consumption is so high in Mexico with so many fast food stalls. Some reports estimate that there are over 1.6 taco stands alone in Mexico. All in all, this means that Pascoe’s breakthrough could potentially transform Mexico’s thriving street food industry that still depends on plastic cutlery and plates.

All things considered, green-based plastics have yet to become readily available in the Mexican market. Causing complications is the lack of education surrounding resource management. Thus, Mexico City reportedly intends to completely ban single-use plastic including cutlery, straws, cups and balloons by 2021.

While there are plenty of consumer-based issues in Mexico, the country is ahead of other Latin American nations when it comes to clean energy. According to the Deloitte research center, Mexico generates over 20 percent of electric energy from clean sources. From this, 16 percent comes from renewable sources. Mexico also wants to produce 35 percent of its energy from clean energy by 2024.

Keeping this in mind, Mexico is a leading clean technology market in Latin America, at least according to Luis Aguirre Torres, CEO of Green Momentum.

“I think the greatest achievement of the Mexican government over the past several years is the development of a new general idea that climate change is a reality,” said Aguirre.

Aguirre’s company originated in California in 2018 as a public policy advisory firm for green technology. Today, it is based in Mexico City and provides clean technology consulting with partners across Latin America. From the CEO’s perspective, Mexico has challenges yet is making progress, especially in terms of solar energy and entrepreneurial activity.

“If you want to look at the clean technology ecosystem here in Mexico, you need to look at it from different perspectives. One of them is purely from the innovation perspective. Then you have a large number of startups, research centers and even large companies spinning off new technologies and innovations.”

One of Green Momentum’s portfolio companies is Bioface from Monterrey. The Mexican enterprise has already developed a biopolymer for biodegradable plastics. Rather than using cacti, though, this company extracts avocado oil to create compostable bags, straws, and other consumer products.

“I think what they did right, even before plastic bags were banned in certain supermarkets in Mexico, was to try to develop replacements,” said Aguirre. “That is perhaps one of the most advanced consumer examples that we know of.”

Although Pascoe’s scientific breakthrough comes from a private institute, the team intends to sell the product on the market.

Whether Aguirre’s team intends to collaborate with waste management or consumer companies has yet to be disclosed. Yet one thing is for certain: there is a market out there for green products.