The state government’s project to paint murals on half of the columns supporting Guadalajara’s new third Tren Ligero (light train) line has come under fire from environmentalists, and even some artists. 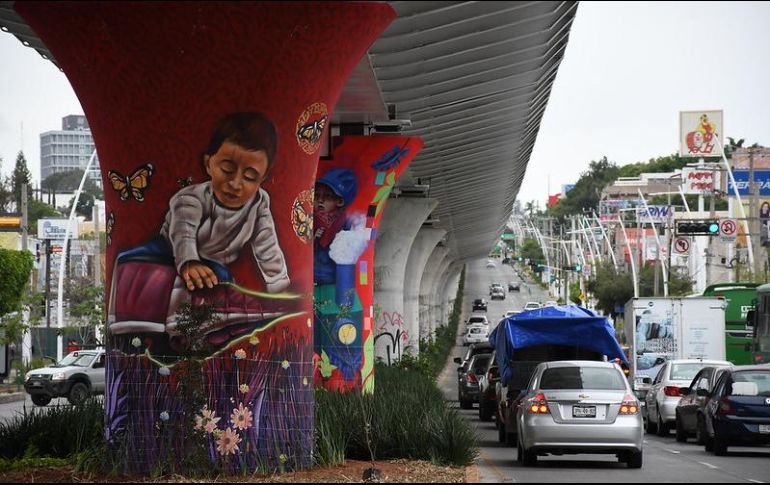 Activist David Gomez said the murals would be “a distraction” for motorists and, while he denounced the entire subway project as a “great urban scar,” he said it is now important to honor the original plan to cover the columns in vegetation, or vines. Gomez noted that 1,200 trees were uprooted to build the line.  He said there were dozens of public spaces, walls and buildings in the city that were far more suitable for creating murals.

Neighbors in Zapopan are also opposed to the art project – known as Traza Jalisco – and a group has posted a letter on change.org that has collected 3,000 signatures.

In a survey carried out by El Informador newspaper, three-quarters of respondents said they would prefer to see “vertical gardens” on the columns rather than works of art.

In addition, three respected local artists – Jorge Méndez Blake, Jose Dávila and Fernando Palomar – have publicly criticized the project, saying it has no artistic merit or harmony, arguing that columns are not ideal “canvasses” for murals. The works of art will deteriorate quickly, they said, and the the budget (an estimated 4.5 million pesos) would be better spent on other urban art projects in the metropolitan area.