Although on Wednesday, July 14, Jalisco recorded its highest number of Covid infections in a 24-hour period (813) since February 13 (807), the state government has ruled out making any significant changes in its strategy to limit contagion of the SARS-CoV-2 virus. 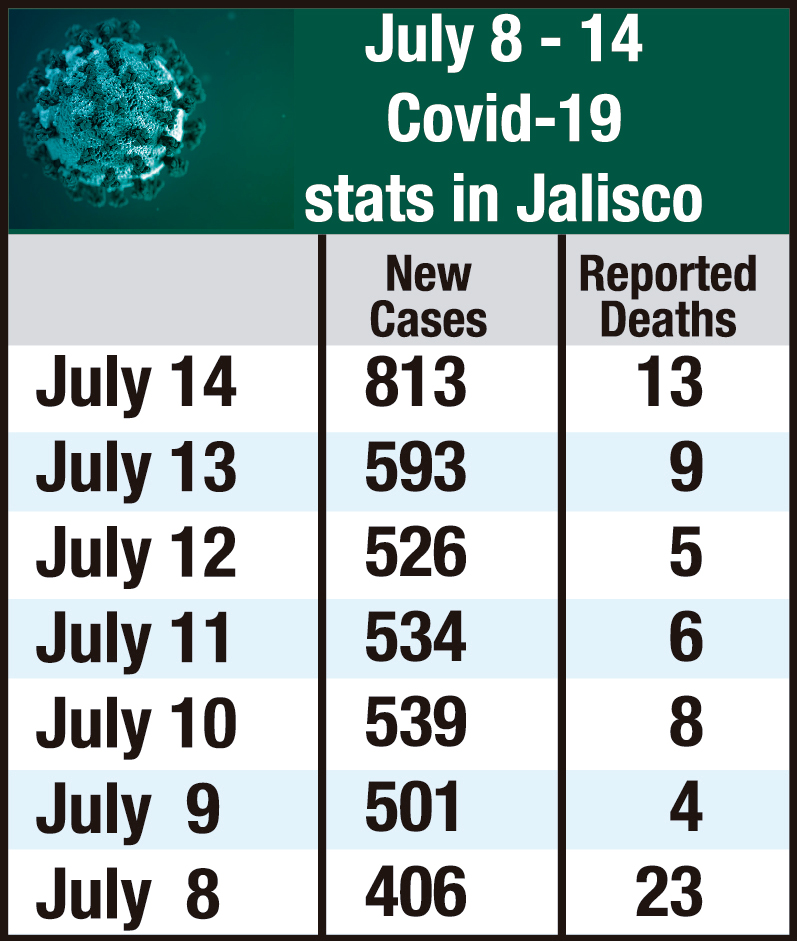 While hospitalizations are increasing, especially at IMSS facilities in Guadalajara, and among younger, unvaccinated people, the death rate has remained stable, suggesting the inoculation rollout has achieved one of its main goals.

Meanwhile, Governor Enrique Alfaro has acknowledged the presence in Jalisco of three new SARS-CoV-2 variants, including the rampant Delta strain. President Andres Manuel Lopez Obrador stressed on Thursday that research shows this variant to provoke no worse symptoms than any other strain, and said the vaccines used in Mexico are highly effective against Delta.

Jalisco’s rising infection rate is reflected in the national figures, which hit a six-month high on July 15, with the 24-hour total reaching 12,821.

Federal health authorities, and most states, now acknowledge that Mexico is experiencing a “third wave” of the pandemic but with 41 percent of the nation’s over-18 population having had at least one shot of vaccine, few see the need to change their current protocols in a meaningful way.