Imagine driving along a wooded country road near the Magic Town of Tapalpa and suddenly, there, standing quietly in the bushes, you come face to face with … a Bengal tiger! 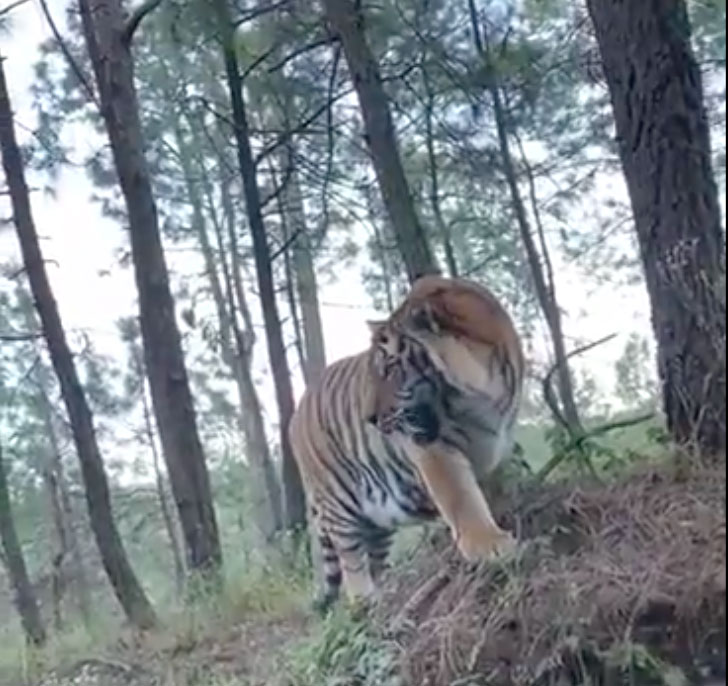 That’s exactly what happened to a score of motorists last weekend, as they came across the feline calmly going about his business at kilometer 60 on the Juanacatlán-Tapalpa highway.

Without getting out of their vehicles, many quickly reached for their cellphones to record the encounter with the big cat, who, on the videos posted later on asocial media, seemed unfazed by the attention and showed no aggressive behavior.

Authorities were quickly alerted to the situation and teams were dispatched to try and catch the animal.  Meanwhile, Turismo Rural de Jalisco posted various images of the tiger on its Facebook page, warning people not to approach it and that, far from being tranquil, it was acting aggressively.

The Jalisco Environment Department (Semadet) later announced that the feline had been captured, noting that it had escaped from a private residence, while releasing no additional details.

People concerned about the welfare of exotic or wild animals being held in captivity should contact the Environmental Protection Agency (Procuraduría Federal de Protección al Ambiente or Profepa) at 800-770-3372.