Claudia Morales Reza, a representative of the Wixárika (Huichol) community in Jalisco, was this week sworn in as the new president of the National Council to Prevent Discrimination (Conapred)—the first indigenous person to hold the prestigious post.

After taking the oath of office, Morales lamented the fact that millions of people in Mexico are still discriminated against because of their indigenous origins, skin tone, language and traditional dress styles. She also vowed to fight to end discrimination against those living with a disability, and with different sexual orientations. 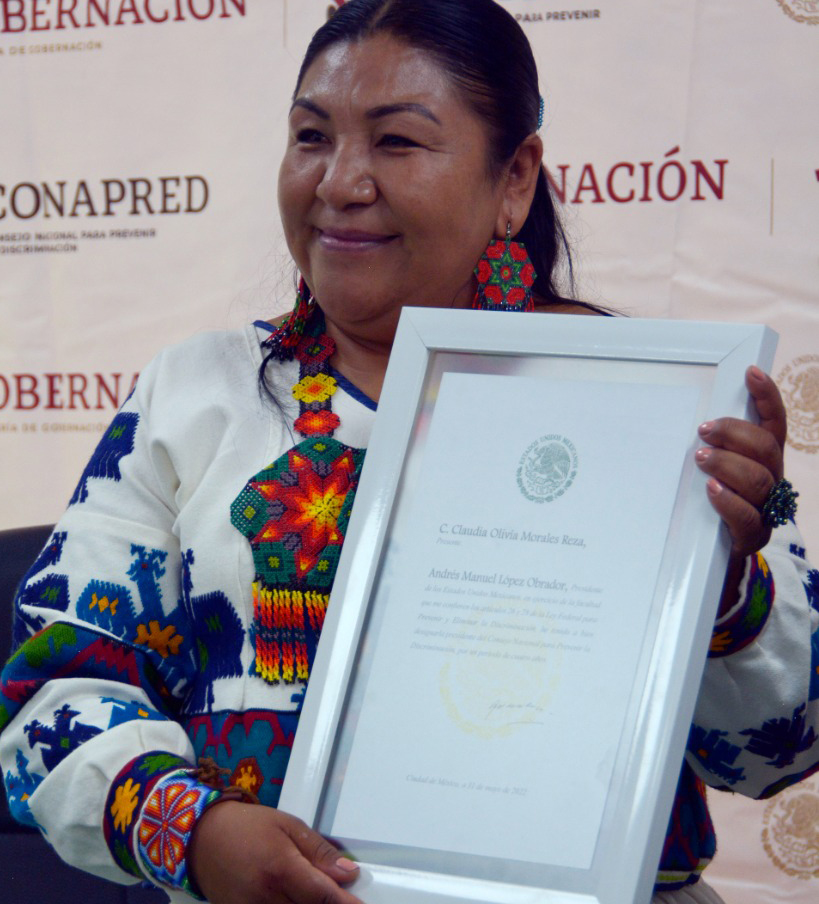 Conapred is an independent agency created in 2003 to promote policies and measures that contribute to cultural and social inclusion and guarantee the right to equality.  The council is responsible for receiving and resolving complaints of alleged discriminatory acts committed by private individuals or federal authorities in the exercise of their functions.

The job of president had been open for two years until President Andres Manuel Lopez Obrador recently confirmed Morales for the position.