A blanket comprised of strips of iridescent cellophane paper has been installed above the Andador 20 de Noviembre pedestrian walkway in Zapopan Centro.

Shimmering in the wind, this is yet another ploy to lure visitors to the metropolitan area’s “other” city center. Back in July, city fathers sponsored the installation of a section of the amazing woven canopy created by women in the Jalisco town of Etzatlan that earned them a Guinness record. 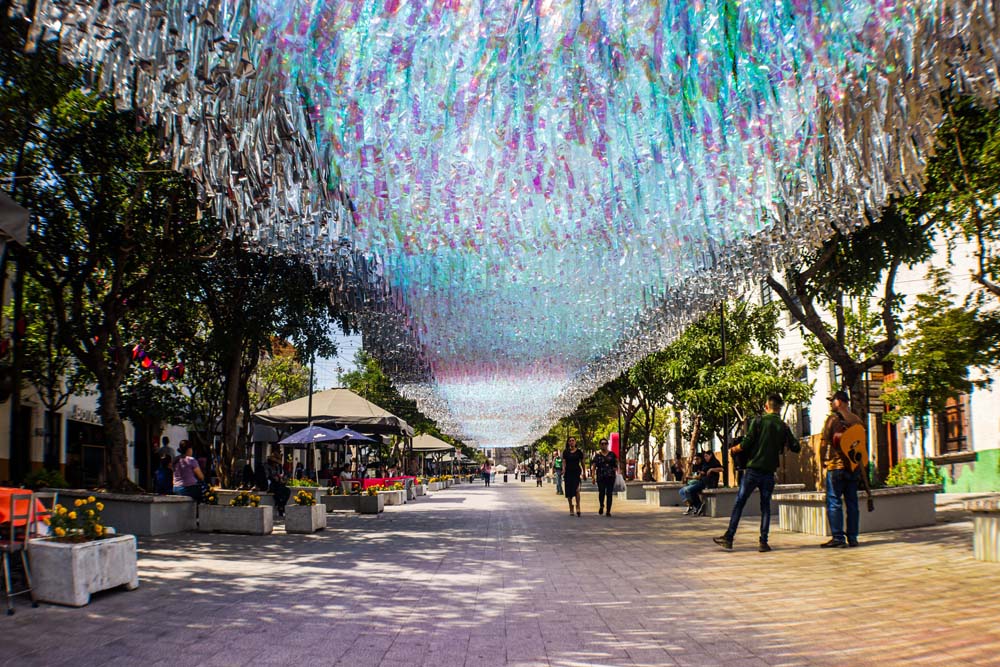 Other displays that have adorned this charming stretch of walkway leading to the massive Plaza de las Americas and the Zapopan Basilica include a ceiling of colorful opened umbrellas, a gimmick that originated in Tlaquepaque and has now been copied in dozens of cities and towns around the world.