They’re buddies for now, but are these three politicos gearing up for a grand battle in the near future? 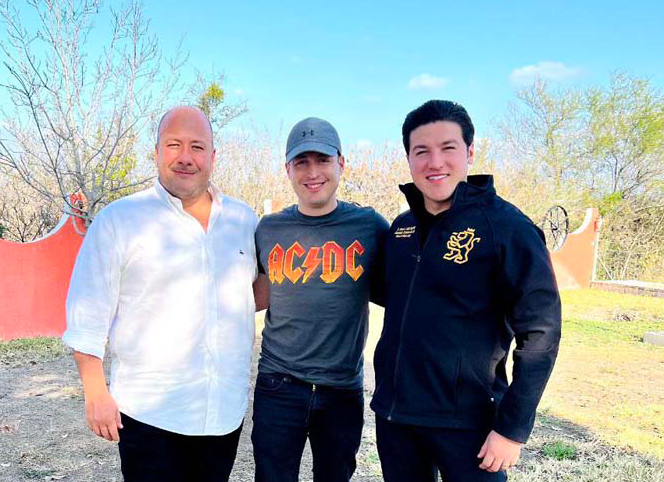 Jalisco Governor Enrique Alfaro this week hooked up with fellow Citizens Movement (MC) heavyweights, Governor Samuel Garcia of Nuevo Leon and Monterrey Mayor Luis Donaldo Colosio Riojas, for a photo op and a chance to express their commitment (in the words of Alfaro) to “continue fighting together against the old politics and show that Mexico can have another course.”

Most knowledgeable political analysts reckon one of the three will assume the banner of the MC for the Mexican presidency in 2024, just as long as the party decides to go it alone and not forge an alliance with another party.

At age 49, Alfaro is hardly the oldest politician on the national scene, but he’s almost in his dotage compared to his two potential rivals: Garcia is just 35 years of age and Colosio Riojas is 37. Their youthful appeal, however, may not be enough to endear either to the Mexican electorate, since the CM has little or no national recognition outside its stronghold states, Jalisco and Nuevo Leon.

If Alfaro were considering a run for the Mexico presidency, he will not be encouraged by polls which put him well behind both Garcia and Colosio Riojas in the eyes of MC supporters.

The favorite would be Colosio Riojas, who of the three has much wider name recognition, being the son of Luis Donaldo Colosio, the former presidential candidate for the Institutional Revolutionary Party (PRI), assassinated at a campaign rally in Tijuana in 1994.