“The Keeper” recounts the true story of Bert Trautmann, who, while a German prisoner of war in England, is recruited to play goalkeeper for the local football team.

After the war, Trautmann marries and remains in England to play for the wildly popular Manchester United team, becoming one of the greatest goalkeepers in the sport’s history.

Not surprisingly, much of the conflict in the film comes when Trautmann and the team management face an outcry of outrage from the British public, especially Jews, who are incensed that a former member of the Luftwaffe is representing their team; but support comes from an unlikely source, and eventually Trautmann wins the respect and love of British fans.

Touted by The Guardian as “a really watchable film” and “a muscular and sympathetic story,” this sports romance, boasts strong performances by award winning actor David Kross as Trautmann (“War Horse,” “The Reader”) and Freya Mavor as his love interest, Margaret (“Skin,” “The White Queen”). 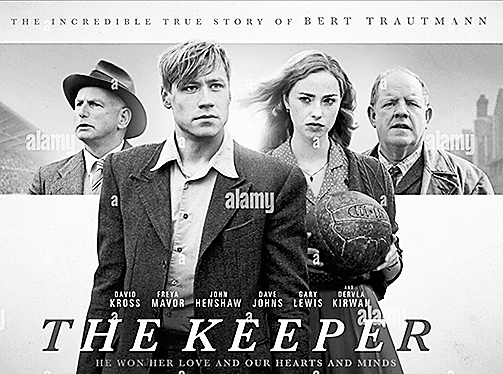