Take a casual stroll through the streets of Paris with French entertainer Michel Giglia performing music from Edith Piaf, Charles Trenet and more, at The Spotlight Club Friday, October 11 and Saturday, October 12. Accompaniment is from Jorge Hernandez on guitar and Leon Hernandez on accordion.

The Friday performance includes a dinner featuring Coq au Vin and dessert by Abue Linada’s Cusine. The next night is a show only. Tickets are 500 pesos for the dinner/show and 300 pesos for the 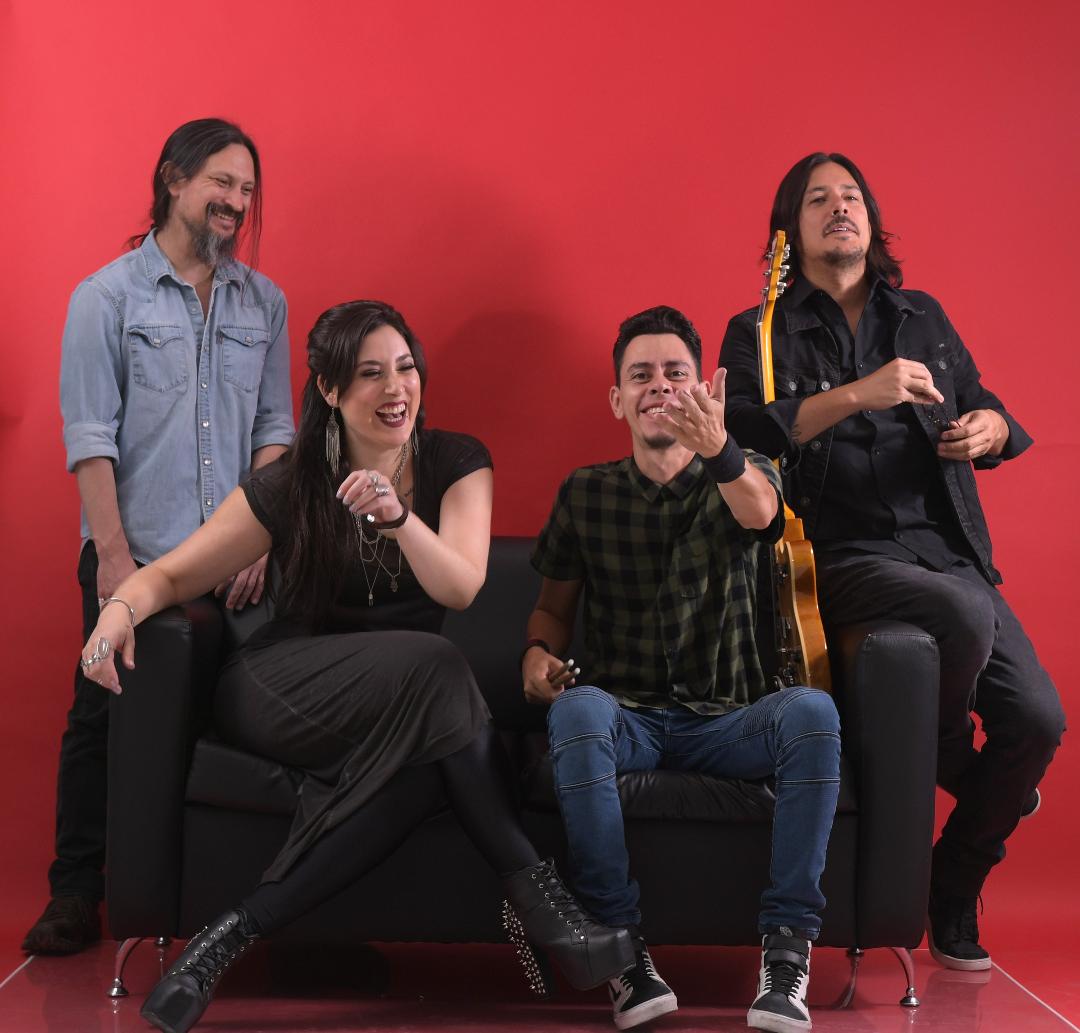 Guadalajara artist Cynthia Real will exhibit two collections of nature paintings opening Friday, October 11, 7 p.m. at Jocotepec’s Casa de la Cultura, located adjacent to the central plaza.  The works tied together under the title “Primavera Mágica” are acrylic paintings with touches of gold representing the beauty of Spring. The second series, called “Entre Flores,” is made up of pencil and ink sketches reflecting concepts of internal transformation.

Movie Space Cinema has agreed to show the live Met transmissions in two theaters, one with English subtitles and one with Spanish subtitltes. 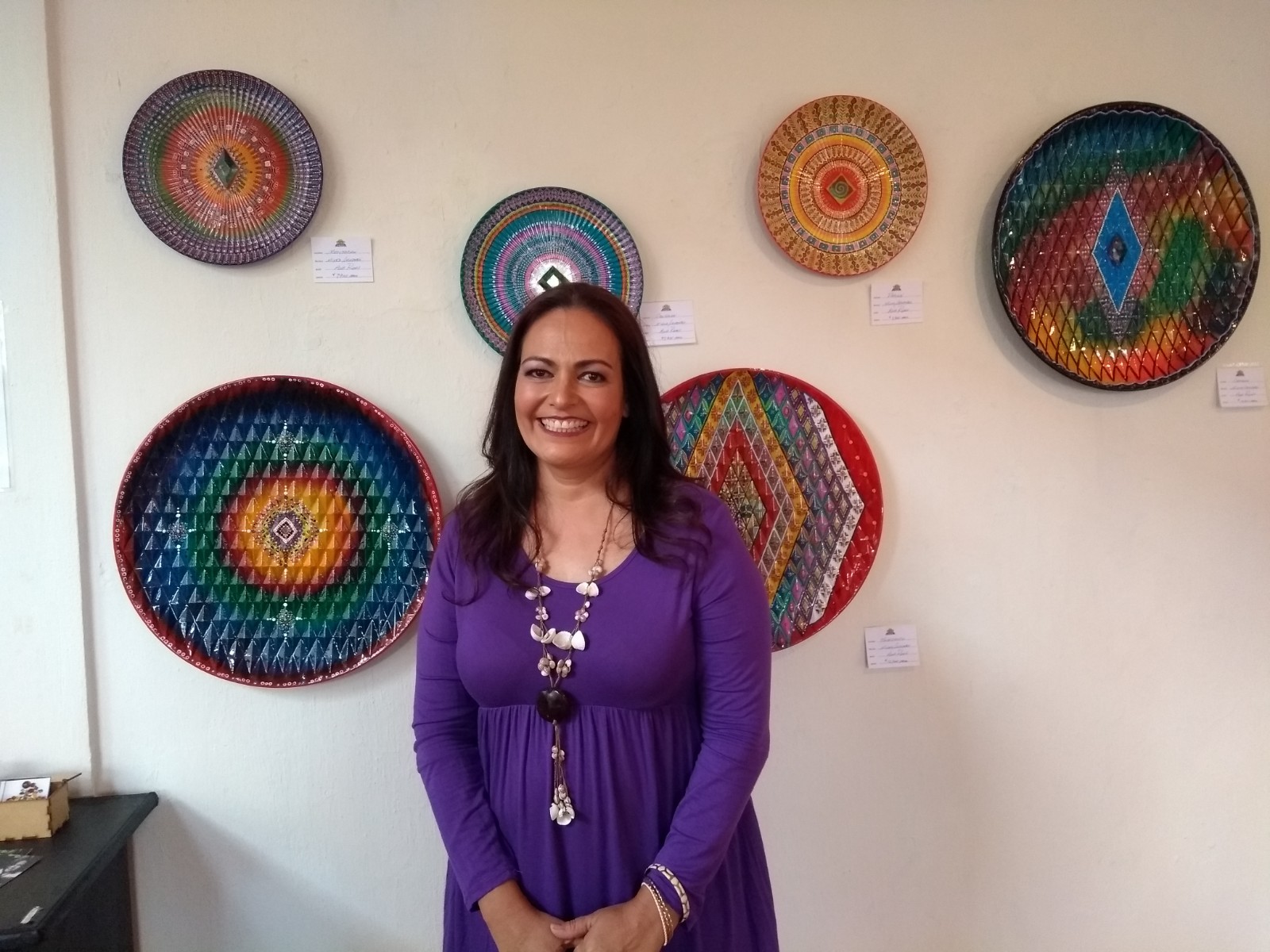 A selection of works by photographer Xill Fessenden will show at the Casa Luna, Ocampo 22, Ajijic, through November 23. The inauguration is Saturday, October 12, 5 p.m.

Relive the disco era with a set of songs interpreted by Abby y Rocia at Janelle’s Garden, Wednesday, October 16, and Thursday, October 17, 6-9 p.m. This exciting dinner/dance evening will also include line dancing.

A limited number of tickets are available from Diane Pearl’s, Mia Boutique and Janelle’s Garden. This cost for music and the meal is 350 pesos.

On October 17, the film “In Bloom” (Georgia, 2014) will be screened. Set in the Georgian capital of Tblisi in 1992, this coming-of-age story sculpts warmth and pathos out of a bleak socio-political climate. (95 minutes.)

The Lake Chapala society will host a showing of work by  members of the Ajijic Society of the Arts Saturday, October 19, 10 a.m. to 2 p.m. 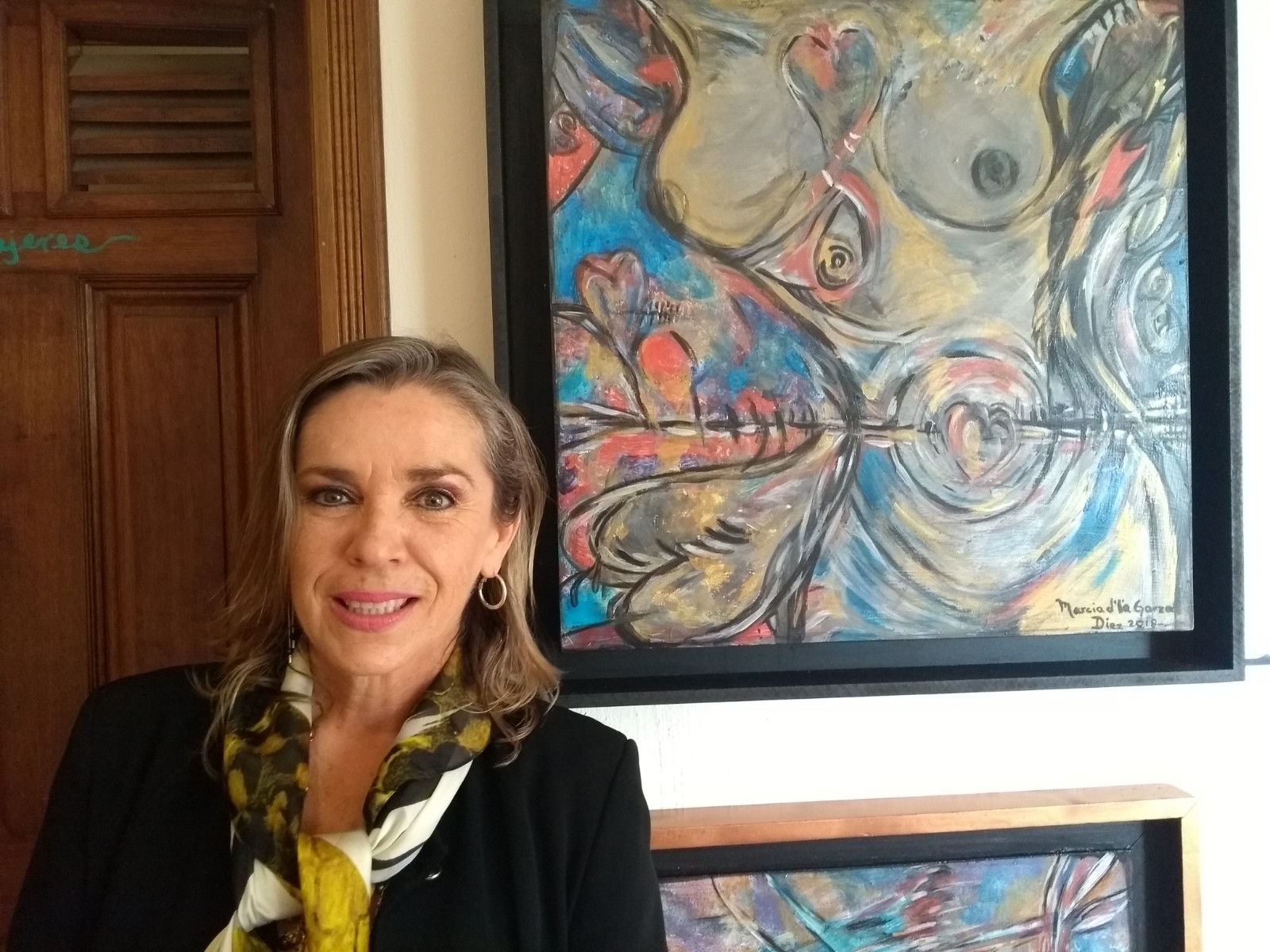 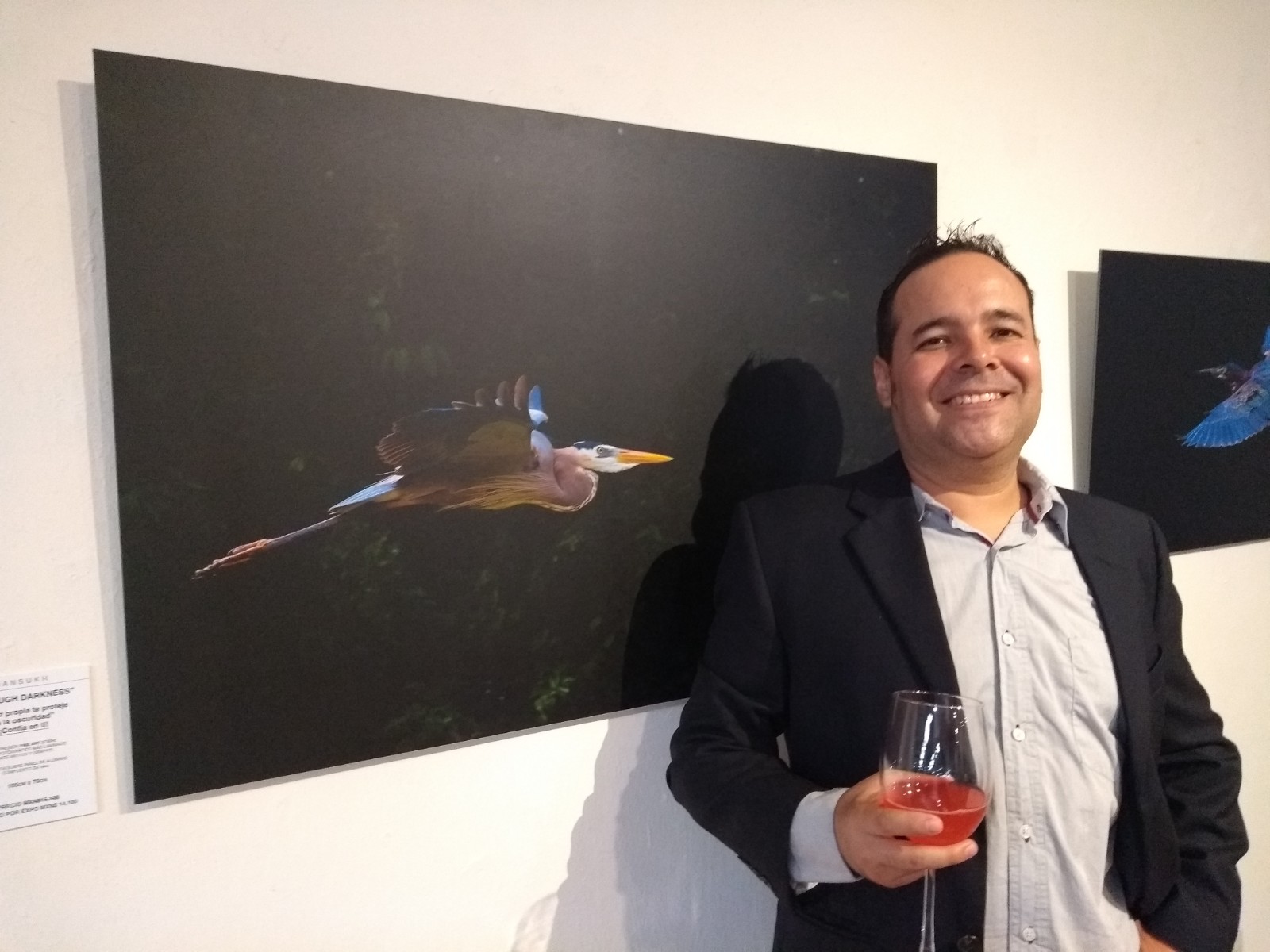 Acrylic paintings and ceramic sculptures by Marcia de la Garza Diez, and large format images of birds by wildlife photographer Miguel Lasa (Mansukh) are on exhibit on the second floor of the Centro Cultural de Ajijichrough the end of this week.

La Loteria, a collective exhibit revolving around the theme of the Mexican version of bingo, opening Saturday, October 19, 5 p.m., at the Centro Cultural de Ajijic, will feature paintings and sculptures by 11 artists from Guadalajara, with music performed by Aveparadiso. The show is set to run through October 30. 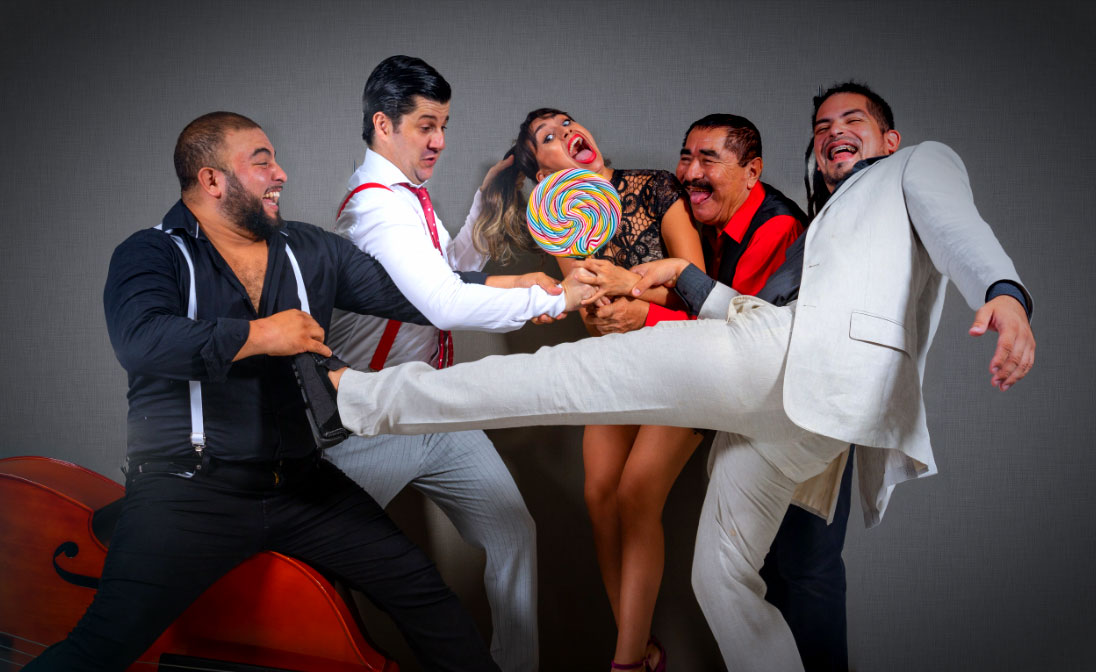 Past Modern Jukebox, starring Lollipop, swings into Lakeside with two shows at The Spotlight Club Wednesday, October 23 (show only) and Thursday, October 24 (dinner/show). This talented, five-member band puts a unique spin on beloved classics from the 1970s and 80s, with hits from Queen, Journey, Eric Clapton, Kiss, Chicago, Police, Creedence, the Bee Gees and more, and converts them into the vintage big band (Tommy Dorsey, Glenn Miller, Count Basie) sounds of the past. From jazz to funk and ragtime to swing, this group of musicians represents the style and craftsmanship that typified the music of past generations. 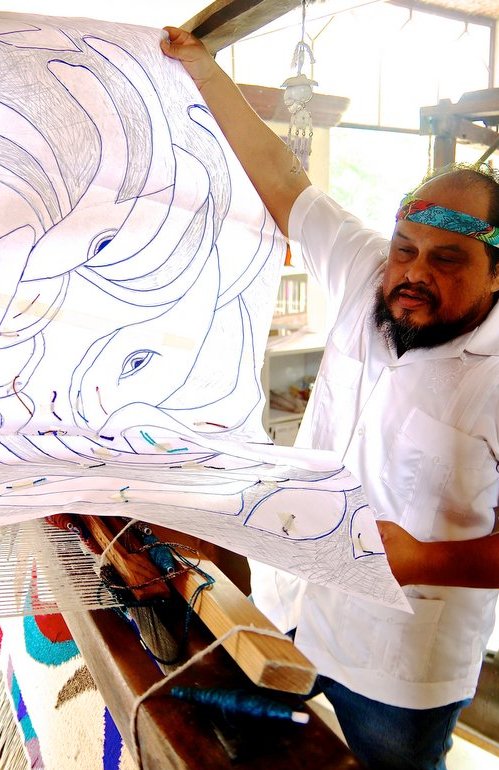 Bare Stage is located at Carretera 261 on the mountain side in Riberas del Pilar across from Catholic Church.

There is no charge for this event. Everyone is cordially invited to the opening of the gallery located in West Ajijic, Carretera Pte. 232, near Yves Restaurant and Dental Express. Wine and botanas will be served. A slide/video presentation of Kimball and Urzua’s collaborative weaving process, produced by documentary filmmaker Allan MacGregor, will play in the sala.

Bar El Camaleon, Constitución 25, Ajijic, hosts a “Rock Legends” evening Saturday, November 2, 9 p.m., featuring the music of the Doors, Janise Joplin and others. Prizes for the best three Day of the Dead disguises.