Without any warnings, I find out a record number of  people in Mexico believed they’re possessed and are seeking exorcisms. This is worrying, because all I have in my bodega is some raccoon repellent. And it never worked.

The College of Exorcists says that the nine exorcists who work in the Roman Catholic Archdiocese of Mexico are swamped with requests for exorcisms. And journalists like myself are afraid to report on it, for fear of being harassed or, worse, have my head spun 180 degrees. 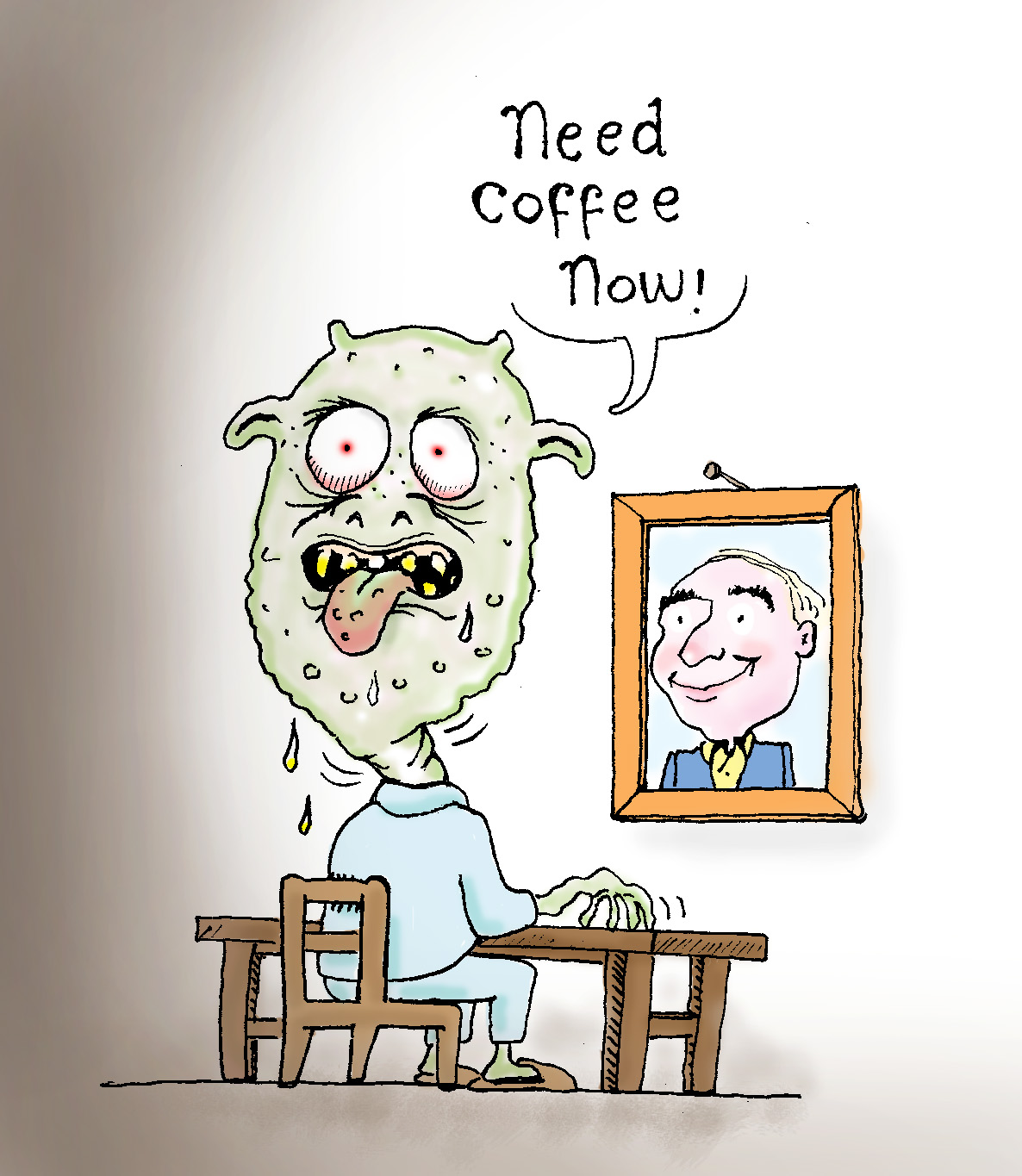 On February 25, exorcist Friar Benigno Palilla of Rome said that 500,000 cases of demonic possession were reported in Italy annually (and several have become made-men). Of Sicilian descent, you hear about all these demonic possessions, and you start to notice your own symptoms. I look in my mirror and I’d swear I’m starting to look like El Chapo. I scream every Easter, “Why are we celebrating a man who rose from the dead, by giving each other chocolate bunnies!” (Somewhere along the way I missed a catechism lesson.) Also, some mornings before coffee, I’m told I speak in tongues.  These could be the work of the devil.  Or, a bad pozole.

Anyway, this trend in Mexico has been growing over the last several years and has hit record numbers today. The nine exorcists are in a panic. They demand more help every year, and more smoke breaks.

So what’s going to happen? Priests will have to deputize upstarts not fully versed to give exorcisms, and they will be improvising: “I command you by the order of Jesus ... to, ah, scram!” After the first projectile vomit, the deputies will find excuses and flee. “Father, I just realized I have a game of Mexican Train scheduled this afternoon.” Or, “Your Holiness, I must go. My grandmother just drank the entire bottle of Sunday’s holy wine!” So recruitment of rookies doesn’t always work.

But, the exorcists have another aid: The archdiocese told the Jalisco newspaper Milenio that medical and psychiatric examinations by professionals can reduce the number of victims by showing that some people are just nuts.  How this is determined is never revealed. But I can see where symptoms of mental illness and demonic possession can be confused. As a chronic depressive myself, I’ve had friends get confused and chase me into the bathroom with a crucifix.

But here’s the BIG question you probably want to ask: Do devils really exist?  That is, before marriage.

Do I have the answer? Yes, I do. It’s all we talk about on Texas Hold ‘em night.

The devil originated among the Essene Hebrews, a sect well-known today because they also started that “born again” business and the bible in every hotel room when what you need is a hairdryer. Early Christians then promoted the devil idea according to Luke’s gospel to strike fear in the hearts of disbelievers.

But what the Essene devil really represented was ancient fake news used to degrade religious rivals. He was a character of pure evil and was cast as the one responsible for the corruption of one’s religious enemies. The devil then represented a fictionalized evil attributed to any group one despised. So, in this respect, he’s alive and well even today, and prompts all religious groups to wear funny hats — so you know who to hate.

Finally, in Mexico it’s not just individuals whom the clergy attempt to exorcise of their demons. Priests in 2015 carried out exorcisms here intended to purge the whole country of its ills such as high levels of violence and the presence of drug cartels. Now, exorcisms can backfire. As we all know. And the possessing demon can actually get even angrier. I’m sure the NRA believes this. And it wouldn’t surprise me if they added a question on their membership application: Have you ever been possessed? And if not, do you find that open-carry may be one of the reasons?