While hiking through the woods one day, I came upon a person crouching in the middle of the trail, examining some small brown mushrooms which had sprouted in the droppings left by a passing cow.

“Do you know something about mushrooms? I asked him.

“I know something about this particular toadstool,” he told me. “This is Psilocybe cubensis and it’s world famous.”

At that, I pulled my mini-recorder out of my camera bag and asked the stranger if I could record what he was about to tell me for my Reporter column.

“OK,” I replied, “so what about these toadstools?”

“Well, they are known everywhere as magic mushrooms,” he told me. “They contain a chemical called psilocybin which was first analyzed by Albert Hoffman, the Swiss scientist who isolated and studied LSD. These mushrooms are found all over the world: in India, in Russia, wherever you find cow or buffalo pies. People who consume it say the ‘trip’ doesn’t show you pink elephants, but makes you feel loved and ‘cleans your heart.’ So this mushroom typically changes people in a good way and there are studies to back this up. Here in Mexico it’s been used for 3,000 years for sacred and medicinal purposes and was called teonanácatl (God fungus) by the Aztecs. Personally, I think everybody on earth ought to take one ‘trip’ with this mushroom at least once in their lives.”

My informant-in-the-woods went on to say that a microdosis of psilocybin has been found to be very effective in alleviating depression. 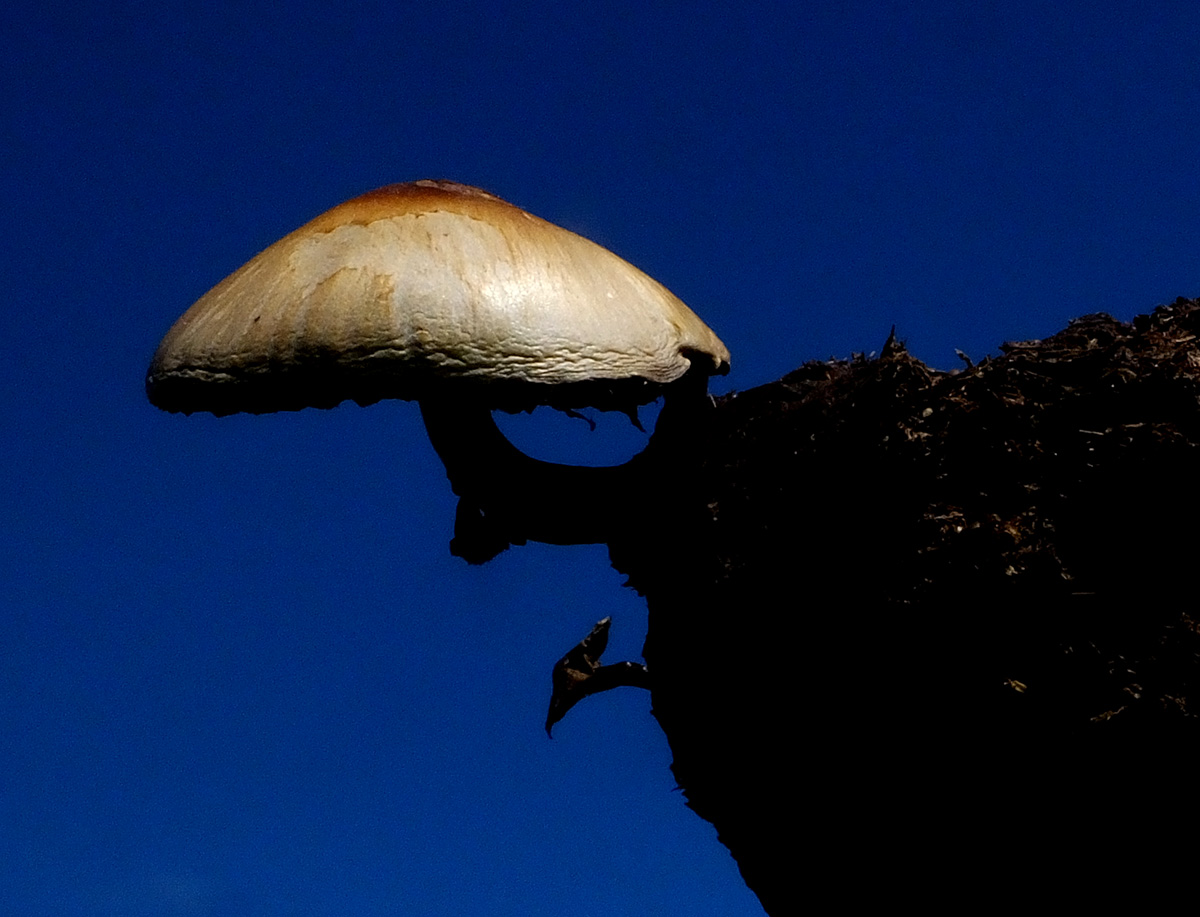 “These doses are very very small, so they don’t induce a ‘trip,’ but nudge the user in a certain, very beneficial direction,” my new friend continued. “They represent an alternative to expensive and addictive antianxiety agents like alprazoam (sold as Xanax and Tafil, for example).”

He told me that people who take these microdoses gain a sense of what their body needs or does not need. An alcoholic, for example, might start asking himself why he’s drinking and decide to give it up on his own.

The knowledgeable stranger continued: “You start seeing problems from a new perspective, from above. And you no longer feel stressed. If there’s a solution, you use it, if there’s no solution, you forget about it. And your creativity goes sky high … A person who feels depressed, who feels that life is not worth living, who doesn’t want to get out of bed, takes a microdose and everything changes. This person says, ‘Wow, do you see the colors of those flowers?’ You start to value all the things that are around you, all the things you were taking for granted. So you start changing and little by little realize you are leading a better life. And this, in turn, makes life better for the people around you.”

All of this was a eye-opener for me. I realized my informant knew a lot about the effects of microdoses of psilocybin on depression, so I asked him if he actually knew some concrete cases of people who had tried this. 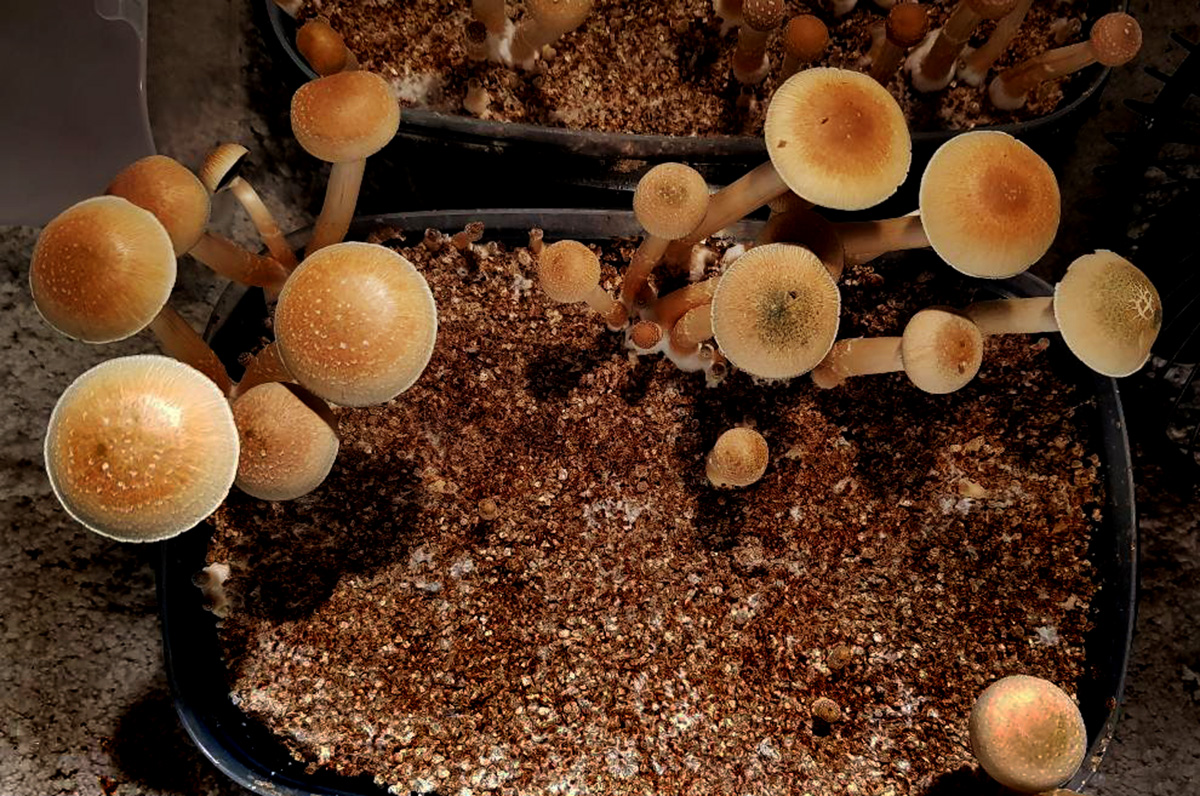 “Yes,” he replied. “Just as an example, let’s take the case of someone we’ll call Pepe Gonzalez. He was a quiet person and he had some issues. He heard about these microdoses of psilocybin and decided to give it a try. And after about three weeks he said, ‘I don’t know if I’m going to continue to take this, I don’t feel any change.’ And his wife told him, ‘You stop taking those pills and I’ll divorce you on the spot!’”

Although Psilocybe mushrooms are found widely, they are classified as illegal just about everywhere. Nevertheless, a great deal of informal experimentation with them has been going on for some time and, according to Scientific American, many psilocybin microdosers have reported that the mushrooms can increase creativity, calm anxiety, decrease the need for caffeine, and reduce depression.

The website Pharmaceutical Technology reports that on August 22, Compass Pathways, which studies psilocybin in treatment-resistant depression patients, “received the green light from the U.S. Food and Drug Administration for starting a Phase IIb dose-ranging study with 216 patients, the largest clinical study ever done with psilocybin, involving patients from research centers across Europe and North America. If successful, Compass will start a Phase III trial, with a view to file for approval in 2021.”

The report also cites a successful double-blind study led by Johns Hopkins researchers which indicated that around 80 percent of participants suffering from depression or anxiety enjoyed considerable relief for up to six months from just one dose of psilocybin. “This is remarkable news considering that the vast majority of depression medications on the market can take weeks or months to show effects, and sometimes these are modest and come with damaging side effects,” says Pharmaceutic Technology.

Do you find this topic interesting? To find out more, you really don’t need to go hunting for cow pies, just google “psilocybin.”