Even with a roomful of expectant, older faces turned her way, Democrats Abroad (DA) international chair Candice Kerestan, a 30-something who had flown from Bonn, Germany, to Guadalajara Friday to speak to DA members from all of Mexico, did not lose her quiet eloquence. 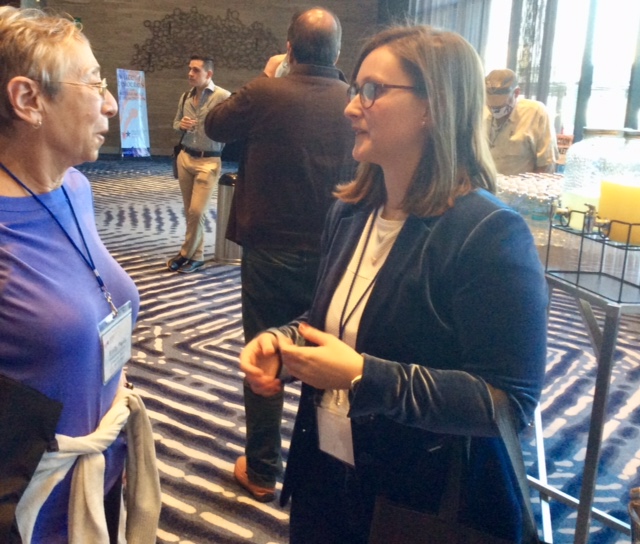 Indeed, the admiration evident during Kerestan’s keynote speech at DA Mexico’s annual meeting March 11 to 13 partly turned on her relative youth—as the second youngest Democratic leader at her level. When she recounted the loss of her self-described naivete at the election of former U.S. President Donald Trump on the heels of Barack Obama—which had been her first voting experience— Kerestan’s grasp of a historical perspective wider than her years seemed to resonate with the approximately 50 older listeners present.

“I saw that human rights and equality aren’t a sure thing, but that there are people wanting to take them away,” she elaborated after the Saturday talk, held at the Hilton Guadalajara Midtown.

Kerestan detailed other gains in perspective that followed from the experiences of youth. For example, she explained that she took a certain amount of dysfunction for granted when she was growing up in Pennsylvania—problems with the educational and health care systems, for example—but then saw after moving to Germany to pursue a PhD in political science, that the German systems in these areas worked well.