The Easter holiday period, Chapala’s peak tourist season, got off to a rocky start when a group of Malecón food vendors blocked off the city’s main points of entry on the morning of Thursday, April 14, to protest against the local mayor’s initiative to spruce up and unify the image of the waterfront commercial zone. 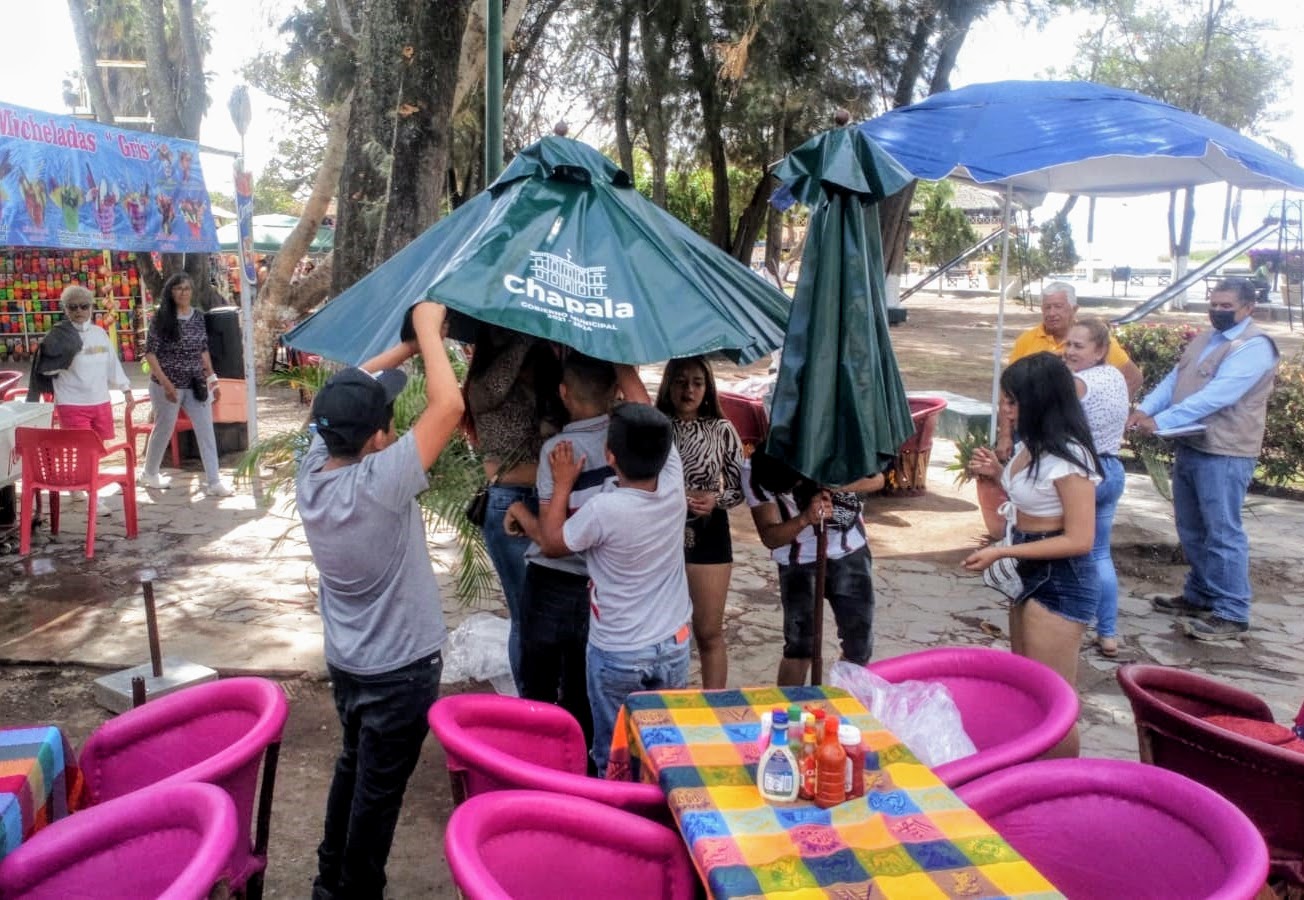 The merchants’ ire was provoked by inspectors from the City Hall regulations office, who appeared at their stalls to remove plastic tarps strung up to shade tables and chairs for dining customers. A statement later released by the government press office indicated that the vendors had been notified well in advance that they had until that date to replace the tarps with green fabric umbrellas set in cement bases.

Opponents to the change claimed they were being obligated to purchase sombrillas from the government at an excessive price and printed with the current administration’s corporate logo. The press release countered the argument, saying that interested parties were only required to use similar models. The price tag of 5,600 pesos per unit for those purchased from the government would be split 50-50 between City Hall and the buyer, payable on credit if so desired.