A friend who used to own an excellent French restaurant, which recently closed for lack of business, told me that Trip Advisor listed about 850 restaurants in Guadalajara in 2009, the year he opened, and that they now list well over 2000. 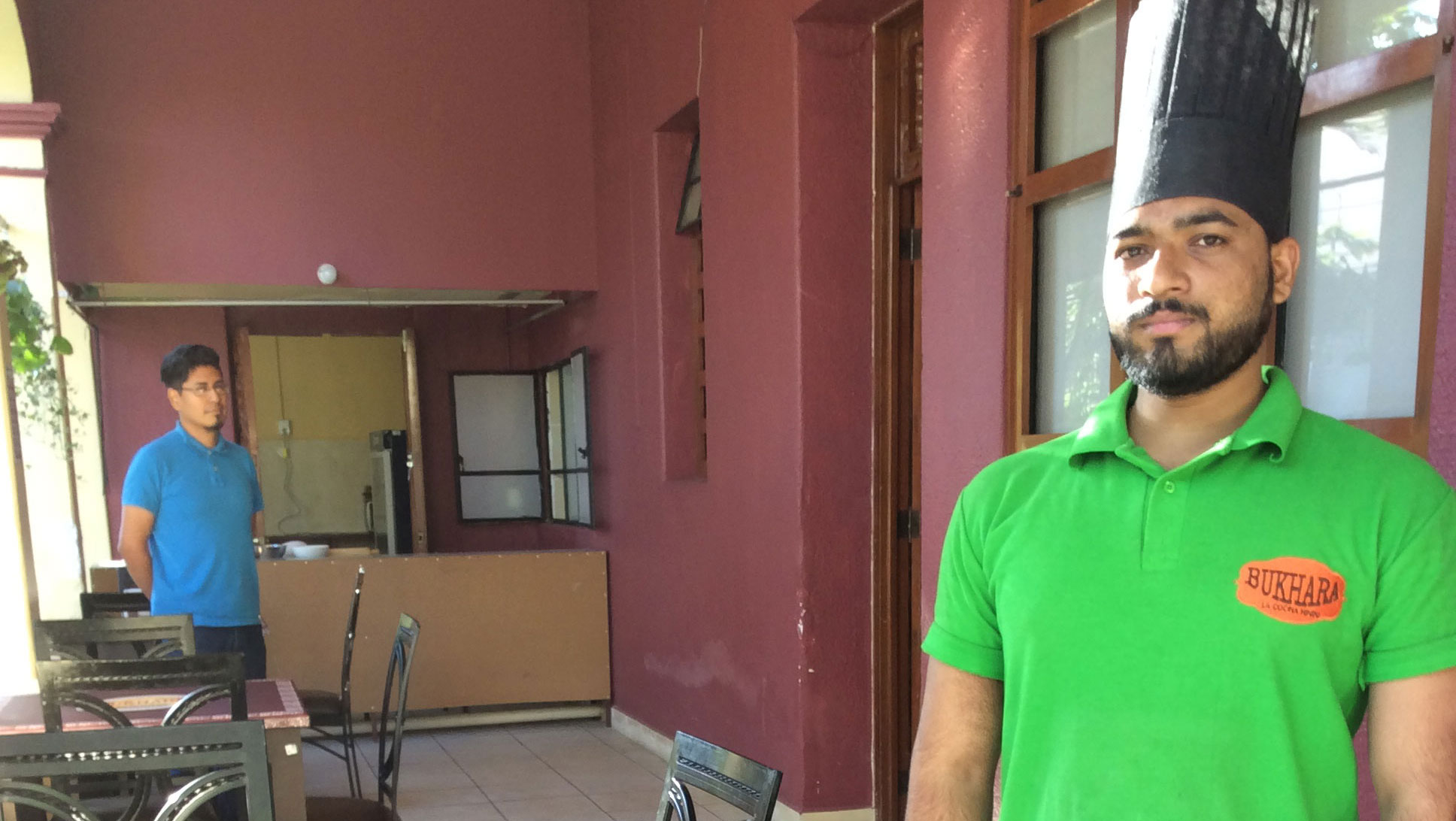 One of the newest of these mushrooming restaurants, so new that Trip Advisor apparently hasn’t found it yet, is Bukhara—La Cocina Hindu (Hindu kitchen), which opened in early January in a handsome house with a porch, gate and front lawn, in Colonia Americana not far from the U.S. consulate. Besides being near that people magnet, Avenida Chapultepec, Bukhara has the advantage of location, location, location, in what may be called Guadalajara’s “Little India”—a few square blocks in which three established Indian restaurants are already open, one of which is actually named Little India.

Aside from its newness and the spacious building, tastefully decorated in subdued tones and lacking blaring Indian music videos (which many people find rather captivating), dazzling lamps and other colorful furnishings, perhaps Bukhara’s most outstanding characteristic at the moment is its copious menu.

However, come to think of it, at least one nearby Indian restaurant also has a huge menu. Still, Bhukara’s struck me as particularly hefty, since it has, for example, so many seafood, lamb and vegetarian dishes, as well as an amazing seven types of naan, including one I had not seen for about 30 years—Kashmiri Naan, sprinkled with dried fruit.

Naan is a yeasted flatbread cooked in a Taandoor oven, which originated in the northern Indian state of Punjab and then gained popularity farther south. Other Punjabi specialties at Bhukara are the many dishes cooked in the Taandoor oven. Eight of these are listed on the menu, including Taandoori Fish, which can be either mojarra (tilapia) or huachinango (snapper), which is more expensive (250 pesos) and less likely to be farmed than mojarra.

Three of the four seafood platters are based on mojarra, I was told, and one of these is the Punjab specialty, Amritsari Fish (250 pesos), named after the Punjab city Amritsar, one of the northernmost large cities of India, unless you include the cities of Kashmir, an area that India, Pakistan and China are squabbling over. 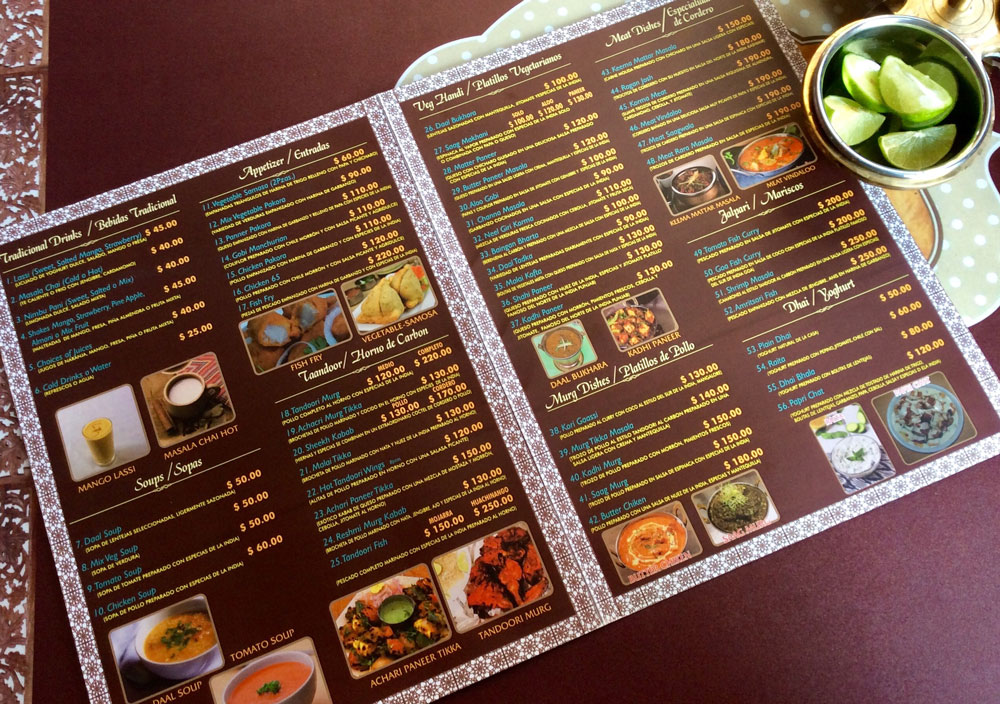 And, to add more social and geographical factoids to the mix, some of the food served at Bukhara, the restaurant, is also served in the city of Bukhara, Uzbekistan, which, although located over 1,000 kilometers (600 miles) northwest of Amritsar, shares with Punjab the rugged terrain and religious mix—Sikh, Hindu, Muslim, etc.— as well as some cuisine. (It is a curiosity that in Guadalajara, Indian restaurants are called “Hindu,” even though, in the case of Punjab at least, people of the Sikh religion comprise about 60 percent of the population.)

I ordered Saag Murg, or chicken in spicy spinach sauce (150 pesos), which is commonly eaten in the north, including Punjab, said to be the richest and most agricultural state in India. It is rich in dairy products too. Perhaps that is why the top of my Saag Murg was drizzled with cream; this, I was informed, is done for every main dish at Bukhara.

The menu says that all the rice dishes are made with long-grained basmati rice, which, like a lot of the food at Bukhara, comes from northern India. My Rice Zafrani (saffron rice) had a beautiful color, that distinctive basmati aroma and a slight saltiness. However, since local Indian friends have complained about the rice in Guadalajara’s Indian restaurants, I examined it closely. The grains were fluffy and did not stick together but some of them were broken. It had a pleasant, though unremarkable taste. I usually eat brown rice, so one day soon I hope to ask an Indian friend to give it a thumbs up or thumbs down.