Perhaps one of the nicest surprises is the one that has been hanging around unnoticed right under your nose for a long time. 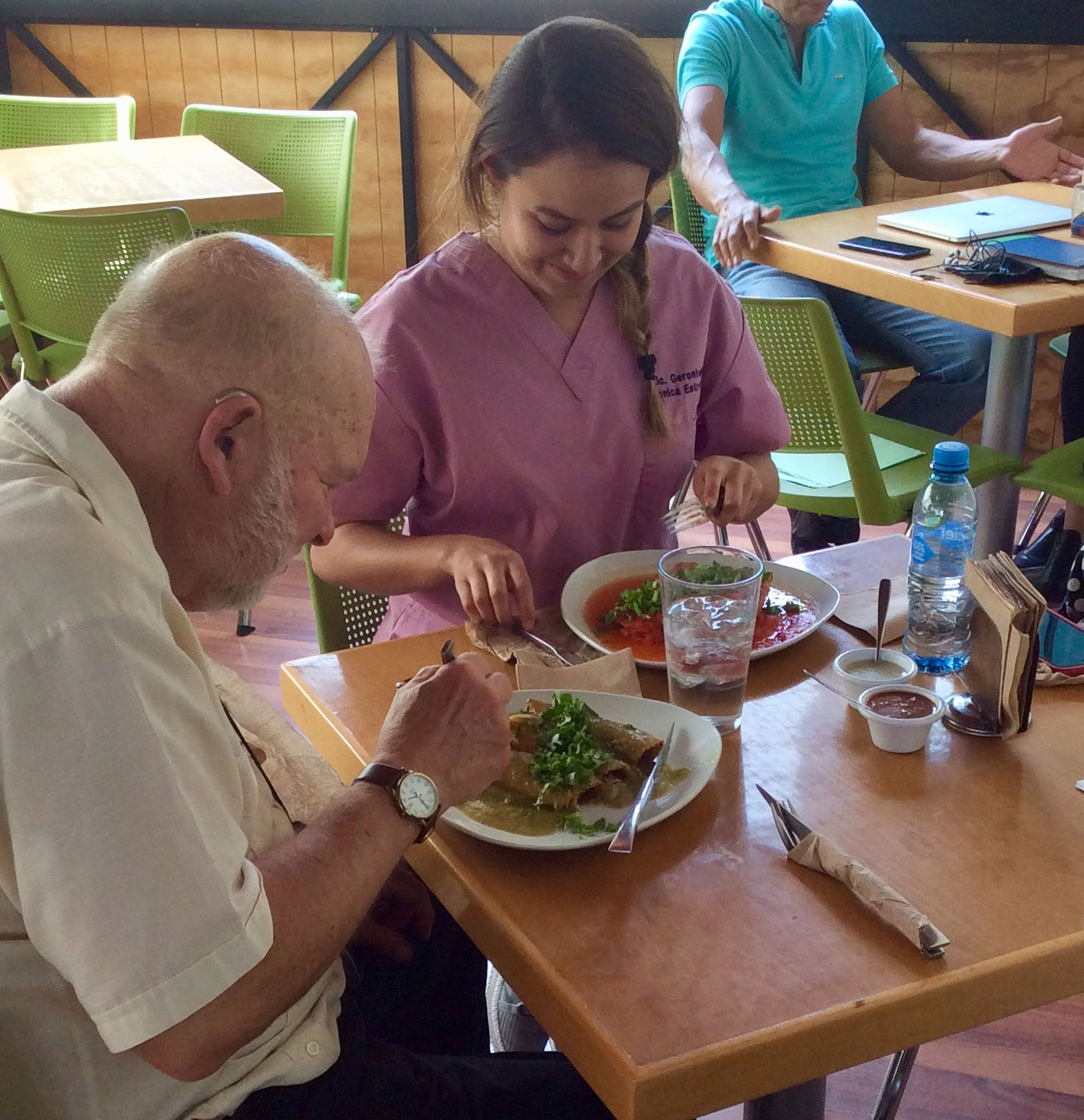 Although it is a humbling experience to realize that, as a health nut, one has managed to overlook – for three years, no less – not only an organic restaurant, but a spacious organic grocery store in walking distance of home, it doesn’t dim the yearning to take advantage of them now that you know where they are.

And Organic Now, located on the ground floor outside an apartment complex tower in Guadalajara near Avenida Chapultepec at the corner of Marsella and Vidrio, is also pet friendly, “even in the restaurant,” according to one of the staff of ten.

Owner Enrique Alonzo, who happened to be sitting next to my dining companions and me when we ate lunch at one of the approximately ten tables, said he is not quite sure why he gave Organic Now an English name, except that he was inspired by the U.S. supermarket chain Whole Foods. (And he speaks English as well.)

Alonzo endowed the restaurant with its orientation (organic, libre pastoreo, and free of milk products, gluten, sugar, pesticides and hormones) and with an ample menu consisting of eight pages plus beverages, including the tasty minty lemonade with a touch of honey that I ordered.

The menu begins with a large breakfast selection, served all day long starting at 8 a.m. (Sundays at 9 a.m.) and featuring many egg dishes, omelettes, chilaquiles (about ten varieties), tortilla española, waffles, pancakes and French toast. Highlights are the organic bacon – you read that right – as well as organic ham, chicken and arrachera, which are served in breakfast dishes as well as in others, such as in the pizzas, enchiladas and sandwiches. 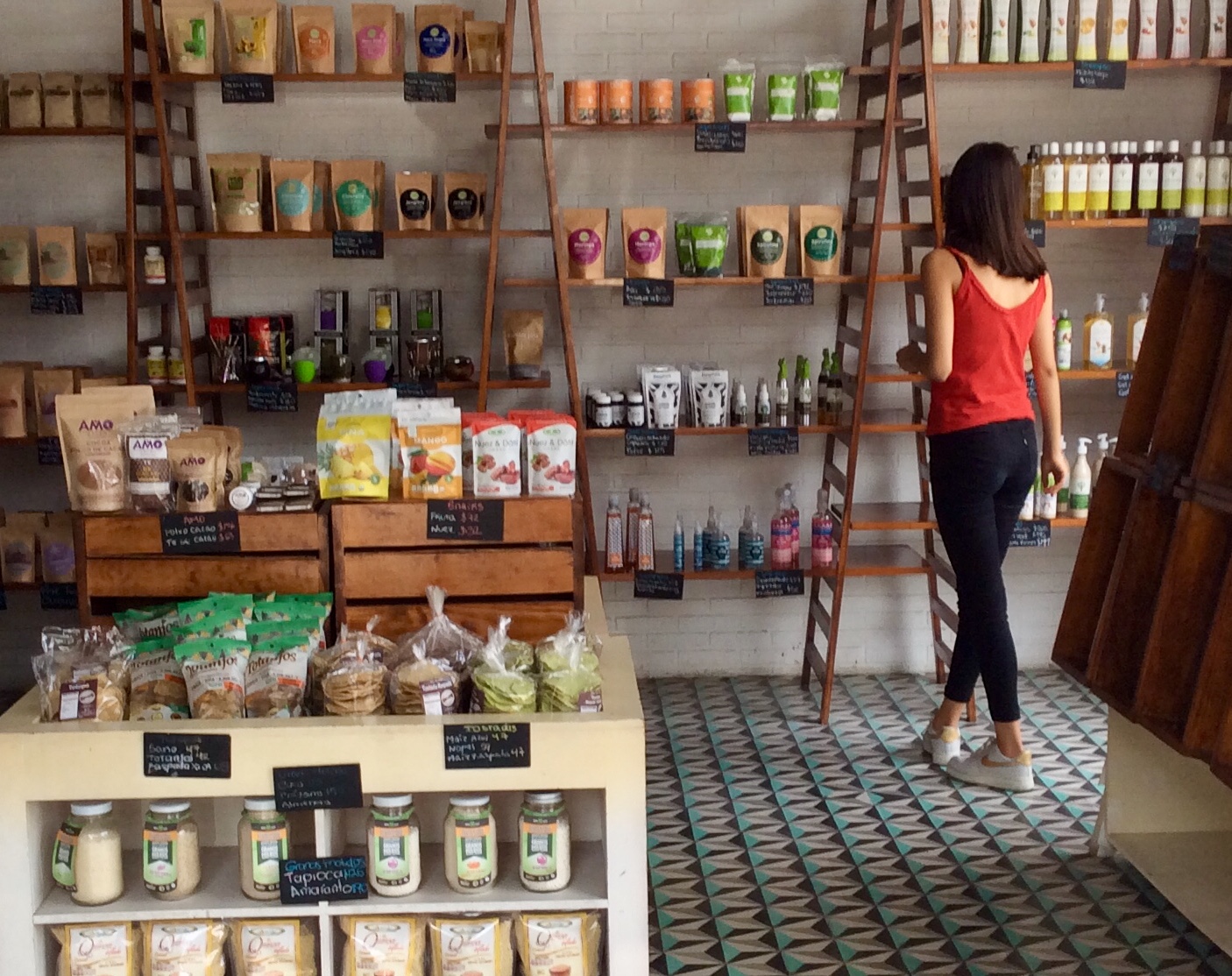 Mention of the organic meat (and whether it can be authentic) brings me to the market, which is larger than the restaurant and features two freezers stocked with organic chicken, beef, bacon, hot dogs, bison, deer, jabalí (boar) and organic tilapia, which comes from a Mexican fish farm and is marked with the logos of Inecap, an educational farming organization, and SAGARPA, the Secretary of Agriculture and Rural Development.

Staff informed me that, while organic doesn’t always mean certified organic here, the company in the background of Organic Now, called Wellness Biohackers Mexico (biohackers.mx), is developing its own certification process.

Besides meat and fish, the market sells a good selection of vegetables, a huge variety of packaged whole grains and sundry packaged foodstuffs and household items, such as soap.

You can linger at the restaurant (or market) until 9 p.m. Monday through Saturday, while on Sundays the hours are reduced – 9 a.m. until 4 p.m. In addition to the lunch and dinner dishes already mentioned, Organic Now features large salads, alambres (tacos made with meats, mushrooms or vegetables), and a selection of pasta dishes, including  vegetarian Pasta Bolognesa de Hongos (mushrooms).

For dessert, one of my dining companions ordered flan, which was impressive, made of almond milk and organic eggs, and garnished with berry sauce, which he declared he would order again.

He likewise said he enjoyed his enchiladas, although they didn’t taste exactly like others he had previously eaten, probably due to the whole grain tortillas. Ditto for me on my small pizza, made with almond cheese and topped with basil and even an extra of organic bacon, which I couldn’t resist. My pizza and lemonade cost a reasonable 150 pesos.