The Charros de Jalisco will make a last-ditch effort to qualify for the Mexican Pacific League post season, with two home series scheduled December 16-18 and 25-26.  The post season begins on January 1.

The Charros, the 2021 champions, have had a season mostly to forget, although their results in early December have given fans some hope.

The Zapopan-based team has propped up the baseball league’s standings for almost the entire season, and only moved off the bottom of the 10-team table last weekend after a 2-1 series win against the Cañeros de Los Mochis. 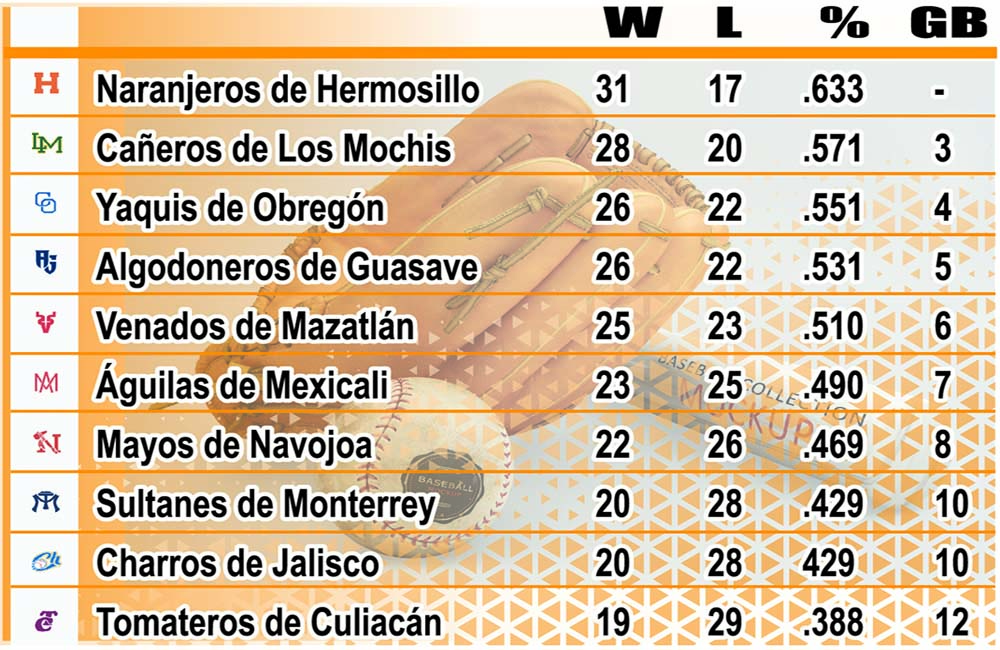 The Estadio Charros is located at Calle Sta. Lucía 373, Colonia Tepeyac, Zapopan, a few blocks from the northern periferico and the Auditorio Telmex, where there is parking available.