Guadalajara will be one of more than 150 cities worldwide participating in Saturday’s World Naked Bike Ride, the international clothing-optional event in which cyclists meet and ride together en masse to promote cycling and fight against oil dependence in transportation.

The dress code motto is “bare as you dare.”  Guadalajara first participated in the event, which began 19 years ago, in 2011. 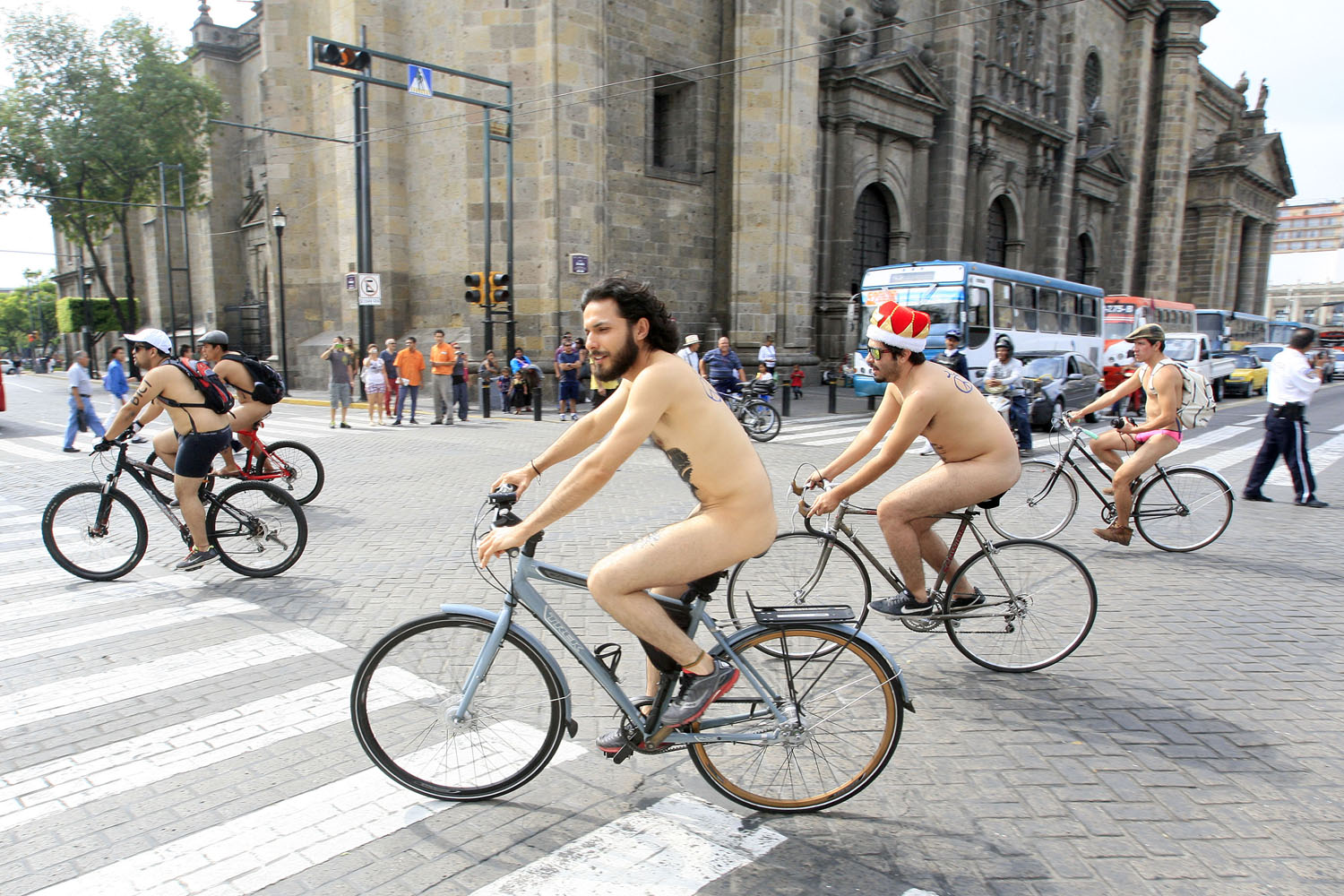 All cyclists are invited to take part in the ride, say organizers. They will gather at 3 p.m. Saturday, June 11, at the Plaza Clemente Orozco on Avenida Vallarta, next to the Los Arcos monument. The 23.2-kilometer route will head to the downtown area, returning uptown on Avenida Hidalgo, then along Lopez Mateos, Guadalupe, Niño Obrero, Lazaro Cardenas, Las Rosas and Mariano Otero to the Monumento Niños Heroes (Glorieta de los  Desaparecidos). Estimated time: 105 minutes.