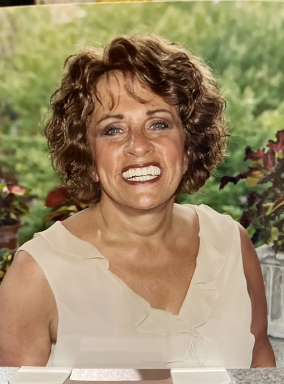 Born in Chicago, Illinois, to Mamie and Harry N. Gross, Barbara grew up in a small but cozy four-apartment building, moved to a coach-house in Lincoln Park, and eventually into a high-rise on Lake Shore Drive.

She graduated from Mather High School in West Rogers Park and obtained a degree in fine arts from the University of Illinois. She was an art educator in inner-city schools before beginning her life-long career as an entrepreneur and business innovator.

Each decade brought a new career focus. In the 1970s, she ran estate sales. In the 1980s, she and Bloom formed Bloom, Gross, and Associates, recruiting public relations and advertising executives for major agencies and Fortune 500 corporations. During that time, she squeezed in a six-month stint working on a cruise liner. In the 1990s, her career took her all over the world, with Mexico becoming one of her favorite destinations and eventually her target home for retirement.

In 2000, Barbara formed Right Brain Enterprises, dedicated to the wholesale home décor and gift industry. She represented some of the top contemporary design manufacturers from her showroom in the Merchandise Mart, including Chilewich products which she launched into Crate & Barrel, thus making them a well-known housewares name.

Barbara was such a fan of music (especially blues and Latin), movies and certain TV series, that she became a media connoisseur. For many of her friends at Lakeside, she was a go-to person for technology consulting.

She moved to Lakeside in 2011, and enjoyed visiting the cultural treasures of Guadalajara’s museums, learning Spanish, participating in line and Hawaiian dancing, supporting local fundraisers, traveling to Mexico’s Pueblos Magicos and haciendas, and embracing regional and local cuisine.

She was superior at pricing the donated and consigned items at Todo Bueno Bazar for a few years.  She developed very close friends at Lakeside from a variety of backgrounds and nationalities, but she always stayed in frequent contact with her mutually devoted friends in the United States, her dear friend Gladstone Brown from London, and her traveling buddy and loving friend Martina Savoldo in Italy.

Barbara leaves behind her sister Jan Rotter, brother-in-law Jerry Rotter, nieces Casey and Jamie (Jordan), nephew Joey Rotter, and great-nephew Jaxon Rosenberg, along with a host of grieving friends. They take some comfort in knowing that she did indeed embody her professed life ethic: “I did it my way.”

Charles Elliott Giles died January 11 in Chapala at the age of 81. Born June 3, 1939, “Chuck” went to live with his grandparents in Newcastle/Damariscotta, Maine, at eight years of age, when his parents died in a boating accident.

He earned Bachelor of Science and Master of Legal Studies degrees from the University of Maine, and his last position was as Senior Supervisor and Librarian at Electric Boat, Groton, Connecticut.

Chuck married Martha Emery in 1962. His second marriage, in 1980, was to Donna Mansfield.

Before he contracted MADSAM (multifocal acquired demyelinating sensory and motor neuropathy) 12 years prior to  his death and could no longer walk, Chuck had climbed all the mountains both north and south of Lake Chapala, the twin peaks of Mt. Garcia, many of the 4,000-foot White mountains in New England, and several hundred miles of the Appalachian Trail.

Chuck was a known dog lover. Every dog went on alert when he wheeled himself into the American Legion on his scooter. Donna and Chuck were known to celebrate their love every year with a luncheon for friends and a renewal of their marriage vows. Chuck was also very proud of the fact that last October he celebrated 48 years in the Alcoholics Anonymous program.

Sharing some of her memories, Donna says: “He would wait patiently for hikers behind him because he wanted to share the majesty of the mountaintops … he was an eloquent extemporaneous speaker … the best hugger around … was endlessly forgiving … read 3 to 5 books a week ... made me laugh every morning before my feet hit the floor … remembered every compliment he ever got… never told a story the same way twice so one never tired of hearing them …  asked, in fun, to have a five-day funeral so people would have time to say ALL the nice things about him.”

There will be a Zoom memorial on Chuck’s birthday, June 3. Send your email address to Dan Schaller, at This email address is being protected from spambots. You need JavaScript enabled to view it. to receive a link to the event.