Michael Molloy died peacefully July 8 in his Ajijic home, after a courageous battle with a malignant brain tumor. 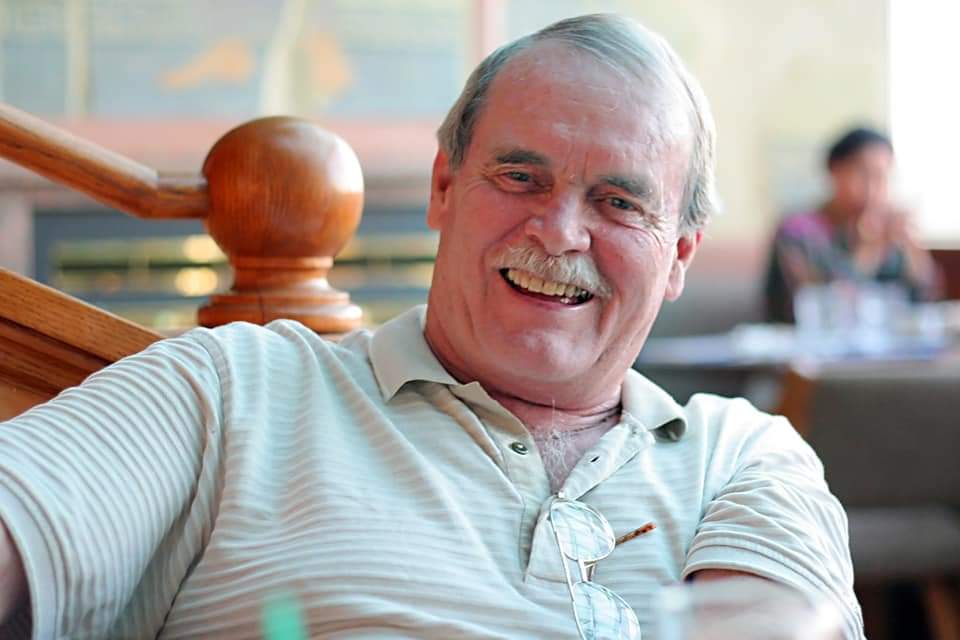 Michael was born June 24, 1938 in Lachine, Quebec. He grew up in Williamstown, Ontario until age 14, when he moved with his mother and sister Patricia to Vancouver, British Columbia.

Michael worked for 38 years for a small conglomerate called Ince Holdings, owned by members of the Guinness family in London, England. He started as a truck driver for the Boyd Distributors division of the company in Vancouver. He quickly moved up the company’s ranks, and for many years was CEO of four companies owned by the Guinness family, primarily in the United States and Canada, as well as an import arm in Asia.

Michael married the love of his life, Monica, on April 26, 1991 in Calgary, Alberta.

The highlights of his life were his three children: daughters Kelly and Mikhaila, and son Sean.

After Mikhaila was born, he often flew her and Monica to meet him in the countries where he was doing business.

Michael always took the time to make frequent calls on his family members. He became a mentor for many of their endeavors throughout their lives, as he was with his daughter Mikhaila.

Upon retirement in 1993, Michael and his family moved to Scottsdale, Arizona. There, he purchased three homes and land, and also flipped many land deals in the United States and Canada before moving the family to Ajijic in 1997.

At Lakeside, he joined the Atlas Golf and Country Club, the Canadian Club and Notary Club. He loved golfing, fishing on his boat in Vancouver and, later, boating with his wife on what sailors refer to as a stinkpot (a gas-powered boat)

As a wine aficionado, he was disappointed with the selection of wines at lakeside and in 2006 founded and presided over Purely Canadian International, a business importing and distributing wines from Chile, Argentina, France, Italy and Napa Valley. He set up new distributors around Mexico – from the Costalegre area in Jalisco to Merida, Yucatan – and attended many wine expositions throughout the country.

Being an avid community supporter, Michael offered special pricing for many of the lakeside charities and music festivals, providing delivery, pick up, tables, corkscrews and coolers. Two of his favorite charities were Niños Incapacitados and the Northern Lights Music Festival.

For fun, Michael showed his humorous side by dressing up in theme for the Niños Incapacitados gala every March, where he, Monica and many friends would sell wine. He loved singing and whistling, and knew the words to many songs of his era.

His favorite Ajijic pastimes included sitting outside viewing the panorama, smoking a good cigar and drinking a glass or two of champagne, even up to the last month of his life.

Michael always looked at the bright side of life. He had a great sense of humor, was always smiling and his happy nature attracted many people to him.

He was a gentleman, and an outstanding husband, father and companion, his friends and family confirm.

Michael was preceded in death by his sisters Karla Major and Patricia Molloy, his daughter Kelly and his brother Gilbert. He is survived by his wife, Monica Molloy, daughter Mikhaila Molloy Taylor, son Sean Molloy and son-in-law Mardy Rust, grandchildren Michelle Semenick and Simeona Molloy and great-grandchildren Christopher and Emma Semenick and sister-in-law Helene Molloy.

As per his request, an Irish wake with a Mexican flair will be held Sunday, July 18, at Nicholas Bravo 35 (entrance on the lake side) in Ajijic from 2 to 4 p.m. Condolence cards may be left at the entrance, and if you wish to make a donation to cancer research, it would be much appreciated.