Esteban Arevalo does not like to categorize his work, which covers multiple themes including urban scenes, eroticism and animals. Travel abroad has deeply influenced his work, which he says reflects many stages of the human experience. Open Tuesday-Sunday, 10 a.m. to 8 p.m.

Mexican star back at the Met Opera 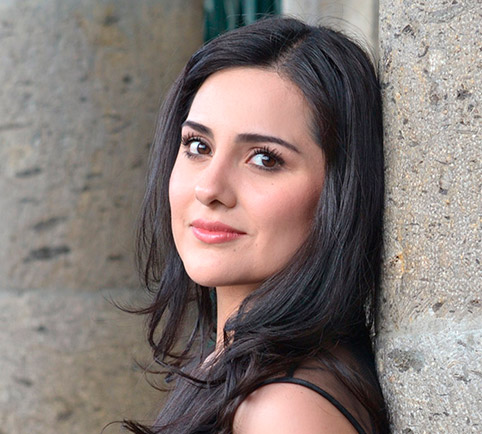 Cassandra Zoe Velasco is considered one of Mexico’s rising opera stars and can be seen in the New York Metropolitan Opera production of Dvorak’s “Rusalka” that will be telecast at the  Teatro Diana on February 25.  She will be taking the role of one of the nymphs.  Velasco made her debut with the Met in Tchaikovsky’s “Iolanta” in 2014, alongside acclaimed soprano Anna Netrebko. The 28-year-old took the stage of at the Degollado Theater in Guadalajara for the first time as Maddalena in Verdi’s Rigoletto in November 2015.  She has won a slew of prizes at opera competitions during her career and critics say she is destined for great heights in the profession.

The American Society (Amsoc) will double up on Thursday, February 16, hosting its Valentine’s Day lunch, and installing its board of directors for 2017. The meal includes tossed salad, baked ham slices with pineapple glaze, corn casserole, and chocolate cake for dessert. The cost is 150 pesos.