If Leonardo da Vinci were around today, I believe he would have conceived the smart phone, Space X, the entire Museum of Modern Art, plus cold fusion.

Then, in his spare time, he could help you with your aortic heart valve surgery. Let me tell you why this is a legitimate notion.

The three most famous, most universally recognized and most hand-copied images ever created by man were produced by one of star-stuff’s greatest creations, a cosmic phenom more improbable than dark energy: the brain of Leonardo da Vinci. And this year, tributes to the man are emerging around the world because it is the 500th anniversary of his death.

What is the probability that among the hundreds of thousands of artists and sculptors over the centuries who have produced magnificent artwork, that the three most recognized and famous images, even today, could come from the mind of one person 500 years ago?  (Five hundred years from now, will “Avengers,” “Avatar” and “Jurassic World” still be the most popular and recognized movie images of all time?)

Leonardo’s Father, Ser Piero, a notary, didn’t know what to do with his illegitimate son. Social norms then wouldn’t permit him to route Leo through traditional, respectable learning institutions, so Leo’s first training came in a local abacus school for commercial math. This would be the equivalent of  80-year-olds sitting through tantric sex classes.

Deprived of any formal education in literature, Latin and Greek, geometry, and science and so on, Leo, with his voluminous curiosity, was driven to self-educating, but in a way that was well beyond any university curriculum of the day. If not for this, Leo would have become the Renaissance’s most artistic accountant.

For six years, in the studio of a previous artistic master, Andrea del Verrocchio, Leo learned the latest techniques in artistic and technical skills: metal working, working with leather, the finer arts, carving, sculpting, and of course drawing and painting. By the age of 20 he was accepted into the Craftsman’s Guild of Florence and had opened his own studio.  Once freed from traditional training, Leo’s curiosity took him deep into the realms of every art and science known to man. No equivalent to Leo exists to this day.

The three images here explain a lot about his genius. 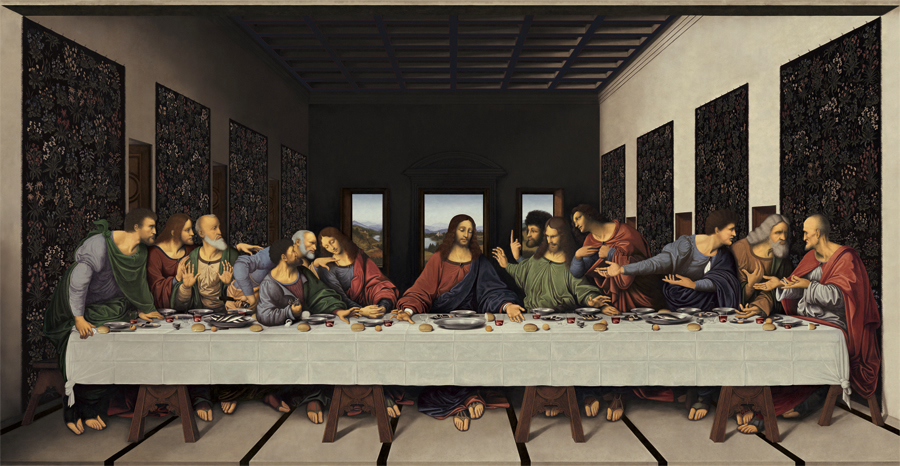 The most immortal of his contributions during his early period at the Milanese Court of Ludovico Sforza (then, the most powerful man in Italy)  was “The Last Supper,” a painting packed with human psychology, emotion, drama and uncanny character notes, which was a single ground-breaking achievement in art. 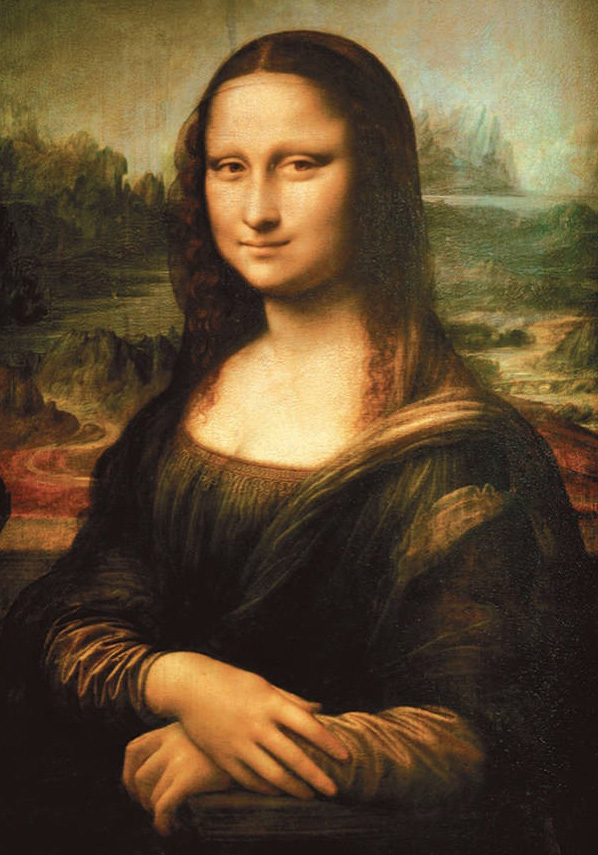 Yes, she’s mesmerizing and mysterious, but how did he do it?

The answer? She’s just an ingenious magic trick. She’s all about several subtle, even revolutionary techniques, both artistic and scientific: 1. Sfumato, brush-stroking that allows color and tone transitions between lines, which effectively removes any lines, and gives a sense of three dimension. 2. Chiaroscuro, using light and shadow to deepen the space around and within the subject. 3. The perception that Mona Lisa is flirting with you from any angle of view – accomplished through Leo’s understanding of optics, human peripheral vision and the multi-angles of a viewer’s ambient light. 4. His painstaking layering of fine and almost transparent coats of skin color, giving a new naturalism to portraits at the time. Voila! The immortal mysteries of the famous lady and her smile. 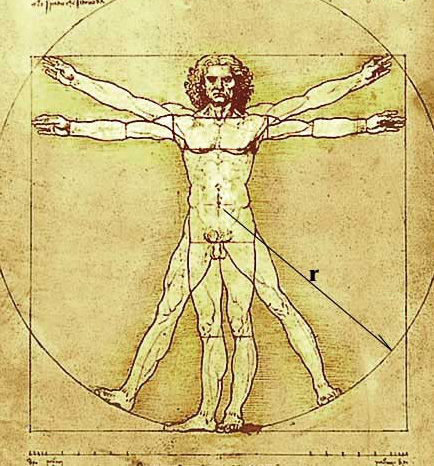 Vitruvius was a Roman architect and engineer. He had a theory of physical beauty that was mathematical. Leo studied it and spent time trying to confirm the great Roman’s theories. “The Vitruvian Man” (which, by accounts from historians from every century, may be a self-portrait – an ancient sexting image) attempted to demonstrate that the length of a man’s arms were equal to his height and other anatomical relationships responsible for anatomical beauty. (You know ... the way you feel after dieting?)

But there’s far too much more. I have only this modest column to explain him. Leo, somebody told me, was also an inventor, engineer and master of all the known sciences, as one small afterthought.

In Guadalajara, we’re lucky to have the Da Vinci exhibit at Palcco still up. Go if you can. It’s worth the trip (see sidebar, left).