The Akron Stadium in Guadalajara will host games in the 2026 World Soccer Cup, to be hosted jointly by the United States, Mexico and Canada, FIFA,soccer’s  international governing body announced Thursday. 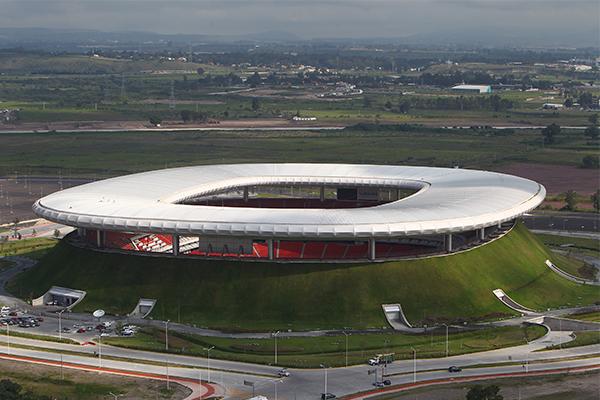 This will be the third time Guadalajara has been a host city for a World Cup. First-round and knock-out phase games, including semi-finals, were played at the Jalisco Stadium in 1970 and 1986. The Estadio Tres de Marzo also hosted group stage games in 1986.

FIFA ruled out playing games at the Jalisco Stadium due Ito its age and somewhat dilapidated condition.  The Akron Stadium, home to the Chivas, Mexico’s most popular team, opened in July 2010, and has a capacity for 48,000 spectators.

The stadium was also the venue for the opening and closing ceremonies of the 2011 Pan American Games.

The 2026 World Cup is set to be expanded, with 48 nations, instead of the current 32, competing in the finals.