The massacre in Orlando, with its record number of dead, leaves us afraid that nothing more can be said, except that another one is coming.

Forty-one Mexican firefighters have left the country to help fight the wildfires ravaging the Canadian province of Alberta.

Even though it is spring and November seems a long way off, this is the ideal time to apply online to participate in the upcoming American election, say activists charged with getting out the vote among the expat community in the Chapala and Guadalajara areas, as well as in other parts of Mexico.

Over the course of the past few days we have added new words to the lexicon “Panama Papers” – millions of documents leaked from a Panama law firm.

Six Jalisco businesses have been used to launder illicit profits on behalf of one of Mexico’s most powerful drug cartels, according to the U.S. Treasury Department’s Office of Foreign Assets Control (OFAC).

A Guadalajara university graduate has claimed a prestigious engineering award in the United States. 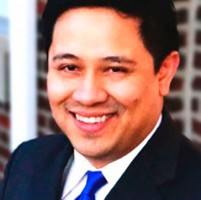 Daniel Sujo was picked from the nominations to win this year’s Delaware Valley Young Engineer of the Year Prize. The award is organized by the Engineers’ Club of Philadelphia, one of the oldest professional clubs in the United States, with a 135-year history of promoting engineering in the United States.

He continued his studies in the United States, earning a master’s degree in Chemical Engineering from Rowan University, New Jersey.

After finishing his studies, Daniel remained in New Jersey, building an impressive resume as he rose through the ranks of Siegfried, a pharmaceutical manufacturer, and Ferro Corporation, a technology firm.

In 2012, he joined Inolex in Philadelphia, where he is currently based.

The Engineers’ Club of Philadelphia recognized Daniel’s focus on social justice and equality, and noted that his engineering work has a particular focus on sustainability.

From March, Mexico plans to deliver data to the United States on all Americans with investments in Mexican banks of more than US$50,000.