The 70-year “curse” hanging over the city’s Atlas soccer team ended Sunday, December 12, as the rojinegros (red and blacks) defeated Leon in the final of the Liga Mx championship. 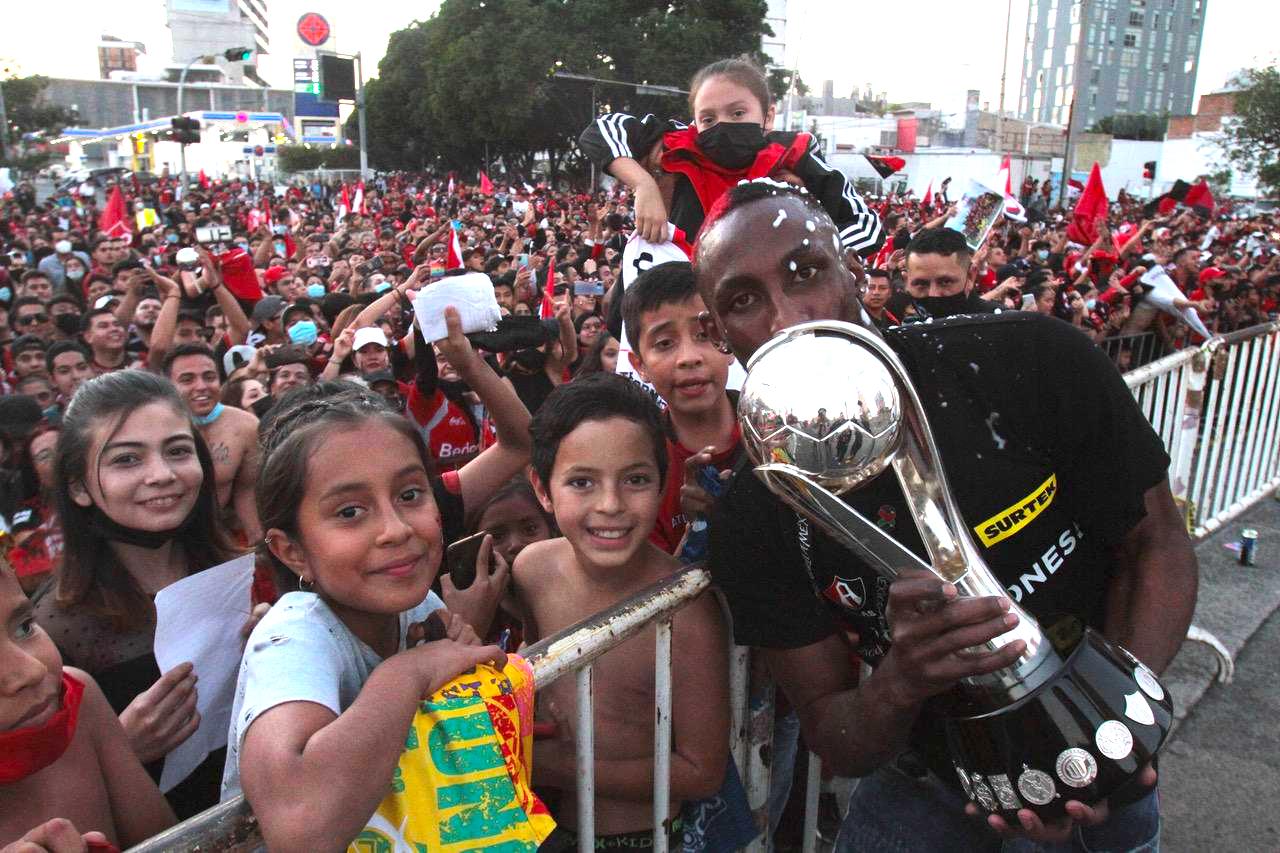 Guadalajara’s 61-year-old Jalisco Stadium had rarely experienced nights such as this, filled to the rafters (despite Covid) with hyped up fans, a few in their 80s and 90s, who remembered the last (and only) time Atlas won Mexico’s top soccer crown, back in 1951.

Hours before the kickoff, fans lucky enough to obtain tickets congregated outside the stadium to soak in the atmosphere, while thousands of others headed for the Niños Heroes Glorieta to watch the game on a giant screen.

The noise inside the stadium was deafening from the start, with Atlas’ hard-core “Barra 51” and “La Fiel” groups of fans inspiring all 50,000 present to join in their chants.

Having lost Thursday’s opening game in Leon 2-3, Altas needed a goal in the return leg to maintain their hopes of winning the title.  Despite the non-stop chanting by fans, the team toiled in the first half, unable to make that important breakthrough. The goal eventually came thanks to a clever header from captain Aldo Rocha in the 55th minute. The fans booed and whistled as the video referees took an age to check for a possible offside, but cheered at full volume when the goal was given.