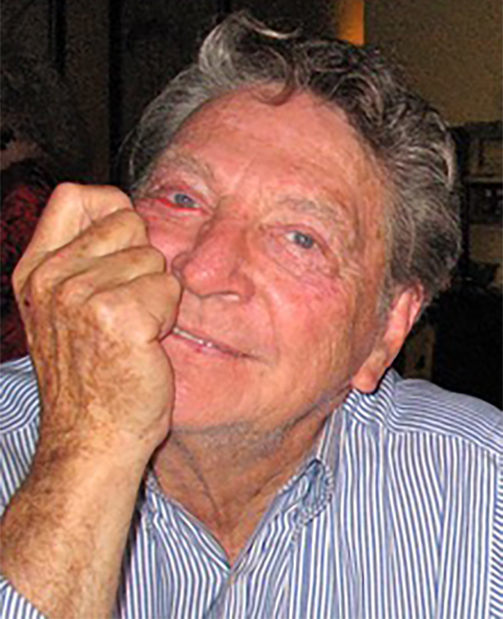 Tod lived a charmed life ever since he was born Raymond Arthur Johnson on September 21, 1929, in Oklahoma.

As a youth in Tulsa, he studied theater and was discovered at the age of 18 years by a producer who gave him a starring role in an off-Broadway play in New York. His roommate during this time was Montgomery Clift.

Later, he moved to California to be a student at the Pasadena Playhouse. There, he was “discovered” by Ingrid Bergman, who cast him in her movie “Joan of Arc,” and helped him garner a contract at 20th Century Fox.

During his Hollywood years, with his beloved partner Ektor Carranza, he produced documentaries for which he won three Oscars. Tod had many, many stories about his encounters with the glitterati of Hollywood, including an occasion when he danced with Marilyn Monroe!

Upon retiring, Tod and Ektor moved to Mexico. They were very involved in the Lakeside Little Theatre, and spent many years designing dozens of exquisite, applause-inspiring sets. He also acted and directed several LLT productions to rave reviews. The couple also played important roles in the fundraising activities for building LLT’s permanent home, which opened for its first production in 1988.

Tod was involved in many other activities within the community. He edited an English-language section for the newspaper El Charal for several years, formed the Lakeside Community Awards, honoring outstanding local citizens, and was one of the founders of the Culinary Arts Society of Ajijic (CASA). In addition, he wrote a regular column for the Ojo del Lago celebrating various movers and shakers in the Lakeside community and served as historian of the Lake Chapala Society for a number of years.

Tod was a force of nature and one of Lakeside’s most salient icons. He and Ektor lived happily for many years in a magnificent house in La Floresta, where they had an entire “Joan of Arc” room filled with all of their Hollywood memorabilia.

After the loss of his lifetime partner in 2010, Tod’s health declined and he later moved, with another of Lakeside’s sparkling and enduring talents, Joyce Vath, to Fairhope, Alabama. There, he happily spent his time producing his own popular radio show at the WABF station for more than five years, and also working with the local theater and church. He campaigned for Fairhope Mayor Tim Kant, worked on the annual Film Festival, “Champagne and Chocolate,” at the library, and organized the history records for Theatre 98. He was a member of St. James Episcopal Church in Fairhope, Alabama, and participated in many of its activities.

His funeral was held Wednesday, January 20, in the Church at St. James.

If you ever noticed gorgeous shining silver in Emmy’s Thrift shop in Fairhope, it’s because Tod shined it! He loved that task and did it faithfully for several years.

As Vath said, “We’ll all miss you Tod, but we’re sure God has something in heaven He needs you to do.”